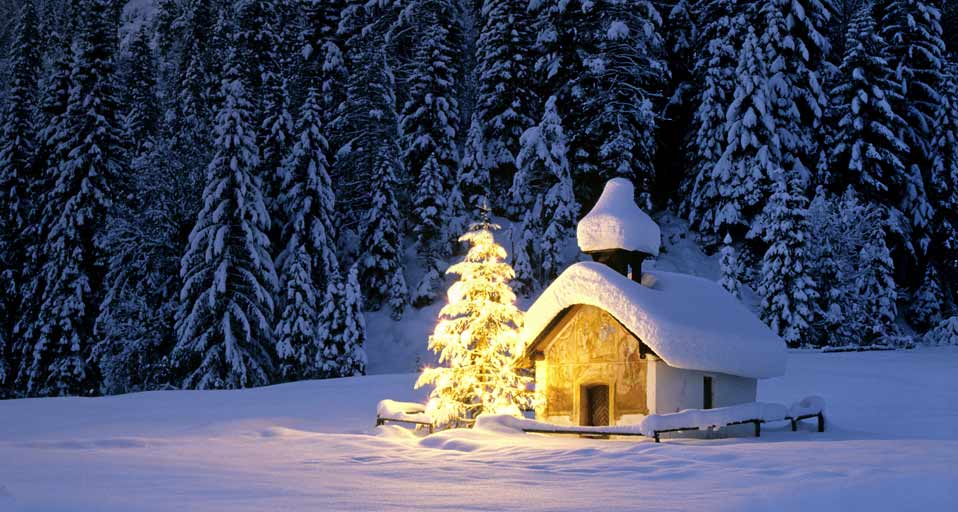 “Silent Night”, a song of great hope, was born out of disappointment. Here’s the real story…

On Christmas Eve in 1818, almost 100 years ago, Pastor Joseph Mohr was trying to remain calm. He was the minister of St. Nicholas Kirche in a small Austrian village called Oberndorf. His carefully planned Christmas Eve musical program was in danger because the church organ had broken down.

In a moment of inspiration he remembered a Christmas poem he had written two years earlier. He quickly rode his horse to the next village where his friend Franz Gruber, the church organist, lived. In just a few hours Gruber was able to produce the first version of the Christmas carol “Stille Nacht” with guitar accompaniment. Together they performed it that night in church. This beautiful song has been translated into 140 languages, and is the most popular Christmas carol in the world.

My daughter, Sarah, is trying out for a major part in a play that will be performed next year by Christian Musical Theater. As we went on our daily walk recently we discussed the possibility that she might not get the part she so wants. We talked about the good that could come from the potential disappointment.

Imagine this: God, the Creator of the universe, is about to send His only Son into a world filled with people who are His enemies. Not only will He be separated from his beloved Son, but He is knowingly sending Jesus into the world to die. The Father is willing to make this great sacrifice because He knows that with His Son joy has come to the world.

The year 2013 has been a tough one for many of you. Some of you have experienced emotional problems or financial difficulties. Some have dealt with serious health problems or the loss of a home or a job. Some have even lost loved ones.

But today God brings you good tidings of great joy! He has sent His Son, Jesus, to bring beauty from ashes. Because Jesus came into this dark world and brought His wonderful light, we have hope and joy despite disappointments and tragedies - even in the midst of them.

So rejoice! As we receive the Son, we receive His joy and His peace - peace that passes all understanding. The world cannot understand how we can have peace and joy while we experience difficulties or tragedies. Those who do not have the Son of God living within them don't realize that our joy and peace did not depend on circumstances. They come from within.