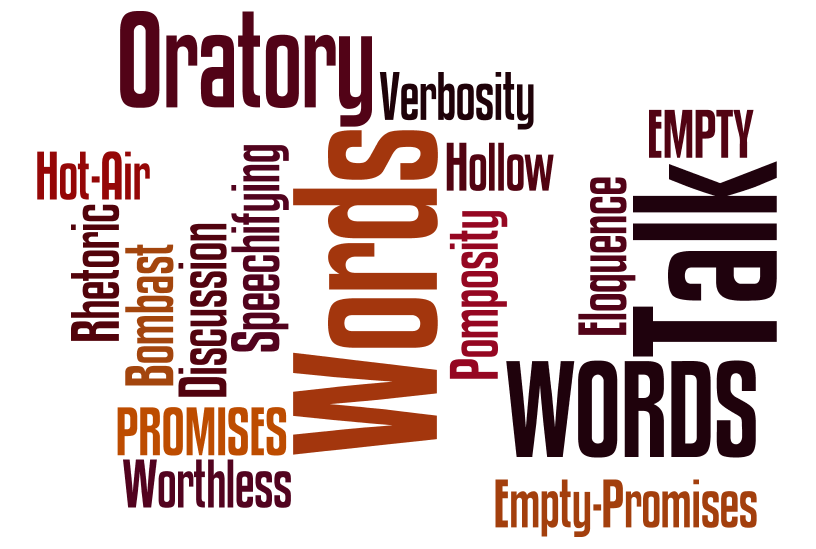 Obama has worn out the phrase “Income Inequality.” In fact, last month he used the word “inequality” 26 times in just one speech. So now he has come up with a new phrase. He seems to think that rhetoric is more important than reality.

Conservatives have blown the whistle on Obama’s use of this shallow phrase. They have pointed out that “Income Inequality” is nothing more than Obama’s rehash of Soviet Russia’s empty promise of equal pay for all Communists. By the way, how did that work out for the Russians? Oh, yes, the Communist Party members got richer, and the workers got poorer. Some “Worker’s Paradise!”

But under Obama’s spell the Democrat Party, the heirs to the mantle of the failed Communist Party of Russia, has become re-enamored of the concept of taking the labor of some and giving it to others. Of course their promise to “Redistribute the Wealth” is not born out of a desire to really help the poor. It’s their tried and tested way to get votes. Promise them everything and give them nothing, knowing that many will be dumb enough to keep voting for the promisors.

So “Income Equality” is out. And, presto, just in time for the State of the Union Propaganda Address, there’s a new phrase: “Ladders of Opportunity.” That’s right. Obama and Company have adopted the Conservative rebuttal to their tired promise of equal pay. On countless occasions we have heard Republican leaders say that the Constitution does not promise equal pay, but it does promise equal opportunity.

If it works, count on Liberals to steal it. So the memo has gone out: Don’t talk about “Income Equality” any more. It’s not working. Overnight it has disappeared from the White House propaganda websites, the memos and the talking points bulletins. All Democrats and other Socialists have their new orders: Talk about “Ladders of Opportunity." Expect that phrase to come up often next Tuesday.

The problem is that while the words have certainly changed, their policies have not. Here’s how Americans view the whole “Income Equality” concept: Faced with such a poll, Liberals think, “Well, obviously those words aren’t working. So, let’s hunt up some new words.” But what you won't ever hear them admit: “Gee, I wonder if the problem was not with the rhetoric, but rather the stupid unconstitutional policies?”

Obama has tried to weave Socialism into the fabric of our society from his first day in office. How has that been working out for Americans? About as well as it did for Russians. In the five years Obama has been in office:
Obama talks a lot about “creating jobs”. In fact his Senior Advisor, Dan Pfeiffer, announced today that “If Congress doesn’t act, the president will.” He continued, saying that “The President has a pen and a phone,” and if Congress doesn’t see things Obama’s way, he will just bypass Congress.

I don’t have a problem with Obama using his Blackberry. He can lobby any politician he wants. There is, however, a problem with his use of Executive Orders. (See my article, “Dictatorship by Executive Order”. LINK below.) The Constitution gives only Congress – not the Executive Branch –  the power to legislate. Stating that he will substitute Executive Orders for laws passed by the People’s representatives borders on treason.

By the way, Obama has come up with a new phrase for “Executive Orders,” since Americans have figured out that the phrase means “Ignore the Law”. He’s now calling it “Executive Action”. More words.

Instead of working with Congress on programs that will increase real employment, he will announce next week a renewed push for immigration “reform.” Bringing in millions more illegal aliens will only make it harder for Americans to find jobs. He claims that the illegals take on jobs that American citizens won’t. All I can say to that is that if my family is hungry, there is no job too menial. I have dug ditches, and would do so again if necessary.

I have a suggestion for Mr. Obama. Since the only way to increase jobs is to grow the economy, why doesn’t he explore some of the many laws the Republican House has passed (but the Democrat Senate has ignored) which would stimulate the economy? Oh, right. That would require him to do what he has repeatedly said he would do – act in a bipartisan manner and be the president of ALL the people.

Lesson from Lincoln: Mr. President, You're Talking Too Much
http://www.cnn.com/2013/11/18/politics/lincoln-long-speeches/