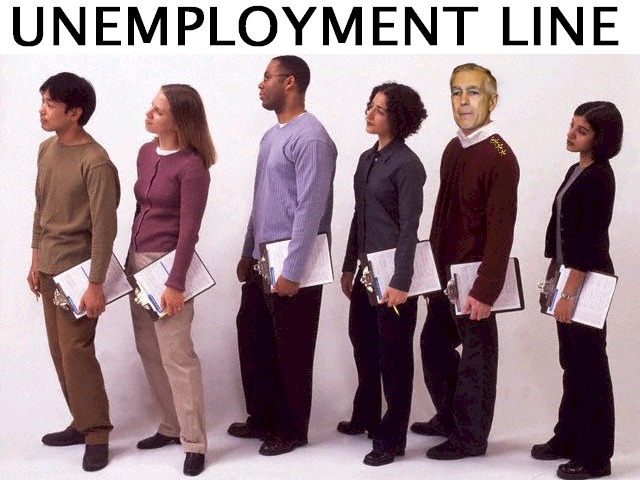 Fact: 17% of men and 30% of women of working age in United States are not working. The survey data is drawn from people of ages 25 to 54. How can that be when the government tells us the unemployment rate is less than 7%?

Note that the survey did not include people of retirement age, nor did it include young people of college age. The story only included people who should be working, if we had a working economy.

Why is there such a huge disparity between what the government tells us and reality? The simple answer would be to repeat the old joke: “How can you tell when a politician is lying? See if his lips are moving."

But the deception is more than just simple lying. They're twisting and distorting statistics. For example, the labor department does not count these people as unemployed:
1) People whose unemployment benefits have run out.
2) People who have given up, and stopped looking for work.
3) People who need full-time work, but can only find part-time work.
4) People who are underemployed (meaning their employment pays them only a fraction of their former job, so they are living off their savings).

Any reasonable person would agree that all these people should be listed as unemployed. For example, if someone is unemployed and they are drawing unemployment benefits, the government says they’re unemployed. But when the benefits run out - even though the person is still not working - the government's deceptive doubletalk says they are not “unemployed.”

You have heard that the “Labor Force Participation Rate” is at the lowest in recent history under Obama. That’s what we’re describing. Not the “official” unemployment rate, but the actual number of people who want to be – and should be – working.

Obamacare is about to dramatically increase the number of unemployed people in United States. The head of the Congressional Budget Office (CBO) testified before Congress last week that Obamacare will be directly responsible for the loss of between 2 and 2 1/2 million US jobs.

Douglas Elmendor, the Director of the CBO, testified that the "Affordable Care Act" will "create an incentive for people to work less." He said that lower income workers will either quit their jobs or cut the number of hours they work in order to get Obamacare subsidies.

He went on to explain that as poor people get promotions that increase their paychecks, this will result in the loss of Obamacare subsidies for their health insurance. So many will refuse the promotion or will work fewer hours in order to keep the free government money.

As we discuss this, remember two important facts. First, work, and a good work ethic, built America. Obamacare further advances the liberal agenda of creating a bigger dependent class. Second, more people with jobs translates to a stronger economy. So a larger dependent class not only weakens the economy, but by extension it weakens our national security (since less money is available for defense).

The liberal press thinks that this is a step in the right direction. The New York Times recently ran an article titled, "Freeing Workers from the Insurance Trap." The article misquoted the CBO report as follows: "A new report found by reducing the number of full-time workers, the healthcare law would have a liberating impact for millions." How these liberal dunderheads can think that a man losing his job is "liberating" is beyond me.

As a direct result of Obamacare 44% of US firms are discontinuing healthcare plans they used to provide for their employees. The Congressional Budget Office estimates that 6 to 8 million people will lose their employer-based healthcare insurance. And 48% of US companies have reported that they are cutting jobs as a result of Obamacare. How can the White House possibly spin this as something positive?

Remember that Nancy Pelosi, once the top Democrat in the House of Representatives, promised that Obamacare would create 4 million new jobs. Now the government accountants are telling us that we will lose over 2 million jobs. Over $1 trillion in income will be lost, and $2 trillion in subsidies will be paid out as a result of Obamacare. Where will this money come from?

How does the White House answer the criticisms of the non-political Congressional Budget Office? Through its Press Secretary, Jay Carney, it says the fewer jobs and fewer work hours are actually a good thing!

He says that this will allow people more leisure time to spend with their families. They’ll be able to enjoy  hobbies like painting or gardening. And they’ll reduce stress by not working so hard. Or - they can just quit and “pursue their dreams.” All wonderful ideas! – if you can afford them.

You see, Jay Carney is a rich guy, like his boss. So perhaps he can be forgiven for not understanding that fewer hours might mean that the electric bill doesn't get paid. When he foolishly prattles about “freedom from work," he probably doesn't understand that for most people that also means "freedom from eating."

Rich Liberals are typically well-meaning, but stupid people. They really think that their harebrained plans to control every aspect of the economy and our lives will benefit people. When I say that they are well-meaning, I really believe that. But I also believe that they are moronic in their thinking, because they refuse to learn from history.

All of the Liberal policies of the last eight decades are adapted from Socialism and Communism. If Liberals need proof as to where their policies are taking this country, they need only look at the former Soviet Union. The USSR ended up ruined, demoralized, and fragmented.

Let's not go there.