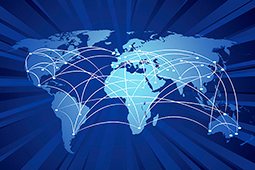 It cost the US $375 Billion and 22,000 lives to build the Panama Canal. Jimmy Carter gave it away to a Communist dictator.

Contrary to Al Gore’s repeated claims, he did not invent the Internet. The US Military did that, at great cost. Obama is about to give it away – but no one knows to whom he’s giving it.

After Jimmy Carter left office, the popular joke was, “I don’t know why everyone is mad at Jimmy Carter. He didn’t do anything.” While it is true that during his four years in office, he didn’t do anything for the United States except plunge us into massive inflation, he was the best president the Communists ever had in the White House.

1) Within hours of his inauguration he removed the US missiles that defended our ally South Korea hoping to
appease the USSR. Instead, they saw it as a sign of Carter’s weakness, and refused any similar concessions.
2) Carter cut off aid to El Salvador, which was fighting a Communist insurgency.
3) But he gave more than $90 million in aid to the Marxist Nicaraguan Sandinistas.
4) He broke the mutual defense treaty with our ally Taiwan in order to give diplomatic recognition to Communist
China.
5) Worst, even though we had a renewable lease on the Panama Canal which we had built, Carter gave the
Communist dictator our rights, but paid him $400 Million as part of the deal. As a result, the Communist
Chinese now occupy our former military base there, giving them easy access to the United States mainland
with short-range nuclear missiles.

Apparently Obama, another one-worlder who is ashamed of the United States, has decided to follow in Jimmy Carter’s footsteps with regard to the Internet.

First, a little history. In a debate with Senator Bill Bradley, Al Gore stated, “During my service in the United States Congress, I took the initiative in creating the Internet.” Today he claims he never said that, but (unfortunately for him) it was caught on tape. One of those “inconvenient truths.”

The first development that could really be considered the “Internet” was a Defense Department project called ARPANet. No one knows how much money went into its development because everything the government does (including how much it spends for toilet paper) seems to be classified as secret for reasons of “national security.”

While it is true that many private companies played important roles in the development of the Internet as a commercial (as opposed to strictly military) communications network, it is important to note that almost all of these developments were funded by government grants. Either way, whether the government was responsible for the development, or (as some say) private enterprise played a significant role, there is one thing that is indisputable: The Internet was invented, developed and nurtured by America and Americans.

We also need to note that since its use has exploded worldwide, it has been America’s steady hand at the till by way of an organization we control named ICANN that has kept the Internet free, accessible and has largely prevented terrorist nations from using it as a weapon.

First, an easy one: what’s the www all about? It simply stands for World Wide Web. The www with a period is at the start of most names on websites (called Domain Names). By the way, unless the website has a poor programmer, it has not been necessary to use www for several years. You can simply type FoxNews.com, instead of www.Fox News.com.

Another phrase you will see used is TLD. It just stands for Top Level Domain. That implies that there are lower level domains, but most of us will never have to worry about them. The most popular TLDs are .com, .net and .org, although there are dozens of others (.name, .me, .us, etc.). One helpful tip is that every part of an email address or domain name up to and including the TLD is NOT case sensitive (meaning it doesn’t matter one whit if its letters are capitalized or not). People will tell you that certain letters in their email addresses or domain names MUST be upper or lower case. Don’t waste time arguing with them. Type it either way – it will get to the same place.

This leads us to IP addresses. IP stands for Internet Protocol. Protocol translates to “This is how we do things.” An IP address is a series of four sets of numbers separated by periods. Each set can be any number between 1 and 124. This represents over 270 million possible addresses. Each address is unique, like a phone number, and the IP Address is what your computer uses to find the computer hosting the website for the domain you want to visit.

We humans think in words, but computers think in numbers. I’ll bet you would have a hard time remembering 233.164.220.176, but you can easily remember JoesDonutShop.net (and it looks a lot better on your business card). You can type either address at the top of your Internet browser and get to the same website. But the numbers will get you there more directly.

Why? Because, since computers think in numbers, they need a translator. And there are thousands of these translators out there. They are called DNS – Domain Name Servers. When you type in JoesDonutShop.net your request doesn’t go to the website; it goes to a DNS. The DNS looks up JoesDonutShop.net in its huge database, and discovers that the real address of the donut website you want is 233.164.220.176. Your request is pointed to (forwarded) there, and suddenly beautiful photos of donuts are tempting your sweet tooth.

“That’s all very interesting, Tom, but what does it have to do with Obama giving away the Internet to some unknown entity?” To answer that, I have to tell you about one more group of letters: ICANN. ICANN is the Internet Corporation for Assigned Names and Numbers, which the US has controlled since 1999.

ICANN has not been perfect in its stewardship of the Internet. What government agency is perfect, or even close to perfect? But I would much rather have an imperfect and fair American organization controlling our invention, than mega-corporations, powerful individuals with political motivations, or terrorist nations.

"Aren't you being an alarmist, Tom?" Not at all. Next year, unless Congress acts, ICANN will be turned over to an unknown organization, which the Obama administration insists, "must have broad community support from Internet users. Governments and companies." This mystery organization must also "maintain the security, stability and resiliency of the Internet Domain Name System."

I predict that the new organization will be yet another sub-organization of the wildly successful United Nations. Remember them? They're the ones that include terrorist nations like China and Russia on their human rights Council. The UN wants to disarm American citizens. The UN is issued draconian carbon emissions rules that cripple US power companies, but allow China and India to continue polluting on a massive scale.

Yeah, I would trust the UN with running the Internet. Wouldn't you?

The most frightening thing about this lunacy is the potential for our enemies to use the Internet to bring America to its knees. Recently on ChristianFinancialConcepts.com best-selling author of the book "Secret Weapon,” Kevin Freeman, shared dramatic intelligence with us about how other nations are using economic warfare against United States. I highly recommend that you read his book. The link to his Webinar can be found in the Internet Resources section below.

There are probably few of our readers whose e-mails have not been hacked at some time by Russians. Unknown terrorists have performed tests on ways to use the Internet to bring down our power grid and even nuclear facilities. China is known to have government-sponsored schools that train hackers to attack the US government and commercial interests. And there've been thousands of attempts, some partially successful, to hack into our financial systems.

It's not merely that the US invented and developed the Internet at a great cost and should maintain as much control over it as possible, for the good of mankind worldwide. It's a matter of national security.

A Solution to Financial Terrorism (VIDEO by Kevin Freeman)
https://app.boxcn.net/shared/static/nax2x2lncy2kace6jg3o.wmv

US Government Pulls Out of ICANN
http://www.pcworld.com/article/2108780/us-government-to-end-formal-relationship-with-icann.html

Is the U.S. Government About to Give Away the Internet?
http://www.ideaslaboratory.com/2014/03/14/is-the-u-s-government-about-to-give-away-the-internet/