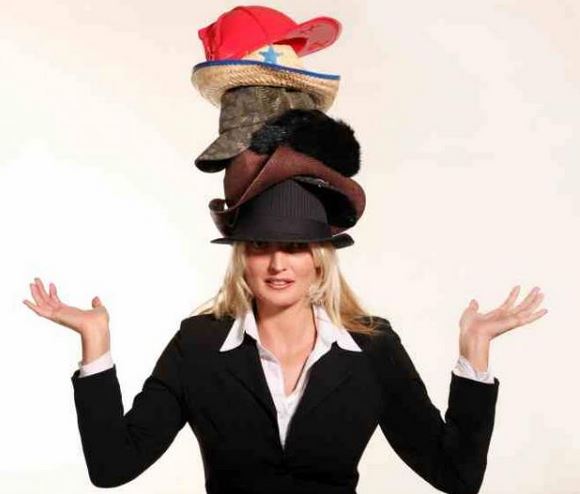 Ask a few people what they think the hardest job in the world might be. You will hear things like cop, firefighter, construction worker, school teacher - perhaps even President of the United States.

This morning in church our pastor played a video before he preached. It was a series of interviews with several people for a job titled “Director of Operations.”

As the interviewer described the job requirements we were allowed to watch the expressions of the interviewees. They ranged from incredulous to angry.

The interviewer said the person hired would have to be on their feet almost constantly, bending over, picking up objects, and must have a high degree of stamina. They would have to work at least 135 hours each week, with few, if any, breaks, and little opportunity to even eat lunch; the job must always come first. And they would often be required to stay up all night.

The company was looking for applicants with excellent negotiating and interpersonal skills, who ideally would have degrees in Medicine, Finance and the Culinary Arts. They would be required to wear several hats at once. There would be no holidays; in fact the work load would increase dramatically on Thanksgiving and Christmas.

Basically, they were told they would have to give up their lives, but the joy they would feel due to sacrificing so much for others would make it all worthwhile. And, by the way, the salary would be zero.

The comments of the interviewees were, “That’s crazy!” “That’s inhumane!” “No salary?” “Is that even legal?” and “You’d have to be insane!”

Then the interviewer asked, “What would you say if I told you that someone does that job under those conditions? In fact, billions do. They’re called Moms.”

You would think at least some of the people who were interviewed would have been angry over being fooled in this way. But all of them took it with good humor, and most expressed their appreciation to their mothers for all the sacrifices they had made.

Not surprisingly, writers on several Liberal websites were infuriated by the video – and by the whole idea of Mother’s Day. They said that all this talk about elevating and praising moms was “demeaning” to the female gender. I didn’t really understand what many of them were saying, but then again, little of what Liberals say makes sense to me. They just seem to enjoy being angry about everything that makes normal people happy.

In one way, I agree with them. I actually don’t believe in Mother’s Day. I realize that it is a special day set aside to show special appreciation to our very special mothers. But actually, every day should be Mother’s Day.

For example, many families sit down and eat a dinner every night that Mom somehow prepared in between changing diapers, making appointments, doing taxi service, and on and on and on. My daughter and I try to always thank my wife, Ana, for making dinner for us. It’s a small thing, but important.

I will often just stop and thank her for keeping a nice home for us. I thank her for taking such good care of us, for doing hundreds of errands each week, for remembering to buy the gifts for weddings. Frankly, I don’t know what we would do without her.

Ana took care of me when I almost got to go to heaven last year. She has homeschooled our daughter, Sarah, since kindergarten. Now she is coaching her as she is dual-enrolled in her last two years of college and her first two years of college. And she somehow finds time to do the bookkeeping for our business.

She supports me in my ministry. Unless I am out of the country, almost every time I preach, teach or lead worship, she is right there. She even proof-reads my writing (so she will see how much I appreciate her before you do).

Why have I mentioned the things she does for me as well as what she does for our daughter, Sarah? After all, this is Mother’s Day. Well, Ana likes to say that she has two children. And Sarah and I both like to jokingly talk about what a wonderful Mom “we” have.

I know that a lot of guys reading this will say, “My wife is just as cool, great, self-sacrificing, loving and wonderful as yours!” To which I say, “Write your own column!”