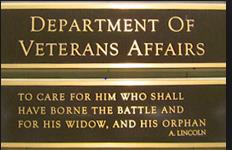 The terrorists who murdered 3,000 Americans on 911 get amazing (and fast) medical care. The ratio of detainees in the Guantanamo Bay to medical staff is an astounding 1.5 to 1. At the same time, American veterans, who fought to protect us from these murderous Islamists, suffer with a ratio of 35 to 1. This is obscene.

There are 150 detainees at Guantanamo, including the Islamists who have admitted to carrying out the terror attacks. They are served by 100 doctors, nurses, and medical technicians, thus the 1.5 to 1 ratio. If they have a sore throat or a sore toe, they receive immediate attention. No waiting at Terrorist Central.

By contrast there are over nine million veterans who receive Veteran’s Administration health care. They are served by 267,930 VA employees – a 35 to 1 ratio. Tens of thousands of vets wait months to see a doctor, and 40 have died waiting – at just one facility. Twenty-six others are now under investigation, and more will be added to this list. We can only guess at the death toll at this point.

When this latest scandal broke in the news, the White House claimed that the first time they knew there was a problem at the VA was when they saw it on the news. This has been their response to scandal after scandal. “We didn’t know anything.”

But sworn testimony has now revealed that Obama’s transition team was fully briefed on the terrible problems at the VA. Wounded veterans in desperate need of medical care routinely wait six months or more just to have their claims reviewed. The President and the White House have received reports numerous times over the last six years about this criminal lack of care for our veterans. Yet Obama never met with the head of the VA – the second largest Cabinet agency in the government – until the scandal was in the news.

Then he waited weeks with no comment whatsoever. Finally, the week before Memorial Day, he gave a 45 minute speech in which he said – absolutely nothing.

He promised that there would be an investigation – by a handpicked political crony of the President. He promised that heads would roll when they find who is responsible – knowing that with current civil service laws it is almost impossible to file a federal employee. All his promises were just empty words.

He will follow his tried and true method for handling scandals:
1)      Claim that no one told him – he found out about it from the press.
2)      Promise swift action – then do nothing.
3)      Stonewall Congress when they try to investigate, claiming “Executive Privilege.”
4)      When things get really bad, fire a low-level employee.
5)      When all else fails, throw money at the problem.

Why shouldn’t he act like this? It worked with the IRS scandal, the Benghazi Scandal, and all the others. ”If it ain’t broke, don’t fix it.”

He did vary his plan a bit this time. He removed the Assistant Director of the VA. The only problem with this “disciplinary action” was that the man had announced almost a year ago that he planned to retire.

Soon we will hear that Obama’s investigation has revealed that more money will fix all the VA’s problems. But the budget of the VA has more than doubled since 2005. During that same period the level of care has diminished every year. Money is not the problem. Lack of leadership is the problem.

The Phoenix VA facility, where the scandal started, pays doctors up to $357,000 and nurses up to $147,000. Doctors and nurses in non-VA hospitals in Phoenix get paid half that – and provide much better care.

But the Phoenix VA found $180,000 for gardening last year, and spent $211,000 for interior design over the last three. I’m going to go out on a limb here and guess that the vets would prefer ugly waiting rooms and fewer bushes to dying while VA officials refused them treatment.

And it’s not just Jihadists who get better treatment than our veterans. Convicted traitor Bradley Manning, who is serving a life sentence in a federal facility, has decided that he is really a woman. Prison officials are allowing him to dress as a woman and they refer to him as a woman. Now they are considering moving him to a different facility so that he can get hormone treatments that will make him more feminine – at taxpayer expense.

It’s not hard to determine where Obama’s priorities lie. Only the best of medical care is good enough for terrorists and perverts. And on Memorial Day, he slaps our veterans in the face by providing substandard care. The very men and women who fought these terrorists are now having to fight their own government for the medical care they were promised.

The motto of the VA comes from a speech given by Abraham Lincoln on March 4, 1865. It is engraved on a pair of brass plaques that flank the entrance to VA headquarters in Washington, DC:

“To care for him who shall have borne the battle and for his widow, and his orphan.”