After having performed many funerals over almost four decades of ministry, recent events have caused me to re-think how we handle our final goodbyes to loved ones. Some funeral directors might not like what I have to say, but I’d like to think that the ones who really care about others would agree with me.

Let me first share the recent events that caused my daughter to exclaim, “Why are so many people dying?” and which crystalized my thinking on this subject.

First, Debbie, the wife of my best man and best friend, David, graduated to Heaven after a long and valiant fight with cancer. They had done everything right. They prayed, they ate the healthiest foods, and they listened to Debbie’s doctors. But eventually it was clear that it was Debbie’s time to go home. At the end, they were together, as they had been throughout their marriage. Theirs was a love story that I wish I had time to tell. It is enough to say that David has wonderful memories that will sustain him until he is reunited with his love.

Next, I received a call from a Sheriff’s Deputy that my older sister, Sylvia, had passed away. Someone asked me if I had been shocked when I received the call. I said I was surprised, but not shocked. She had both cardiac and respiratory problems, so it was not shocking that she would pass away unexpectedly. But I was surprised, because, although she had been hospitalized many times in the past, she had not been recently, and had complained of no problems besides the usual. The deputy said she had passed away peacefully in her sleep.

Third, my daughter Sarah and I discovered on our morning walk that Dave had passed away, when we came across Bryce, a beautiful golden retriever, being walked by a lady instead of his “father,” Dave. We never knew Dave’s last name, but we often met him and stopped to chat on our walks. When we saw Bryce being walked by a woman we had never met, he started nudging and licking us. We explained to her that he was looking for the dog treats we carried with us. She told us that her name was Marilyn, and that Dave had passed away quietly in church the previous Sunday during worship. We talked with her for awhile and prayed with her. I walked away thinking that that was the way I would like to slip from this earth – during praise and worship.

What do these three home-goings have in common? Memorial services.

When David called to tell me that Debbie was with Jesus I naturally asked him about “arrangements.” He said he couldn’t even think about such things then. He told me Debbie was going to be cremated, and that he would arrange a Memorial service when he was ready. I thought that made great good sense.

A few weeks later when Sylvia went to Heaven I remembered what David had said. I realized that the Lord had graciously prepared me, because, as you would expect, I wasn’t thinking very clearly. When the funeral home started asking me about “arrangements” I said that we would have a Memorial service – later.

When we met Dave’s wife, Marilyn, for the first time, it was right after Dave had graduated during church. I shared with her David’s experience and mine, and she said she was going to consider a Memorial service instead of a funeral.

The main difference between a funeral and a Memorial service is that the body of the loved one is not present at the Memorial. Usually that is because it has been cremated. Sometimes it is because the body has been buried in a different place (perhaps the childhood home) and the Memorial is being held where most of the friends and family live. In rare situations, such as a death at sea, the body was not recovered.

(If you are considering cremation for yourself, there are a number of reasonable “pre-need” options on the Internet. Most are national companies who put your funds in escrow. Give copies of the paperwork to your family. Then they can simply make a phone call, and the service will take care of everything. It is a very caring thing to do so that your family does not have to deal with such things as they are grieving.)

If circumstances and the deceased wishes allow a choice, I would definitely recommend a Memorial service. As a child I was forced to walk by an open casket and sometimes to touch the body of the deceased. Today when I officiate at funerals, I encourage parents to allow their children to stay seated when the adults view the body. A child’s last memory of their parent or relative should not be the waxy face and fake make-up of a prepared body.

For that matter, shouldn’t we adults be able to remember the deceased as they were in life rather than in death? When families plan a funeral in which the body will be in the room, I always encourage them to have the casket closed. Often they are glad that I have given them “permission” to do what their hearts were telling them. But some don’t realize that they don’t have to be bound by old traditions and do funerals the way their grandparents did. Too often, while their intent is to gain "closure" by opting for viewing the dead body of someone they loved, instead they are traumatized by the fact that their final memory is one of death, rather than life.   When I ran this article by my Editor-in-Chief, she sent me this note about her personal experience when her father died in 1995: “When people choose a viewing it is because they think this is giving great honor to the deceased. I can remember so vividly really hating the fact that people were looking at my dad in the casket. I stood there and never left his side that night. I wanted to tell every person who came up to ‘view’ him, ‘This is NOT the father I know and love.’”

Because I wanted to remember Sylvia as she was in life, when the deputy asked if I wanted to come see my sister’s body before the funeral people picked her up, I declined. I wanted to keep the memories of her smiling face when our family took her to Disney a few months ago, and when she came to our house recently to look at old family photos that had been found, laughing over good memories.

My sister had a tough life. Our abusive, alcoholic father took away most of her self-confidence. As a result, she never married. She also suffered from respiratory problems even when she was young. Later she was in a serious car accident that left her on a walker and a scooter. And finally, when she got older, cardiac problems arose due to poor eating choices that resulted from her insecurity.

But she had a lot of joy in her life to balance the hard things. She was ten years older than I, and twelve years older than my younger sister, Jackie. By the time I was six and Jackie was 4, Sylvia took on most of the responsibility of raising us, because our mother was working 60 to 80 hours a week to support us. Sylvia loved “mothering” us (at least she said she did, although we must have been a handful!), so Jackie and I always gave Mother’s Day cards to both our mom and to Sylvia.

She got to experience “mothering” again when she took care of her niece and nephew, Thea and Jason, whom she dearly loved. And, when she retired from her job as a county dispatcher, she often cared for her grand nieces and nephews, whom she loved as if they were her own.

One of the problems with traditional funerals is that when the body is to be displayed, the family is put under pressure to have the service quickly, often within a few days. This means that many family members and friends are unable to come. We took our time, and made sure we had a time and day when the great majority of people who wanted to attend Sylvia’s Memorial service were able to be there. It also gave us time to get used to the fact that she was no longer on this earth, so we were better able to celebrate her life, rather than the service being all about mourning.

My cousin Johnny in Texas was not able to come. But he said he wanted to send a remembrance to be read at Sylvia’s Memorial. I thought that was a great idea, and asked other friends and relatives to do the same. My daughter Sarah started the service by reading a beautiful poem. Then we just talked about Sylvia, celebrating her life with memories. I read the remembrances that had been sent throughout our time together. I sang a song and closed with Scripture. It was a simple service that honored my sister.

I would like to close with this thought. I can’t tell you how many times I have heard people say, “Mom would have enjoyed being here, seeing all her friends and family, and hearing what they had to say about her.” Don’t wait until your loved ones pass away to tell them how much you love and appreciate them.

This anonymous poem forwarded by a friend says it perfectly: 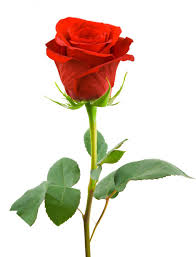 I would rather have one little rose

From the garden of a friend

Than to have the choicest flowers

When my stay on earth must end.


I would rather have one pleasant word

In kindness said to me

Than flattery when my heart is still

And life has ceased to be.


I would rather have a loving smile

From friends I know are true

Than tears shed round my casket

When this world I’ve bid adieu.


Bring me all your flowers today

Whether pink, or white, or red;

I'd rather have one blossom now

Than a truckload when I’m dead.