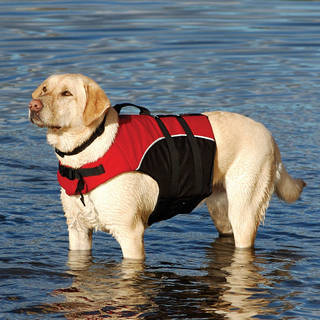 This is a story about government stupidity at the federal, state and local levels, involving efforts to regulate rain, guns and dogs. “But we already know how stupid government can be, Tom. Why another article about how ridiculous government can be?” There are two reasons…

1)      It’s getting worse. I saw all three of these stories in just one hour of the national news.
2)      We need to act before the government takes over virtually every aspect of our lives.

In this case the EPA is the culprit. In a supposed effort to enforce the Clean Water Act, the EPA wants Fairfax County, Virginia, to stop – water! It arbitrarily decided to claim, and further exercise the authority to regulate storm water runoff into a creek and described it as a pollutant! (I am NOT kidding.)

The EPA, in its infinite wisdom, decided the solution was to acquire private property, thereby condemning hundreds of perfectly good homes, evicting the owners, razing the houses and planting grass to absorb all that nasty rainwater. Incredulously, the act of restricting the amount of water permitted to flow into a creek is so counter-productive it is, in essence, restricting the very thing the Clean Water Act was designed to protect in the first place—water. Yes, all this and at a mere cost of upwards of half a billion dollars.  To keep water from flowing into a creek, of all places.

More important from the federal government’s view, it would have given the EPA a beachhead from which to expand its already massive power. As Virginia Attorney General (who was joined in his lawsuit against the EPA by the Democrat-controlled County Board of Supervisors!), the EPA planned to use this case to gain control over local land use and zoning. This would have allowed Big Brother to get involved in every economic development decision in the country. Fortunately a judge told the EPA to go jump in the creek.

Moving on to state stupidity, let’s go to Colorado. This is a beautiful state, but I could never live there because it is controlled by the kind of hypocritical liberals who love to kill unborn human babies, but will spend millions of taxpayer dollars to save animals. In this case, the animals don’t even need saving.

It appears that a major state crisis has arisen because three dogs died of drowning last year. You heard me right – three. This has created such a serious threat to dog safety that the state has proposed a law requiring dogs to wear life jackets, and requiring the presence of a doggie lifeguard (where would you even find such a person?) to be present at any pool or body of water where dogs swim.  Enter PACFA, the “Pet Animal Care Facilities Program,” a division of the Colorado Department of Agriculture.

This is asinine on so many levels that I hardly know where to start. Actually, I do have a good starting point: how about the fact that not one single hotel I have visited in Colorado is required to have a lifeguard to protect humans in their swimming pools? Or the fact that in no pool in the state (even where they have lifeguards) are adults required to wear life preservers. Yet, should the new regulation become law, it would require a lifeguard and possibly two people to supervise dogs when swimming. Correct me if I’m wrong here, but aren’t humans somewhat higher on the scale than dogs? Didn’t God create man first, then the animals for man’s pleasure and use? The lunkheads in the Colorado Congress seem to think that man was created to serve dogs.

The next problem is the fact that dog life preservers cost far more than human ones. Humans come in a variety of sizes, but one basic shape. Child, small, medium and large life vest cover virtually all humans. On cruise ships (where life jackets might actually be needed) they just have child and adult sizes. Dogs, on the other hand come in many sizes and shapes. Incredibly, there are more dollars spent in this country on dog care than on child foster care!

The biggest problem is, what’s next? Whenever liberals get something they always want more. What about life vest for frogs? Safety nets for birds in case they fall out of the sky? How about banning those wheels in hamster cages to keep the little fur balls from having hamster heart attacks? Ridiculous? Yes, absolutely. Liberals are ridiculous.

Thousands of dogs who weren’t adopted were killed by the state of Colorado last year. But because three dogs out of the hundreds of thousands of dogs in the state drowned last year, they have declared a dog drowning crisis and proposed a law that will cost taxpayers millions. Citizens of Colorado, I suggest that you try to elect legislators with at least as much sense as the average dog.

Our final example of extreme stupidity in government happened at a local level. In this case, government had a private sector partner in its absurdity. Using an outdated Freedom of Information Act in New York, two counties (Rockland and Westchester) released gun ownership information to an extremely liberal newspaper, the Journal News, which published a Google map showing the names and home addresses of legally registered gun owners.

While it was legal for the counties to release the information, and legal for the newspaper to disseminate it, it was nonetheless stupid. (The County Clerk in Putnam County had the guts to refuse to release the names to the newspaper.) The law that they used was outdated, written long before Al Gore invented the Internet. The writers of the law could never have imagined the way in which technology would change the way such information was used. The immediate reaction? According to the County Sheriff, inmates in local prisons and jails approached guards and said they now knew where the guards’ families lived.

The irony of this is that another newspaper published a study two years ago, in which they compared gun ownership by zip code to burglaries and home invasions in the same zips codes. The study proved conclusively that the more guns there were in an area, the fewer crimes were committed in that area.

So what service did the Journal News provide the public? They let the bad guys know which homes were not protected, thus endangering the homeowners without guns. And they tipped off the crooks who wanted to steal guns exactly where to go to do so. Did they in any way make the public they supposedly served safer? No. They simply furthered their liberal political agenda by promoting the lie that guns cause crimes.

They also specifically endangered the lives and families of two groups of legal owners in particular. The first is victims of violence or stalking who had been issued gun permits by their local police departments on the basis of demonstrated need for protection. Many of these people were in hiding from criminals. The irresponsible Journal News revealed their homes addresses to their stalkers and potential murderers. 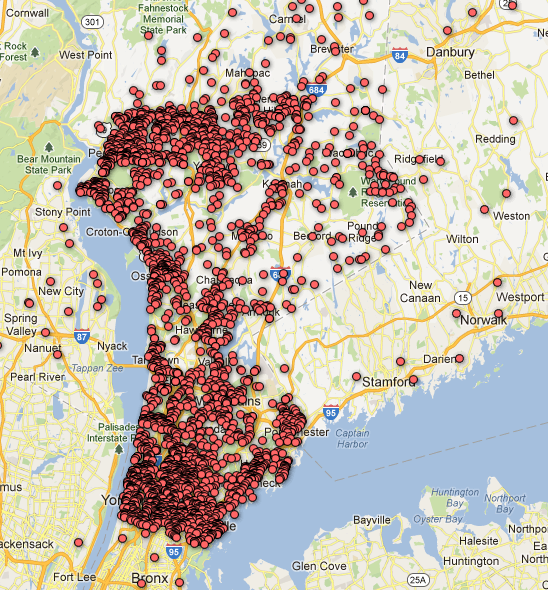 The second group is comprised of police officers and retired police officers who have gun permits. When I was a Deputy Sheriff we were required by the Department to be armed at all times. Why? Because criminals don’t blame themselves when they are locked up for their crimes. They blame the officers who arrest them, and they look for revenge when they are released. We never knew when we might run into someone we had arrested at a mall or convenience store, so common sense required that we be armed.

In Florida, every county has a listing of every property with the names of the owners available by using a simple online search. But the names and addresses of police offices, prison guards and judges are not listed in these public records for the safety of the individuals and their families.

The cowardly Journal News painted big red X’s on the homes of these law enforcement personnel and judges, thereby making it much easier for evil men to assault or kill them and their wives and children.

Instead, they could have done something useful that they have never done - publish beneficial public information such as. the names of people who write bad checks, rapists, child predators, or parents who don’t pay child support. But that’s not the liberal way. Their way is to demonize good people who obeyed all the laws – but who support the Second Amendment, which Democrats and other liberals would rip out of the Constitution if they could.

Here are two interesting statistics for the idiots who run the Journal News. Fewer than 1% of gun crimes are committed by legal gun owners. And more people were killed in the United States by hammers than by guns. I don’t see the Journal News publishing the home addresses of hammer owners. But if you go to their building, you will see armed guards posted all around. What a bunch of hypocrites.

State Senator Greg Ball and other New York politicians have called for a boycott of the Journal News and its advertisers. If you live in New York, you might consider joining in this boycott.

Why have I taken several hours of my life to research and write this article? I could have mentioned thousands of other examples of government stupidity, but that would have just bored you. I want you to know how pervasive the liberal, socialist movement is in our nation. In just one hour I saw these three major news stories that illustrated ways that government at all levels, federal, state and local, is taking over our lives.

The government wants to tell us what food we can eat, what kind of cars we can drive, how to raise our children, to which charities or churches we can give, what kind of health insurance to buy, what we can read, what organizations we can join, where and when we can travel, and on and on and on.

Obamacare has almost nothing to do with healthcare, but was crafted to gather more control over our lives. Every one of the examples I have given today (and thousands of others that we did not discuss) are consistent. We have a president and a federal government that lusts for the same control over us that the old Soviet Union had over its citizens.

If you think I am over the top on this, or that I am being overly dramatic, here is my suggestion to you. Sit back, do nothing, and wait until the day you are arrested or fined for not following the party line, for saying something the government doesn’t like, or for joining a church or group it has banned. You won’t have to wait long. Obama has already tried to make it illegal to demonstrate at events that concern “national security”. Heil Obama.