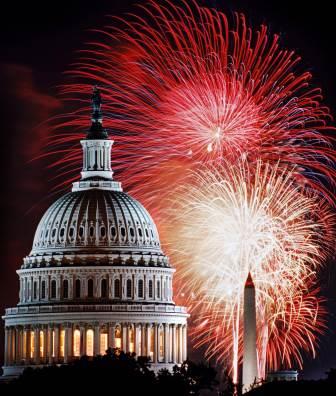 Well, it’s up to you, now. When things get tough, often someone will say, “Perhaps we should pray about this.” I will jokingly reply, “Don’t tell me it’s come to that!” because prayer should be our first reaction, not our last.

We’re just a few days away from a pivotal election. In just about every election you will hear commentators say, “This is going to be the most important election of our lifetimes.” Eventually, we will discover if this time around the statement proves accurate. But we do know this: This election will determine whether an angry, lame duck president still has considerable control over our nation, or whether we clip the duck’s wings.

You are charged by the Word of God to do two things in the next few days: pray for our nation, and vote on Election Day. I’m not going to go through all the Scriptures regarding these dual responsibilities. If you want to review those, watch the video by Craig Seibert (see LINK below) titled, “Christian Citizenship, Part 1: Voting as an Act of Stewardship.” And watch the sequel live tomorrow night: “Christian Citizenship, Part 2: Moving from Ignorance to Understanding” (Monday, October 27 at 8PM Eastern.) You can register at: www.ChristianFinancialConcepts.com.

Today I want to focus on the potential results of your failure to obey these imperatives. There are three possibilities:
1)  The Status Quo, in which the White House and the Senate are both controlled by Liberals and the House is controlled by Conservatives.
2)  The Best-Case scenario, in which Conservatives gain the majority in the Senate, maintain their majority in the House, and Obama only controls the veto pen.
3)  The Unthinkable scenario, in which Liberals control it all, by somehow pulling off an upset that would put them in control of the House as well as the Senate and the presidency.

Although I vote Republican, I do not consider myself a Republican. I am a Christian Constitutional Conservative (CCC). If the CCC Party ever comes into being, I will vote CCC. In the meantime, the Republican Party platform is the closest to what I would envision a CCC platform to be, so I vote GOP. On the other hand, the Democrat Party platform is so filled with support for special rights for homosexuals and death for unborn children that it baffles me how any Christian could support such a platform.

With that being said, I have known some Democrats that are more Conservative than some Liberal Republicans. This is usually an accident of politics; a Conservative living in an area that only elects Democrats, and vice versa. There is one other possibility: Perhaps the Lord calls some Conservatives to be missionaries to the Democrat Party.

At any rate, I want to discuss the three possibilities mentioned above. Let’s start with the Unthinkable. If the Liberals work hard at getting out the "dead" vote, and get lots of non-citizens to illegally vote as they have done so successfully in the past, they could gain some seats in the House. They could also produce some last-minute fake scandals that could do damage to Conservatives. Remember when they fabricated a story about John McCain having an affair with a member of his staff? This was later proven to be completely false, but I’m sure it cost him votes. But most observers think the unthinkable is indeed unthinkable, and I agree.

If Christians are lazy, as we have been in so many elections, the Status Quo will prevail. Currently the Republican-controlled House has over 400 bills they have passed, waiting for the Senate to vote on them. Harry Reid, the Democrat Senate Majority Leader will not allow them to even come up for a vote. Some of them make so much sense that enough Democrats could vote for them that they would pass. Reid knows this, so he uses his administrative power to block such votes.

Unfortunately, if the Status Quo prevails, it will be worse than the current Status Quo. That is because Obama will not have to concern himself with the results of his actions on any further elections during his final two years. He will make use of his famous pen and sign a flurry of Executive Orders. In fact, I predict that that he will sign more Executive Orders than he will play golf games. He will take king-like actions for which Democrats have begged him to wait until after this election.

These will take the form of unconstitutional Executive Orders that will further restrict religious and other freedoms; allow ever more government spying on citizens; allow Islamic (Sharia) law to have even more influence on our legal system; further imbed Socialism into the fabric of our nation’s laws; allow more influence by lobbyists and big donors, who will actually write the Orders he signs; and appoint extremely Liberal federal judges who will negatively influence the direction of our nation for generations. (Remember, federal judges serve for life.)

Finally, we may see two horrific actions that have been predicted and prophesied for several years: “Gold Confiscation, The Sequel” is a movie that we never want to see produced. When Obama’s hero, FDR confiscated all the Gold in the country (except for jewelry and rare coins), he set the stage for the expansion of Socialism in the United States that has produced a true National Debt that is greater than the combined total of all the personal, business and government assets of our nation combined. The sequel would cause a complete government takeover of all aspects of our lives, under the guise of “saving the nation.” FDR used the lie that stealing citizen’s personal gold would save the nation from the Great Depression. Of course, by the time he did so, the Depression was already over. But his actions caused a 96% decrease in the purchasing power of the US Dollar.

The other terrible possibility is a takeover of our retirement plans, including IRA’s, 401(k)’s, and both private and government pension plans. Several other nations have already committed this atrocity against their citizens, and we all know how fond Obama is of citing “international precedent.” Again, he will use the excuse that it is necessary to “save the nation” from a financial disaster of his making. (Remember that the National Debt has increased more since he took office than the total Debt that accumulated in 225 years under our first 43 presidents.) If this happens, retirees will be totally dependent on the government for food, housing and health care.

This is where you come in. You can literally save the nation. Make the Best-Case scenario happen by praying and interceding for America like you have never done before. But you need to put wings to your prayers by voting for Conservatives so that we will maintain control of the House and gain control of the Senate.

I heard recently about a man who was evicted from a house he was renting. He stole all the appliances and trashed the house before he left. A united Congress can do a lot to keep Obama from damaging the country even more than he has in his first six years.

Democrats are running from Obama in this election. They don’t want him campaigning for them. Some have even claimed in press conferences that they didn’t vote for him! They’re saying that this election is about them, and their policies, not about Obama.

Don’t be fooled. Obama himself recently said that he understands that the Democrats who are distancing themselves from him now are just doing what they have to do to be elected. He stated that the election is about him and his policies, and that those Democrats will continue to vote with him after the election. The bottom line: This election is all about Obama and the damage he can do to our freedoms, our economy and even our Constitution if he has control of both Houses of Congress.

VIDEO - Christian Citizenship: Voting as an Act of Stewardship
http://christianfinancialconcepts.com/article.php?id=4304

In Debt We Trust
http://www.conservativetruth.org/article.php?id=1292