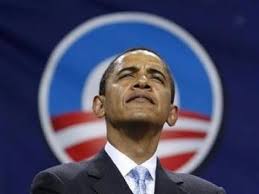 The November 4, 2014 elections marked a massive change in the political and social climate of the USA. Everyone seems to realize this but the president.

In a news conference the next day he said: “Obviously, Republicans had a good night…Beyond that, I’ll leave it to all of you and the professional pundits to pick through yesterday’s results."

“Pick through” the results? That implies that it would take some digging to discover anything of import from the results. A smart dog could see that everything changed on Tuesday night. What Obama calls a “good night” was a Conservative Tsunami.

Five new Republican Governors are taking the places of five sad Democrats. And three of these big wins were in states that have been solidly Democrat, including Maryland, Obama’s home state of Illinois, and the Socialist State of Massachusetts (as my best man, who lives there, refers to it). Overall, almost two thirds of the states now have Republican Governors. And Republicans control more seats in State Houses than in any time in history!

The US House, which already had a solid Republican majority, now has the biggest percentage of Republicans since World War II. Altogether, Republicans grabbed 14 House seats from the Democrats.

But the crown jewel of the night was the takeover of the US Senate. For the last eight years Democrat Senate Majority Leader Harry Reid has been able to simply toss hundreds of bills sent up from the Republican controlled House into the trash. He has refused to allow his Democrat colleagues to even vote on them on the floor. Now everything has changed. Republicans took at least 7 seats from the Democrats; when all the votes are counted that could increase to 9.

Because of this extraordinary win, Republicans will be able to originate sensible bills to help the nation in either chamber, and know that they will actually be considered by the other chamber. Bills that pass both chambers will be sent to Obama’s desk. This is where it will get fun.

There are issues too numerous to detail here with which the American people want to see dealt by Congress. ISIS, a failing economy, and the flood of illegal aliens to name just a few. The new Congress is going to act on many of those, and pass sensible bipartisan bills to do just that: deal with them. And Obama will – at least in the beginning – veto most, if not all, of them. Any bill that does not dovetail with his Leftist agenda will be vetoed.

Then one of two things is going to happen. Some of the bills will resonate so much with the American people that his popularity rating (which is already very low) will plunge to new depths; he will find himself less popular than Vladimir Putin. He doesn’t want his legacy to be the president who obstructed the will of the American people by vetoing every bill he saw. So he may be forced by public pressure to sign some bills he finds objectionable.

The other possibility is not very likely. If a bill has strong bipartisan support, enough Democrats may vote with the Republicans to override an Obama veto. As I said, this is not likely, but it is possible. Democrats have been running away from Obama in droves. Prior to the election many of them couldn’t even remember if they voted for him, and some wouldn’t even answer the question.

If they see him as he is, a bitter lame duck president who is only interested in his “legacy,” they may decide they don’t wish to be associated with his obstructionism. After all, they need to run for re-election, and being tied to “Mr. Veto” won’t help their chances. Let’s pray that enough Democrats will realize that for the next two years Obama is basically retired but still in office. If they want to see America grow, they will have to override his veto.

Let’s close by discussing the astonishing arrogance Obama and Democrat leaders have displayed following the election. Obama’s first meeting following the election was with Al Sharpton, not the new Congressional leadership. Sharpton is even more divisive than Obama, and this meeting was a signal that the Democrats plan to continue their ugly race-baiting tactics. Every time a Republican disagrees with the White House, he or she had better be prepared to be labeled a racist.

None of them – not Obama, the Democrat leadership, nor the NAACP – had a word to say about the filthy tactics used by Democrat candidates and the party itself during the election. They ran ads indicating that if Republicans were elected black children would be gunned down in the streets.

And who can forget Obama’s famous words after he was reelected: “Elections have consequences.” He basically told the Republicans to put up or shut up; that the American people had given him a mandate, and he did not have to cooperate with the other side. And he hasn’t. His meeting with the senior leaders of both parties following the election was unusual. He has basically ignored the Republicans since winning reelection, choosing to meet only with Democrat leaders.

But the supreme arrogance which prompted this article was displayed in his press conference the day after the election. He said he was going to listen not only to the people who voted, but also to those who did not vote. What an asinine statement! To any logical person, if they didn’t vote, they didn’t say anything. But in his twisted thinking, the fact that they didn't vote meant they supported his policies and actions. Personally, I would be ashamed to claim people who were too lazy to vote as my supporters.

He also claimed that he wanted to work with Congress (he says this at least once a year, but he never does so). But he went on to say that if Congress doesn’t send him the bills he wants, he will proceed on things like immigration using Executive Orders.

There are two problems with this. First, the Constitution charges Congress, not the president, with overseeing immigration matters. Second, that same pesky Constitution says that the president is supposed to implement the laws that Congress passes. He has made a habit of passing laws by Executive Action in direct contravention of the Constitution.

Obama claims he was a “Constitutional Law Professor.” In truth, according to the University of Chicago, he was just a lecturer. And according to his students, he was a poor one. He doesn’t know the Constitution, or if he does, he ignores it. I can imagine the title of his first book after he leaves office: “An Inconvenient Constitution.”

Obama Shows "Arrogance and Contempt for the Voice of the People"
http://www.realclearpolitics.com/video/2014/11/06/krauthammer_obama_showing_arrogance_and_contempt_for_the_voice_of_the_people.html