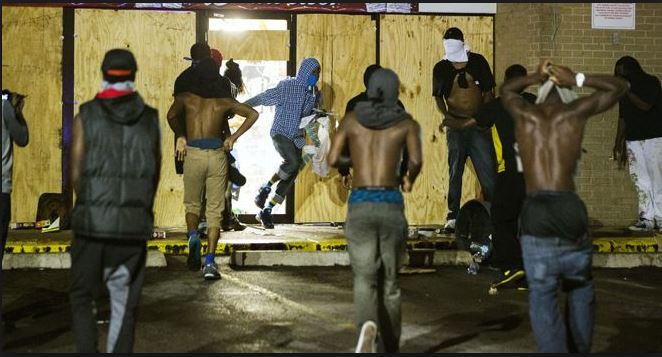 Obviously we cannot prevent something that has already occurred. But we can look seriously at ways to prevent another occurrence of the violence that has made the name "Ferguson" synonymous with racial unrest.

Many of the suggestions pertain to areas where the Ferguson Police Department might improve. Let’s examine those first.

The primary suggestion of panels of “experts” has been better training for the police department. I don’t know about the rest of the department, but Officer Darren Wilson, by all credible accounts, followed to the letter the training that he and officers across the country receive. I was trained in the sheriff’s police academy to do exactly what Officer Wilson did. When a life is in imminent danger – the officer’s or a civilian’s – a police officer has not only the right but the obligation to use deadly force. Anything less puts the whole community at risk.

Another is the use of so-called “broken windows policing.” The idea here is that if a window is broken in, say, a vacant building, unless it is repaired vandals will feel empowered to break other windows. And if nothing is done to stop them they may invade the building and use it for gang headquarters. Another example given is that if litter is left on the street, people will feel free to drop more trash on that street. While this may be true sociologically, I don’t think it is a good use of the Ferguson police department’s time (or any other department, for that matter) to repair broken windows or pick up trash.

It was suggested by some that “community policing” might have prevented the events in Ferguson. This is where the police focus their efforts on building ties to the community and working closely with community leaders. I don’t know how much the Ferguson police department uses community policing strategies. But I do know this: no amount of interaction with the community at large would have prevented this young man from violently attacking an officer performing his duty, trying to take his gun, and threatening his life. Let’s not forget the facts. Michael Brown had just committed a strong-arm robbery; he refused to obey a lawful order from an officer; and he tried to kill the officer.

Some suggest that ending so-called “stop and frisk” policies would have helped. These policies, widely used across the nation and affirmed as constitutional by the US Supreme Court, allow a police officer who has reasonable suspicion that an individual may be carrying a weapon to pat him down. This policy helped reduce violent crime in New York City over a period of eight years, and has seen similar success in other major cities. There is no evidence that the Ferguson police used this policy excessively.

One particularly ridiculous suggestion was that all police-involved deaths be investigated by the federal government. What a disaster that would be. The federal government cannot police the crimes committed by federal agencies and their employees. How would they be able to deal with problems in local communities about which they know nothing?

The one suggestion I found credible was that the racial makeup of the department was not consistent with that of the community. I don’t believe racial quotas are wise, constitutional, or practical. What if 5% of the community were Asians? Would we require the city to hire two Asian officers? But 43% of the residents of Ferguson are black, while only 3 of the departments 53 officers are. This ratio may be indicative of the department's need to focus some attention.

But centering all the criticism on the police, as many commentators have been doing, is a mistake. The minority community in Ferguson, as in other US cities, could do much to create an atmosphere in which incidents like the death of Michael Brown would have been far less likely. And they could certainly have handled the aftermath of the tragedy without the violence that was prevalent.

Let’s start with the immediate reaction to the shooting. If a black cop had killed a white man, there would have been no reaction. The nation as a whole would still be blissfully ignorant of the fact that Ferguson, Missouri existed. In fact there have been dozens of incidents where black officers have killed white or Latino men in the line of duty, and no one outside the local community ever heard of them. But the handful of such shootings in which the officer is white and the victim is black receive instant, 24 hour a day national attention.

The black community of Ferguson tried and convicted Officer Wilson of intentional, racially-motivated murder within an hour of the shooting, even though there was no racial component except for the fact that Brown was black. There was never even a hint that Wilson was a racist, that he had any animus towards blacks, or that he had ever uttered a racial slur. Yet just because he was white, the mobs assumed that race (rather than fear for his life) was his motivation.

People claiming to be witnesses (who were later proved not to have even been at the scene) claimed that Michael Brown was shot in the back. Even after three separate autopsies (one by the county, one by the federal government, and one by a pathologist hired by Brown’s family) proved that Brown was shot while advancing toward the police officer, they refused to believe the truth, and continued to riot.

Let’s talk about the riots, not only in Ferguson, but the violent riots that spread to many other US cities. Crowds smashed windows, looted stores and set fires. Miraculously, no one was killed or seriously injured. My question is what does violence and stealing do to help prevent another Ferguson? All it does is create a greater likelihood of another violent confrontation. Minutes before he was shot, Michael Brown assaulted a store clerk and stole some cigars, presumably because he couldn’t afford them. How do riots that destroy minority-owned businesses help create an economy where young men have jobs and don’t steal? Obviously it does the opposite, because many of those businesses (and the jobs of their employees) will be forever lost to the minority community.

We don’t know what percentage of the community participated in the riots; certainly not the majority. But does the majority who stayed home have any responsibility for what happened? Let me suggest several ways they could have helped prevent Ferguson.

First, they could have cooperated with the police. Police departments across the US report that many citizens in minority communities refuse to help in police investigations, and even impede them. Both white and black officers experience the same animosity. Bystanders at the scene of crimes claim they saw nothing. Yet they are the first to complain about crime in their communities.

Second, they can change the culture of their communities. The greater number in minority communities are honest people who want to live in peace. Unfortunately, they also want someone else to solve their problems without getting involved themselves. But if they want a better and safer community, they can fix those windows and pick up the trash. And they can call the police when they see a drug deal go down.

What else exacerbated a bad situation into a disaster? The Democrat governor of Missouri called out the National Guard prior to the Grand Jury’s announcement. But he refused to send them in until the violence was out of control.

And our beloved president’s national televised comments about Ferguson certainly didn’t help. He implied from the beginning, before any real facts were known, that the police were at fault. Then, with no good reason and no legal justification, he sent the Eric Holder “Justice” Department to Ferguson to interfere and make more trouble. This was a sign to the people who make their living off racial discord that Ferguson was the new “in” place to be.

The leader and chief spokesman of these divisive groups, "Reverend" Al Sharpton is a race-baiter who makes money only if there is hatred and unrest. He encourages demonstrations and violence because he gets higher ratings for his TV show (and higher ad revenues) the worse things are.

He is a self-described "civil rights leader." But look at what a REAL civil rights leader, Dr. Martin Luther King, Jr. did in 1956 when his house was fire-bombed and burned to the ground. Supporters gathered around the rubble, expecting Dr. King to send them out to exact retribution. Instead, he commanded them NOT to retaliate in any way. Al Sharpton is certainly no Dr. King. Sharpton doesn’t care about anyone’s rights except his right to make millions. And he is no leader.

We need to pray for peace in Ferguson and in America. Pray for real minority leaders to emerge, rather than hucksters who claim to represent blacks but only use them. Pray that the minority community will listen to and follow leaders who will help them build their communities rather than rioting. And pray that all Americans will stop seeing one another as black, white or brown, and just see each other as Americans.