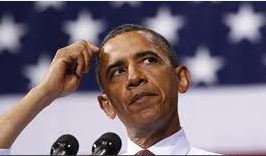 The number one concern of Americans today, according to numerous polls, is terrorism. But next Tuesday Obama will confirm how out of touch he is with the rest of us by focusing his State of the Union Address on domestic issues. Reportedly, a centerpiece of the speech will be more giveaways that the nation cannot afford, such as free community college for all.

In 2009 with Americans traumatized by the economic crash, Obama spent all his time and energy on passing a health care bill that no one wanted. Years later the majority of Americans still hate Obamacare and want it repealed. But in typical clueless fashion, he still refers to it as his bipartisan legislative masterpiece. How could it be considered a success when it passed by one vote, and many of the Democrats who voted for it had to be bribed to do so?

Obama is not about building people up. He is about tearing everyone down to the same level. That is the hallmark of Communism. The problem with that is that in Communist countries the children of the Party Leaders are the only ones sent to the best colleges. Everyone else gets the free “people’s education” - the lowest common denominator.

Why shouldn’t parents who have saved all their lives to give their kids a better life be able to keep their money and send their kids to the best college they can afford? Obama says that’s not “fair.” But what is fair about stealing from one family who prepared and giving their money to another that did not?

Remember that the government cannot give you anything, because government produces nothing. It only has the power to take money from one citizen by force, and give it to another. And, not surprisingly, the recipients of the stolen money are those who will vote for them.

Why? Republicans certainly aren’t perfect, but they stand for the Constitution, moral values, hard work and religious freedom. The Democrat Party constantly tries to change, redefine and distort the Constitution. It actively works to promote the lowest of moral values, including promiscuity (unmarried people living together), abortion and homosexuality. Through the corrupt welfare system they actually discourage hard work. Why work when you can get $50,000 per year tax-free in many states? And the modern Democrat Party vigorously persecutes religion – unless you happen to be a Muslim.

I know he’s not up for re-election. But if you can stand to listen to his State of the Union Address, you will see that Obama is more out of touch with the people of this country than Vladimir Putin is with Russians. Then remember that Obama would not be in office today were it not for zealous Democrats and lazy Republicans. And perhaps you will be motivated to spend some time in the next two years ensuring that an American Patriot is elected in 2016. We sure could use one.