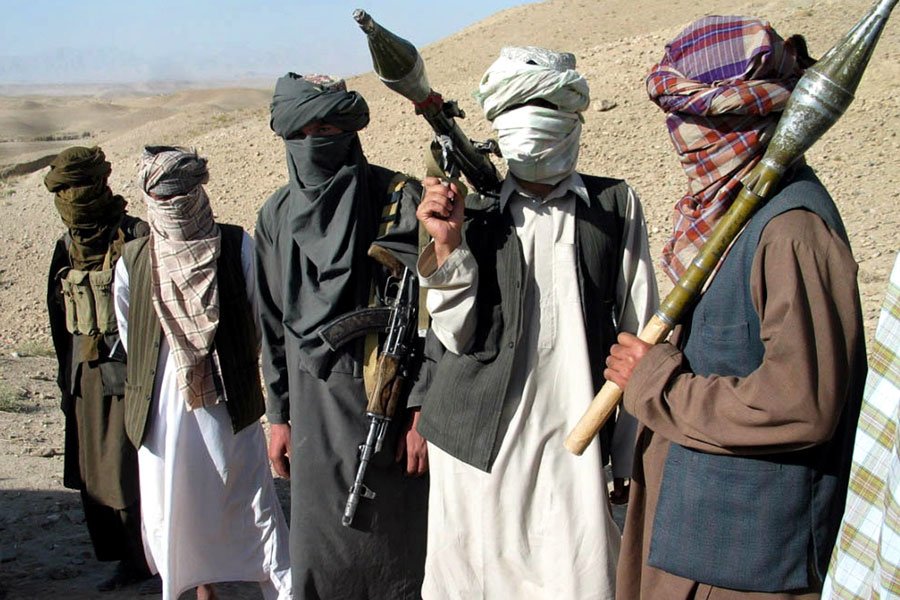 Over the last few days we have heard the White House, the State Department and the Pentagon assure us that the Taliban are not terrorists. This in spite of their history and recent terrorist attacks, such as murdering 140 children in a Pakistani school. Our government assures us that, "although they engage in terrorist acts," they are not really terrorists - they are "armed insurgents."

No!! Our Founding Fathers were armed insurgents. They fought honorably against the soldiers of a tyrannical government. They didn't murder children, stone women to death for having their faces uncovered, or burn Christians alive in their churches. But our government would have us believe that they are some kind of "freedom fighters."

Here are a few indisputable facts. The Taliban provided the training grounds and the launch pad for the terrorist attacks of 9/11. They were Osama bin Laden’s host. Remember bin Laden? Obama seems to have forgotten him now that he wants to rewrite Taliban history.

When we retaliated after 9/11 it wasn’t against the Afghanis; it was against the Taliban. By and large the Afghani people, after decades of conflict, just wanted to be left alone. It was the Taliban who wanted global Jihad.

The Taliban, al Qaeda, ISIS and all the rest of the Islamic terrorists groups are just different flavors of the same evil, murderous Islamic supremacist ideology. They hate the West, Christians, and Jews, and want us all dead. They want global control by Muslims.

So, what is the real reason they are lying about what everyone else in the world knows: ALL the Taliban are terrorists.

It’s simple. They blew it big-time when they traded Army deserter Bowe Bergdahl for five top Taliban terrorists. One of Bergdahl’s fellow soldiers, who swears that Bergdahl left his unit voluntarily to join the Taliban, says that this was like trading one private for five generals.

Take a moment and think of all the brave military personnel who died in the events surrounding this deal the US has made with terrorists. First, an unknown number of men and women died hunting down and capturing the Taliban Five. Now they are strolling around Qutar, flirting with women who think they are heroes.

And then there are the six confirmed dead and an unknown number wounded searching for Bowe Bergdahl. These men thought they were searching for a missing brother who had wandered off his base and was captured by the Taliban. Then evidence emerged (including a letter he wrote and left behind) that he was opposed to US policies in Afghanistan and had left to JOIN the enemy.

Bergdahl declared that he wanted to renounce his US citizenship in a note that he left behind in his tent before disappearing “to start a new life,” according to former members of his army unit. In an email sent just before he left his post, he said, “I am ashamed to be an American. And the title of US soldier is just the lie of fools. The US army is the biggest joke the world has to laugh at.”

The five terrorists were released for “house arrest” in an Arab country, Qutar, for one year. Presumably after a year they will be freed. Now it has been revealed in the short time since the Taliban Five were released Qutar has NOT been supervising them as promised. At least one of them has already been in contact with the Taliban. I don’t think they are calling to check on Aunt Faisel’s health.

These guys were always going to go back to their terror activities. The Pentagon knew it (that’s why Chuck Hagel resigned); the State Department knew it; and the White House knew it. But Obama has been so blinded by his obsession with closing Guantanamo Bay terrorist prison that he pushed through this ridiculous prisoner swap.

The problem is that US doctrine has always been that we do not negotiate with terrorists. How can we solve this? By simply calling the terrorists “armed insurgents,” we can negotiate all the asinine deals we can conjure.

Deals like this put Americans at risk all over the world. Whether we trade terrorist leaders, concessions or cash for our citizens, we incentivize terrorists toward additional kidnappings. If we continue on this path, more and more soldiers and private citizens will be seized and held for ransom. Soon we will have a new Cabinet post: The Secretary of Ransoms.

The 6 U.S. Soldiers Who Died Searching for Bowe Bergdahl
http://time.com/2809352/bowe-bergdahl-deserter-army-taliban/

Why Obama Needs to Pretend the Taliban Aren’t Terrorists
http://www.nationalreview.com/article/397626/why-obama-needs-pretend-taliban-arent-terrorists-andrew-c-mccarthy

Is the Taliban Still Considered a ‘Terrorist Group’?
http://www.theblaze.com/stories/2014/06/02/is-the-taliban-still-considered-a-terrorist-group-jay-carney-wont-say/

US insists Taliban is not a terror group
http://ynaija.com/us-insists-taliban-is-not-a-terror-group-explains-what-they-really-are/