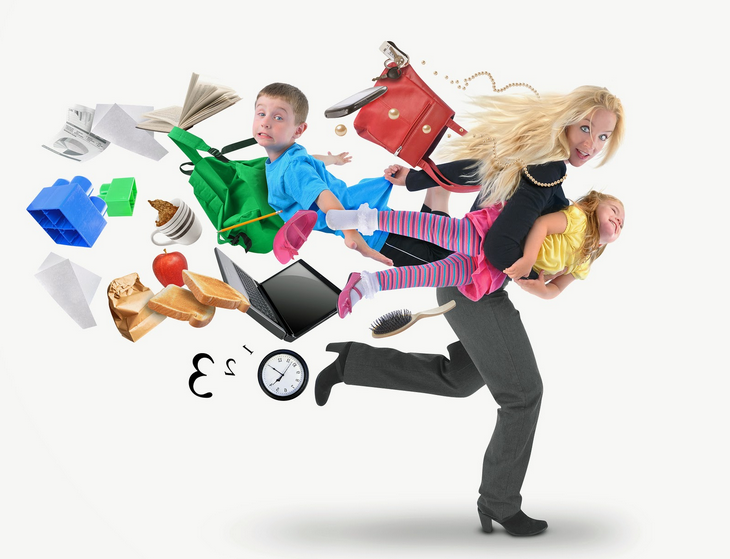 There is not one man in 1,000 who could do what mothers do. We don’t honor or recognize mothers nearly enough for the love and sacrifice they show in raising our children. “Mother’s Day” once a year doesn’t cut it.

Which makes me think we should have Mother’s Month instead of Mother’s Day. And even that would not be enough. Some years ago someone declared that that year was “The Year of the Child.” Perhaps we should declare the “Year of the Mothers.” That’s not likely to happen in the current political climate, which actively seeks to dishonor motherhood. But we can do it ourselves. We can purpose to honor our mothers – and the mothers of our children – every day.

If you’ve never been present at a child birth, you don’t have any idea what love and sacrifice are about. Trust me. When I was a paramedic, I was present when many babies were born. It’s not like they make it appear on TV. Labor is the right word. It is hard, painful work to birth a child. What always amazes me is that mothers sign up for it. They know going in what it is going to be like. Yet for the love of a baby they have never seen, they go through it.

And that’s not the only sacrifice. Many women sacrifice careers they love to be the best moms they can be. My wife, Ana, is an accomplished electrical engineer. She was respected at a job she found fulfilling. She advanced in her company, and made a very good income. They really hated to see her go. But she decided that she wanted to spend more time with our coming daughter, and home school her to give her the best start in life she could. So she sacrificed.

Mothers also sacrifice personal time. In case you haven’t spent much time around babies or toddlers, they are selfish and demanding. As far as they’re concerned, the whole world revolves around them. For many mothers – especially if they have several children – time to read a book or visit with friends becomes a fond memory until kindergarten.

I’m not saying all mothers are saints. I’m just saying that I – and most members of my gender – know that I couldn’t do what mothers do, and I respect them greatly.

So why does our society seek to trivialize and dishonor the role of mothers? You might say, “I don’t see that happening.” Well, if you don’t, you haven’t been watching the news.

As my pastor pointed out in his sermon this Mother’s Day morning, homosexual “marriage” devalues motherhood in a repellant way. It says that mothers are not needed. It claims that two men in a perverse relationship can raise a child in the way God intended.

It wouldn’t be so bad if they recognized what Nature teaches – that two people of the same sex cannot be parents. If they just lived with each other and left the children out of their existence, it wouldn’t be so bad. Instead, they have blackmailed society into allowing homosexuals and lesbians to adopt children. If they want to engage in sick, immoral practices, they should at least have the decency to leave the children alone.

But no. The need to validate their sin, so they must show the world that two people living in an unnatural, unbiblical relationship can succeed at parenthood just as well as normal parents.

Children raised by homosexual “parents” will never have a normal outlook on life. The same is true of lesbians. Two women can’t be proper mothers any more than two men. Again, God’s Nature teaches us that His way is one man and one woman. That is how children are conceived, and that is the way God intended them to be raised.

But regardless of whether the homosexual or lesbian “parents” deliberately push their children toward their lifestyle, the kids are irreparably changed by the experience. They will never look at life and marriage in a normal way because their experience has been that two mommies or two daddies is normal. And anyone who tells them otherwise will be met with angry denial.

A good friend of mine was raised by two men. Even though she became a Christian and knows that her “parents” were engaged in sin according to the Word of God, she can’t acknowledge that what they did was wrong. As a result, her life has been tumultuous, with many failed relationships and an inability to commit to marriage.

I don’t understand why people can’t take God’s word for things. After all, he is our Creator. He knows what is best for us. He knows children need mothers – and fathers. Of course there are going to be situations where, because of death or divorce, a man is going to have to be both mother and father to his children, and the same for single women. But there is never a need for a child to be raised in an unnatural family that will leave them with emotional scars that only God can heal.

So if you have been raised as God intended – with a loving mother and father – be very grateful today; 42% of today's children are born out of wedlock. Honor your mother – not just with a card, but by spending time with her. Not just by telling her, but by showing her that you love and appreciate her.

Husbands, honor the mother of your children. Many of them are too young to understand what their mothers do every day for them. But you do. So you can give her the honor that you will someday teach them to give her, as well.

Finally, pray for all the children who have no mothers, for whatever reason. Pray that God will fill that void by bringing a godly woman into their lives, or that their fathers will be given extra grace and wisdom. And especially pray for children that are trapped in “gay” homes – which are anything but gay.