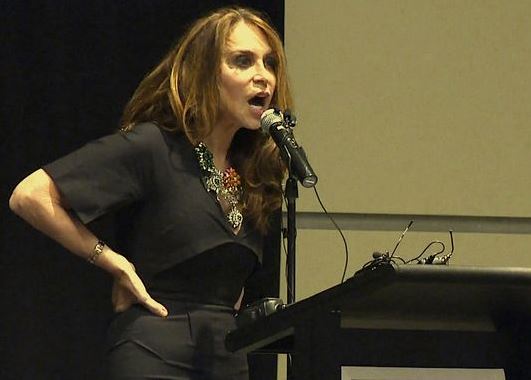 Do you remember how upset we Christians were when an “artist” placed a crucifix in a jar of urine and called it art? It offended us, it made us mad, and it certainly upset us that it was paid for with our taxes via the National Endowment for the Arts. But by and large we didn’t dispute the “artist’s” right to offend us. And we didn’t try to kill him.

Last week in Garland, Texas a Muhammad Cartoon contest was held, with a grand prize of $10,000 for the best cartoon. I assume that by “best” they meant “the most offensive to Muslims,” since that seems to have been the whole reason for the contest. It was billed as a “free speech” event, but I don’t believe it had anything to do with the First Amendment.

It was intended to draw a violent response from radical Muslims, and in that the event succeeded. And it was meant to give its organizer, Pamela Geller, 15 minutes of fame and make a lot of money for her organization.

Before I support these points, let me say that I am appalled at the knee-jerk reaction of hundreds of Conservative commentators. Usually Leftists stick together, and those on the Right (who are usually right!) also sing off the same page of the hymnbook. But in this case I feel that every American, regardless of political affiliation, should condemn the foolish actions of Ms. Geller and her fellow organizers. I find the fact that so many Conservative writers (including many that I normally read and respect) picked up on the “free speech” talking point without analyzing and finding the motives behind the event upsetting.

I am no fan of the Muslim religion. An ISIS leader correctly described it recently when he said “Islam is not a religion of peace; it is a religion of war.” Anyone who really studies the Koran will realize that he spoke the truth, and that Obama and George W. Bush were both wrong when they described it as a “religion of peace.” Either they were naïve or they had political reasons for saying what they said. But they were wrong.

I don’t have the time or space here to prove from the Koran that Islam is a bloody, violent religion. But Nicholas Papanicolaou has done just that in an easy-to-read yet scholarly book titled Islam vs the United States. I recommend it highly, and suggest that you go to Amazon and get your copy of this eye-opening book. Mr. Papanicolaou makes the clear case from Muhammad’s own writings that he was a violent man who taught his followers that Allah would reward his followers who murdered Christians and Jews.

So why do I think it was foolish to run this dangerous publicity stunt encouraging cartoonists to insult Muslims? First, because the Bible says that we should do unto others as we would want them to do unto us. We wouldn’t want Muslims to put on an event portraying Jesus as a homosexual or worse. So why would Ms. Geller deliberately incite violence and call it “free speech?” I don’t know if she considers herself a Christian, but this event was certainly not Christ-like.

Second, many Muslims are peaceful. Most of them live here in the United States, enjoy their freedom, and have discovered that America is not the “Great Satan” that their preachers have described. They are mostly cultural Muslims (much like the Christmas and Easter Christians) who don’t know that they are supposed to kill Christians. They just want to be left alone to enjoy life in the US. So why should we go out of our way to insult and offend them?

What Pamela Geller did was more effective at proving the points of the Imams than anything they could say. She played right into their hands, showing Muslims that Christians and Americans are cruel and intolerant. She didn’t change the minds of any radical Muslims. But she could well have pushed a lot of peaceful Muslims over to the radical side. 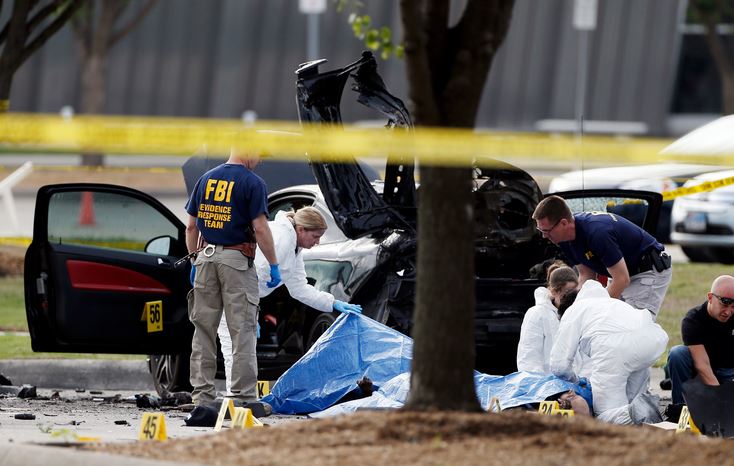 Let’s look at the evidence. She knew there would be violence, and I think she encouraged it. For a few hundred attendees she hired 40 private security guards, a huge number. That’s in addition to the whole Garland police force and the federal agents who were standing by. Then she widely publicized the event and made sure everyone knew the cartoons were very insulting toward the Muslim religion. Do these sound like the actions of someone who just wanted to have a peaceful event promoting “free speech?” To me they sound like someone poking a stick into a hornets nest.

The mayor of Garland, Texas blasted Geller, saying her decision to hold the contest “put my officers, my citizens and others at risk. Her program invited an incendiary reaction. She picked my community, which does not support her ideology. But at the end of the day we did our jobs. We protected her freedoms and her life.”

The second point I made above is that this was a very profitable enterprise for Ms. Geller – not just in the form of valuable publicity for her, but in the form of cold, hard cash. She charged up to $250 for “VIP seating.” And even before the event she was hawking “Muhammad Posters” at $50 a pop; $50 for a piece of cardboard? I find the thought that she made tens of thousands of dollars from the deaths of the two crazy young men who thought they were defending their Prophet, and the danger in which her actions put brave police officers, to be repulsive.

I wish Muhammad had never been born. I wish his hateful religion had never been founded. But it was, and it’s not going anywhere any time soon. We need to protect the United States from Islamization, and we need to stand strong against any intrusion of Sharia law into our country.

But we also need to learn how to live with those Muslims who are willing to live peacefully with us. And we’re not going to do that by organizing events that promote more hatred.

Remember the bracelets people used to wear that read “WWJD?” It stood for “What would Jesus do?” That’s a great standard for all of us to use when we make decisions. I don’t think Jesus would have offered $10,000 to the person who drew the most insulting cartoon of Muhammad.