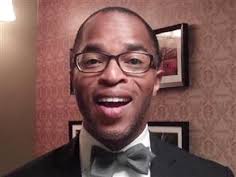 In a startling flash of brilliance this week, Liberal Washington Post columnist Jonathan Capehart revealed his theory that "income inequality" was responsible for the staggering rise in murders in the US. It seems that low wages turn perfectly normal people into murderers. These dazzling insights were revealed on MSNBC's "Morning Joe" show (which no one watches).

On Fox News' "The Five" show Greg Gutfeld suggested that we see how Capehart's theory would play out in an actual conversation...

“Not much Steve. This income inequality is really getting to me.”

“I know. Before it I was a law-abiding gentleman farmer helping disadvantaged kids, but now I’ve decided to shoot cops.”

“Me, too. I was a grade A student in neurobiology, but now I’m going to torch convenience stores.”

It's good for Capehart that the Washington Post isn't concerned about facts. Otherwise he would be fired.
Here are some inconvenient facts that will upset Capehart and his newspaper's bosses: In spite of the billions spent on “The War on Poverty” over the last 30 years, the poverty rate has not changed. During the same period of time violent crime has dropped by 50%. But Liberals don't let little things like facts get in the way of a good emotional argument.

How about this for a theory, Mr. Capehart? Criminal thugs and gang members who use drugs murder cops. They thrive in Democrat cities like Chicago where the mayors won't allow the cops to enforce the law. And they are encouraged to despise police by national "leaders" like Obama and Eric Holder.

(See my article on this topic at http://www.conservativetruth.org/article.php?id=4706)

Many of the poorest people in this country attend church every Sunday, raise their children right, and work hard. Despite their poverty they somehow manage to avoid murdering anyone.

Here’s an idea for Mr. Capehart and all the other Liberal media types who have their heads in the sand and have great difficulty differentiating fact from fantasy: Do some actual research into the real causes of both poverty and our gang and drug infested inner cities.

You will find that the major cause of poverty is a welfare system that keeps people dependent on the government. The system has created generation after generation that live on the welfare system – because they have never known anything else. Since the welfare system was started, there are far more people living in poverty than before. It is an abysmal failure.

You will also find that the government contributes to crime in this country by making it very difficult for cops to do their jobs. The anti-police rhetoric from the White House and the justice department has also created a climate that emboldens thugs to attack and murder police. And Liberal judges who hand out light sentences and even suspended sentences to dangerous criminals make all of us less safe.

Liberals really believe that there is no problem in society that more money and government programs can’t cure. They think that government is the solution to everything.

Paying the Price for Being Soft on Crime
http://capitalismmagazine.com/2015/06/paying-the-price-for-being-soft-on-crime/