I saw this video of a flash mob performing the Hallelujah Chorus 5 years ago. I have seen dozens since, including one in Dublin with 500 people from 25 choirs from all over Ireland (which was pretty magnificent). But this is still the best. I believe that is because all the singers were Christians who were not performing - they were WORSHIPING the King of Kings and Lord of Lords.

I had the privilege of singing tenor in Handel's Messiah twice in the last week to sold-out crowds. Everyone who saw me remarked that I looked like I was bursting with joy. I was - especially during the Hallelujah Chorus!! As we finished I thought we might just get lifted up into heaven. I believe the Messiah is the most beautiful piece of worship music ever written, and that the Hallelujah is the best part of the Messiah. 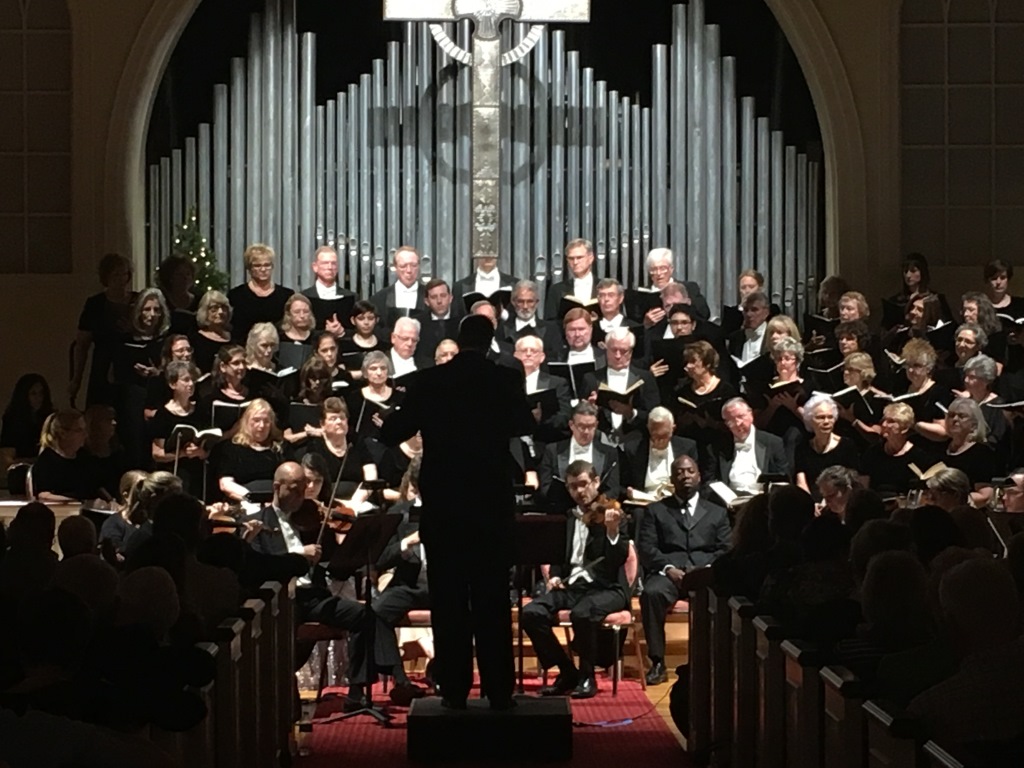 Some of the composers of sacred music were not Christians. They just wrote the kind of music that people wanted. But there is no way that George Friedrich Handel could have written the Messiah unless he had been a believer writing under the anointing of the Holy Spirit.

Up until 1741 Handel’s career had been a series of ups and downs. The church hierarchy thought it was scandalous that he performed sacred music in secular theaters, and they attacked him mercilessly. He drove himself to create music that people would love, and the stress took its toll on his health. After being close to bankruptcy several times through the years, Handel was again drowning in debt. On April 8 of that year he conducted what he thought would be his final concert.

Fortunately for the world in general, and for music lovers in particular, God had other plans. He brought together two seemingly unrelated events that resulted in the composing of Messiah.

First, the libretto for what would become Messiah was given to Handel by a friend, Charles Jennings. A libretto is the text for an opera or a musical. In this case Jennings wanted to share the Gospel by telling the life of Christ using only Bible verses from the Old and New Testaments. At about the same time Handel was given a commission by a Dublin charity to compose a work that would be performed at a benefit concert.

Amazingly, the entire Messiah (including the solos and the orchestral accompaniment) was written in 24 days! Most composers would have taken one or two years to write such a masterpiece. Handel was fasting and praying the entire time. The waiter who delivered food to him several times a day reported that when he returned the food was untouched, or in a few cases, only a small amount had been consumed. He never left the house during those 24 days, and he composed from early morning to late at night.

On the day that Handel finished the Hallelujah Chorus, the startled waiter was met by Handel, who had tears streaming down his face. He cried out, “I think I did see all Heaven before me, and the great God Himself.”

Handel first conducted Messiah in April, 1742, at the charity benefit for which it had been commissioned. Amazingly, the performance raised 400 pounds and freed 142 men from the debtor's prison. A year later, Handel staged it in London. The Church of England continued to persecute Handel, but the King of England attended the performance anyway.

As the first triumphal notes of the triumphant "Hallelujah Chorus" rang out, the King was so touched that he rose in tribute. When the King stands, no one sits, so the entire audience stood, as well. And that is why, centuries later, audiences around the world stand when Hallelujah is sung.

Every year Handel's Messiah is performed thousands of times all across the globe. It was written as an evangelistic tool. Jennings’ libretto was compiled from Scriptures that told the story of the Good News, from the birth to the death and Resurrection of Christ. Handel had for years taken his music outside the four walls of the churches to the theaters in order to reach those who would not normally go to church. The result was the Messiah, which has touched the hearts of more people for the Lord than any music ever written.

If you click on the picture above, you will see and hear the choir sing the "Hallelujah Chorus" in the food court.

If you click on the second picture, you will hear and see the choir I sang in (that's me to the right of center - I'm the one with the red beard) singing the second most beautiful song in Messiah - "For Unto Us a Child is Born."