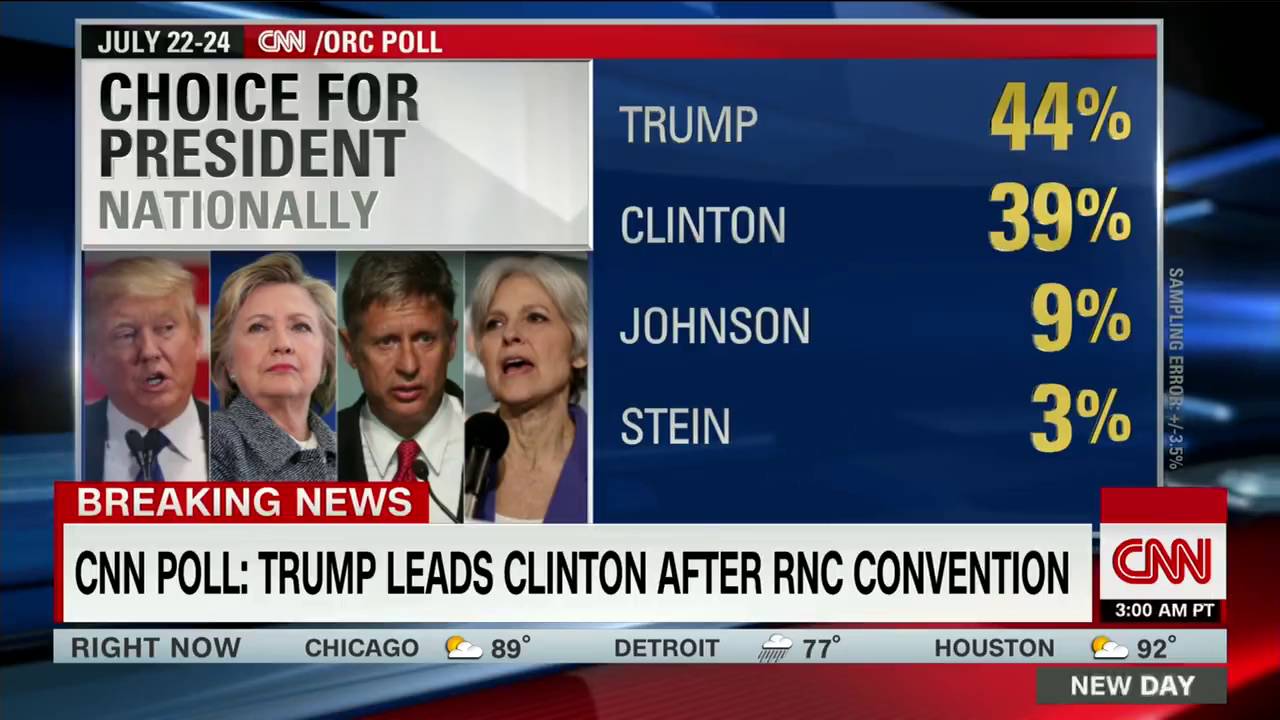 DISCLAIMER: I am not neutral in this matter. I sincerely hope that Donald Trump is elected president in November. But I fear he is shooting himself in the foot.

Hillary Clinton is such a pitiful candidate that I have often said that the only way Donald Trump should lose to her is if he talks his way out of the presidency. Hillary is the queen of corrupt politicians; has been proven over and over to be a compulsive liar; and is such a bitter, divisive person that even many of the people who plan to vote for her can’t stand her. They are only voting for her for ideological reasons.

Trump has everything the country is looking for. He is not a Washington insider, he is a successful businessman, he is patriotic, and he will keep us safe – both from terrorists and from illegal immigrants. Best of all, he is rich, so he has no need to rip the nation off for millions of dollars as Hillary has done.

But “The Donald” also has something called “poor impulse control.” This last week he has done things that could well have been scripted by the “Never Trump” movement.

I will not rehash all the ridiculous, hurtful, and downright false things he said about people during the primaries, but I will mention what I consider the worst. When he insulted John McCain, a war hero who served our country honorably in the most terrible of conditions because he was captured, I was horrified. McCain was offered the opportunity to be released from an infamous Vietnamese prison camp because his father was a US Admiral, but he refused, choosing to stay with his men. He was tortured for years, but he never betrayed his country. For Trump, who never got closer to military service than attending an expensive preppie military school, to insult McCain’s service was reprehensible.

I thought that once the primaries were behind him he would concentrate his insults on someone who richly deserves them – Hillary Clinton. There’s a saying that I hoped Trump would heed: “When you’ve dug yourself into a hole, stop digging.” As much as Americans dislike Hillary, all the polls show that they dislike Trump even more. He has dug himself into that hole by running his mouth, and I thought he had realized that and would start rehabilitating his image by talking about things that matter.

It seemed that was the case – until this week. Suddenly he attacked Paul Ryan, John McCain, and – of all people – Kelly Ayotte. He refused to endorse the three in their re-election campaigns, and had rude things to say about them. Granted, all three had criticized his treatment of the Muslim parents of a US Army Captain who lost his life in the Middle East. But Trump needs to be a bigger man if he wants to be elected. He should have ignored their criticism – which, in my opinion was valid – just as he should have ignored the criticism of the Muslim father.

If he’s so thin-skinned that he feels compelled to attack everyone who disagrees with him, then I’m afraid that Trump’s critics may be right. Maybe he doesn’t have the temperament to run this nation. No one in the world receives as much criticism as the president of the United States – from both friends and enemies. So, if you can’t stand the heat, get out of the kitchen.

If he is elected, Trump is going to need a really strong relationship with Paul Ryan. Trump is thinking like a businessman. The people who work for him have to take whatever he dishes out, or leave. I don’t think he has fully grasped that even if he becomes president, Ryan will not work for him. The Speaker of the House runs one of the most powerful institutions in the world, and Trump is going to need him. He’d better stop his childish game-playing and learn how to get along with Ryan.

After his insults toward Senator John McCain and the furor that raised among patriotic Americans and particularly veterans, Trump should have vowed to never mention his name again unless it was in a compliment. Whether you like his politics or not (and I personally don’t) McCain is: (a) A war hero;  (b) A powerful sitting US Senator; and (c) The former standard bearer for the Republican party. So if Trump wants to play with the big boys – whether or not he likes them – he needs to pull on his big boy pants and start acting like an adult (or at least a mature teenager).

And what had Kelly Ayotte done to injure Trumps’ delicate sensibilities? Sure, she criticized his ham-handed treatment of Dr. Kahn. I realize that Hillary had him speak at the Democrat Convention for one reason – to get under Trump’s skin. And he was dumb enough to fall for it. It was a trap, Trump! He brags about his great deal-making skills, but he fell for what everyone else saw was a trap. You can never win by insulting the parent of a fallen war hero. Get over it, swallow your massive pride, and do something you seem to be incapable of doing – apologize to the Khans.

And while you’re at it, apologize to Senator Ayotte. She was right to criticize you – for your own good and for the good of the party. But she did it because she wants you to win – and you’re not going to win if you keep acting like you’ve been acting. Ayotte is someone you want on your side. She is a strong, Conservative woman. You need Conservative women to vote for you. And insulting women like Ayotte is not going to help in that area.

This has been a bad week for Donald Trump. Now that I’ve gotten all this off my chest, I have to compliment him on the way he ended the week. He manned up and endorsed all three of the fellow Republicans he had insulted. He used notes so his “poor impulse control” wouldn’t take over and make him insult Billy Graham or the Pope. He even sounded sincere. The one thing missing was any sort of apology, but as I said, I don’t think he is constitutionally capable of that. I have this theory that if he tried to apologize he would have a stroke or his head would blow up.

Trump has made a good attempt in the last few days to temper his temperament. It may well be true that some of the people he trusts took him into a room somewhere and did an intervention with him. I imagine someone slapping him on the side of the head and saying, “You’re down ten points against a disaster of an opponent. If you don’t control your mouth and start acting like someone Americans can feel comfortable with, you ARE going to lose.”

It probably didn’t happen like that. I don’t think the Secret Service would allow anyone to slap him. But it seems someone, or several someone’s – Huckabee, Gingrich, Christie, Carson, and probably his family – sat him down and read him the riot act. I just hope it takes.

If the “new” Donald Trump – the kinder, gentler, more reasonable Donald Trump – keeps showing up, he will probably be elected. If he slips back into the “old” Trump mode, he might as well go back to one of his Trump Towers and start planning his next golf course.

I don’t want to see him lose his fighting super powers. In fact, although I like them both, I said early on that neither Governor Huckabee nor Dr. Carson could beat Hillary because they were too nice. Trump needs to be tough, and he needs to fight. He just needs to direct his ire toward Hillary, and stop attacking the people he needs to help him get elected. I think he’s finally realized that – and realized that he can’t win it alone.