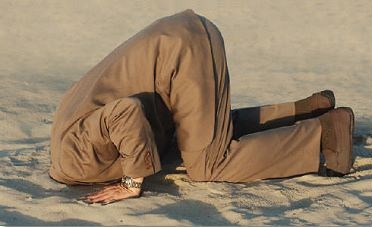 The next global financial crisis will be the worst international financial collapse of all time. The Panic of 1929 resulted in what most call the US Great Depression. But actually, the Great Depression spread to almost the entire world within 6 months. Ironically, the only nations that were spared were the impoverished countries that no one would lend to. The economies of the nations with huge debts were crushed.

No one knows whether this next crash will be triggered by the huge debt of European nations causing the Euro to crash first, then spreading to the US Dollar and other currencies; or whether the Dollar will trigger the crash of the Euro, the Pound and the Yen. In a way it doesn't matter, because the outcome will be the global economic collapse that economists have admitted was avoided with just 24 hours to spare in 2008.

I would like to invite you to attend a Webinar series titled, “The Great Financial Panic of 2017.” We have already had four Webinars in this series. The links to their recordings are below. You can either watch those to get up to speed; or just jump in on the next class on Monday, April 18 at 8PM (Eastern Time).

As soon as we announced this series, we received two kinds of emails criticizing the title. The first type was along the lines of, “Why are you talking about 2017? The experts I follow all say the Crash will happen in 2016.” The other group criticized us for creating unwarranted fear.

Rather than creating fear, the purpose of the series is to educate and train - particularly in the area of how to prepare for the inevitable. If you watch the recordings you will see that this is the case. The United States used to be the greatest Creditor nation in the world – we lent to everyone. Today we are the greatest Debtor nation the world has ever seen – we owe almost everyone.

Since Obama took office, he has added more to the National Debt than the first 42 presidents combined during the first 225 years of our nation’s existence. Obama has doubled the National Debt in just seven years. This is a prescription for disaster. We can either hide our heads in the sand, or we can learn about the danger and prepare accordingly. If we understand what is happening and prepare, there is no need for fear.

As to the year in the title, no one knows the timing. The government is not going to put a full-page ad in the Wall Street Journal announcing, “The Financial Crash Will Take Place on June 15, 2016.”  I was speaking at a conference in North Carolina over the weekend. Afterward a lady asked me, “What kind of warning will we get before the collapse.” My answer to her? “You just received your warning.

With that said, my best guess is that we will see a collapse of at least the stock market, but also possibly a US Debt Crisis and perhaps a collapse of the US Dollar itself in 2016. I believe it could happen this summer, but possibly much sooner.

So why do we speak of the Panic of 2017? Simply because, although the crash could happen in 2016, many people won’t recognize what is happening until months later. That’s when panic will take hold. Remember that in both the German and the Argentine hyper-inflations the inflation started slowly – at about the level of the current US inflation. Then it increased faster and faster – like water swirling down a drain – until it couldn’t be stopped.

The world financial system is at risk of a GDC (Global Debt Crisis). It’s basically a tinderbox that could easily catch fire. Just one spark could bring the whole financial whole world down in flames. What could cause that crash? There are four specific sparks that could trigger this. Any one of them could be the trigger, but all four sparks in the same time frame would result in The Perfect Financial Storm. Each of the last two Webinars has focused on one of the sparks. Monday night's Webinar focus will be on Spark 3 - Big Banks, Too Big to Fail.

In the quaint old days, your bank was on Main street and you knew the manager, who greeted you by name. Now big banking is virtually robotic with few personal touches, constant mergers and changing of personnel. Big banking really isn’t even about banking anymore. It is really about gambling on a scale so large that it makes Las Vegas casinos look like bingo games. Most Americans have no idea what is going on.

Very few know that in 2008 we came within hours of a complete global financial collapse. If that had occurred, your money in banks, insurance companies, annuities, mutual funds, bonds and of course the good old stock market could have literally evaporated! Only hard assets would have survived such a crisis. Today the danger is greater, because the National Debt that the government reports has doubled. And the TRUE National Debt (which includes the government’s obligations for Social Security, Medicare and Medicaid) is over $100 Trillion. Together our TOTAL National Debt (as measured by the International Monetary Fund, the same as other nations) is $122 Trillion Dollars.

100 years from now, history will look back at what happened in 2017 and conclude that our governments were blind not to see it coming. In this powerful new Webinar series, Christian Financial Concepts instructors will share their tremendous research and insight into the makings of what will become history. It is said that knowledge is power. In the coming year, the power of knowledge will never have been more valuable. Buckle your seat belts, because this is going to be a wild ride.

Try not to miss a single class of this series, because if you attend live, you can ask questions of our world-class instructors. If you must miss a night, go to www.ChristianFinancialConcepts.com – you’ll find the Webinar posted there within 24 hours. The final class will be on May 3.