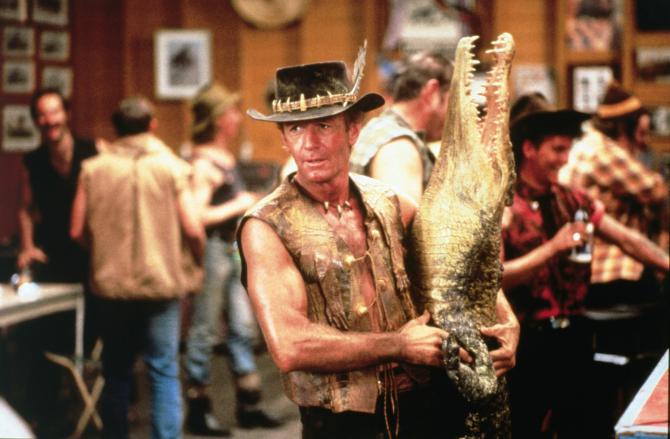 The movie Crocodile Dundee popularized the phrase, "No fear!" The Bible says it differently: "For God has not given us a spirit of fearfulness, but one of power, love, and sound judgment." (II Timothy 1:7)

In a Webinar series on ChristianFinancialConcepts.com we have been talking about some pretty scary stuff for the past six weeks. As most economists now admit, in 2008 we came within 24 hours of a global financial meltdown that would have impacted the finances of everyone on the planet. Assets in banks (federally insured or not), insurance companies, Mutual funds, stock brokerage accounts, money markets, annuities, IRA’s, 401k’s and all types of retirement plans (including Social Security) will simply vanish. Oh, you’ll still get a statement that says your money is there, but you will not be able to withdraw or use it.

What we are talking about is a Global Debt Crisis (GDC) that promises to be much worse than the Panic of 2008. Everyone knows that US debt instruments are basically worthless, since the US is “technically” bankrupt. I don’t know why they call it “technically” bankrupt. The simple fact is that we owe Trillions of dollars more than we own. If the US were an individual or a business, there would be no question that it is bankrupt.

The thing many Americans don’t realize is that most of the other nations of the world are also bankrupt. They, like the US, are living on borrowed money – money they can never pay back. There is some question about what will trigger the GDC – but very little question about whether it will happen.

It could be the US defaulting on its debt. Ever since the US lost its top credit rating, that has become more and more of a possibility. Our Crash would become the world’s problem, too, as it spreads to nations that hold our debt, and then to nations that hold their debt. It could be another nation that starts the dominoes to start falling. There was fear worldwide when two tiny nations defaulted – First Iceland, then Cyprus. Imagine what would happen if a major nation – any major nation – defaulted.

Other triggers could be international events that are not necessarily financial in nature, but which could cause huge financial dislocations. One possible trigger that is in the news now is the so-called “Brexit.” The Brexit is the potential British exit from the European Union. Great Britain is due to have a national vote on disengaging from the EU this summer. Millions support the move. Naturally the Prime Minister is opposed to it, because as a member state, his position as the head of a stable nation gives him increased stature and influence personally.

Why are the “regular” people fighting the elites on this? They have the same concerns we do – uncontrolled (and uncontrollable) immigration from Muslim nations. But their problem is bigger than ours. Instead of just having a clueless president admitting potential terrorists, they have the other 27 nations of the EU who can do so. And by EU law, people admitted by any nation are free to wander the whole Union. EU nations are basically borderless to other EU nations.

Since Great Britain does not use the Euro, it will be easier for them to leave. Along with eight other nations (Sweden, Romania, Hungary, Denmark, the Czech Republic, Croatia, Bulgaria and Poland) the UK joined the European Union, but not the EuroZone. That means that these nine nations were smart enough to keep their currency – one of the main determinants of national sovereignty.

If the United Kingdom does exit the EU, it could cause an exodus of other nations. The first to leave would likely be the nations that, like Britain, have kept their own independent currencies. Next will be the larger nations like Germany and France which have been supporting welfare states like Greece, and are tired of it. Finally, the smaller Socialist nations that have been like leeches sucking the money away from more capitalist nations will depart – because the EU will no longer exist.

If Great Britain leaves it will be great for them. But if their exit causes the breakup of the EU, it could start a wave of national defaults that would reach the US.

So whether it starts in the US, the UK or another nation, top experts from various disciplines are predicting that 2016 will be the year that we experience the Global Debt Crisis that we so narrowly avoided in 2008. If that happens, 2017 will truly be a year of panic for many.

But not for everyone. If we follow the Word, we will be "the head and not the tail; above and not below." It's a matter of trusting God and of preparation.

I’d like to invite you to attend a free Webinar on Monday at 8PM (Eastern). At that time we will recap the last six weeks of teaching on this subject. We will also show you how to prepare so that you can protect your family, your ministry and your business. God doesn't give us a warning without giving us a solution. That's because He doesn't want His kids to be fearful. Most people will panic because they won't realize what is happening until it is too late. But if we are wise and plan well in advance, we will have no need to fear.

If you miss it, the recording will be posted within 24 hours atwww.ChristianFinancialConcepts.com