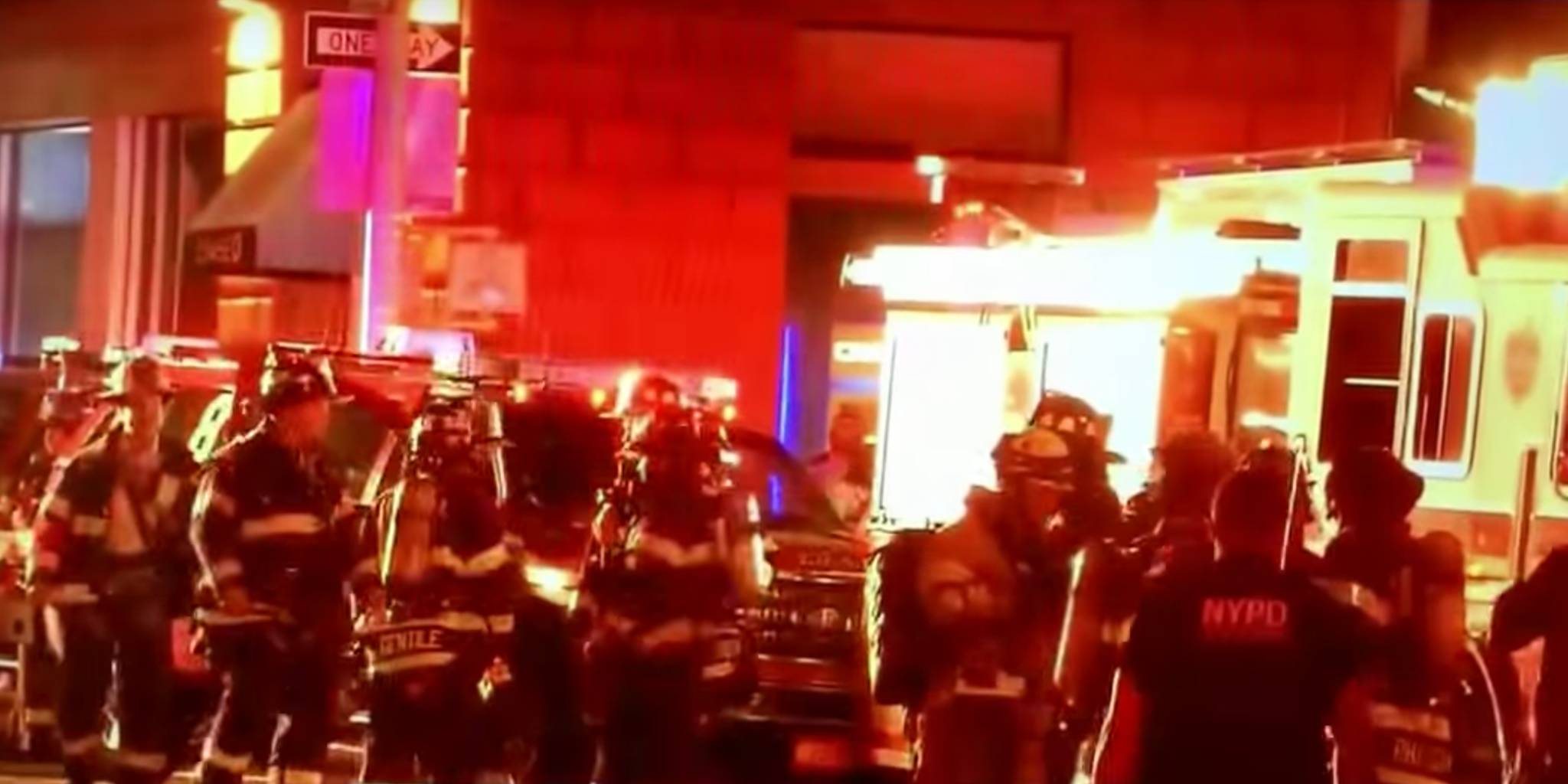 Shortly after the latest terrorist bombing in New York City, Liberal Mayor Bill DeBlasio made the ridiculous comment that the bomb was “intentional” but not terrorism. What does that even mean? Is it possible to build and place a bomb by accident? No. So, of course, it was “intentional.”

And it’s just as obvious to everyone but the Mayor that it was terrorism. The bombing is still under investigation, so we can’t definitively say that it was Islamic terrorism. But a bombing that terrorizes the civilian population can only be called what it is: Terrorism. Except, of course, by the Liberal political elite class, who always refuse to acknowledge terrorism until they are forced to do so. If DeBlasio had been mayor of New York City on 9-11-2001 instead of Rudy Giuliani, he would have undoubtedly labeled the terror bombings “domestic violence” or “an unfortunate accident in which two airliners crashed into the two tallest buildings in New York.”

I wonder how Americans would have reacted on December 7, 1941, if the president had announced, “There have been some explosions at the US Naval Base in Pearl Harbor. Almost 3,000 military personnel and family members have died. We will investigate to determine whether it was an act of war.” If he had reacted in that manner, Roosevelt would have been hounded out of office.

Instead, he immediately acknowledged the obvious: That the United States had suffered an unprovoked attack by Japan. Then he declared war on that nation. Was that so hard?

The point is that without identifying the enemy, he could not have acted against that enemy. It would have been impossible to protect our nation against Japan without identifying Japan as our enemy and declaring war against her. (I hope Obama, Hillary, DeBlasio and the rest of the Liberal establishment are listening.)

Note these contrasts: George W. Bush quickly identified the source of the 9-11 attacks as Muslim terrorists, and identified them to the nation. To this day, Obama has not acknowledged that Islamic terrorists were involved in the attacks on the Twin Towers nor in the dozens of terror attacks since then – although the evidence of the involvement of Islamic Jihadists is overwhelming.

George W. Bush had the courage to declare war on terrorism. Obama (and Hillary Clinton when she was Secretary of State) wouldn’t allow government employees to even use those words. In Liberal-speak terrorism becomes “extremism.” And – according to them – there is no war. It’s just “a series of persistent, targeted efforts to dismantle specific networks of violent extremists that threaten America,” according to Obama.

George W. Bush knew that global Islamic terrorism posed an existential threat to the survival of the United States and that it would require an intensive military effort to track down and kill those who had waged war against us. Obama and Hillary have insisted on treating terrorism as “criminal activity.” (How many times have we heard them use those words to describe terrorism?) And they believe that the FBI and police are the best suited to investigate the crimes and bring the criminals to “justice” in our courts. Only grudgingly have they used military force to fight “extremism.”

Imagine this. What if the United States had sent a team of FBI agents and forensic experts to Japan to investigate the Japanese High Command and arrest them if they determined that a crime against the United States had been committed? We would have been a laughing stock on the world stage – as we are today.

Which brings us to today. The reason we had four terrorist attacks against us in the last 24 hours is that Islamic Jihadists see us as weak and our responses to their acts of terror as ineffectual. Mayor DE Blasio’s irresponsible, feckless reaction proves that point. That perceived weakness emboldens the cowards who commit terrorist attacks.

So, what has happened in the last 24 hours? There was a terrorist bombing at a Marine Corps charity run in Seaside Park, New Jersey Saturday morning. Thousands of people were lined up to start the race when it was delayed by the discovery of an unattended backpack. The backpack turned out to be harmless, but one of three bombs left in a trash receptacle exploded while the incident was investigated. Had the race started on schedule, hundreds of runners would have been passing by the receptacle when the bomb exploded. If all three had gone off, the damage would have been massive.

On Saturday evening a dumpster in the Chelsea neighborhood in New York City exploded, injuring 29. I mentioned four attacks earlier. This was the second. The third was a failed attack. A few blocks away from the dumpster police located and neutralized a pressure cooker bomb (similar to the one that caused so much devastation at the Boston City Marathon).

Around the same time a Muslim terrorist attacked and stabbed eight people in St. Cloud, Minnesota. City officials refuse to admit it was a terrorist attack. But they acknowledge that he was shouting “Allah” as he attacked people – and that he asked if they were Muslim before he knifed them.

What will it take for politically correct public officials to admit the obvious? Do terrorists need to wear signs stating, “I am an Islamic terrorist!”? Isn’t the Minnesota Jihadist’s motive clear when he only attempts to murder non-Muslims?

Friends, we have entered a new phase in the life of our nation in which terrorist attacks are becoming ordinary. I hate to turn on the news in the morning because it seems that practically every day there is a bombing, a stabbing spree, a police officer shot, or some other type of terrorist attack somewhere in the world. In the last 24 hours alone there were three attacks and one failed attack in which the bomb didn’t explode.

Now ISIS has announced a new initiative. It is encouraging its fellow Muslims all over the world to kill children! Yes, you heard that right. Innocent children. You see, in this bloody, heartless “religion” they don’t recognize innocence. If you are not Muslim, you are guilty. And what better way to strike terror into the hearts of a people than to maim or murder their children? And it’s a lot easier to attack a defenseless child than an armed police officer.

ISIS has also published a guidebook on effective terrorism. One of the tactics the book recommends is to go after tourist areas, such as Chelsea. It also recommends attacking business targets such as Manhattan, in order to disrupt our economy. 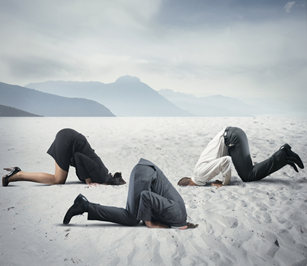 The only thing that will protect us is an aggressive attack on the attackers. It’s all a matter of timing. If we kill them first, they can’t kill us.

“What about turning the other cheek?” you may ask. These words of Jesus were not endorsement of pacifism, as some claim, nor a call to foolishly allow our family and friends to be placed in physical danger. “Turning the other cheek” means not to return insult for insult. It refers to personal retaliation for a personal slight or injury. It doesn’t negate government’s first responsibility, which is the protection of its citizens.

Romans 13:4 proclaims, “For the one in authority is God's servant for your good. But if you do wrong, be afraid, for rulers do not bear the sword for no reason. They are God's servants, agents of wrath to bring punishment on the wrongdoer.”

Our present head of government has failed miserably at protecting us. In fact, Obama and Hillary’s destruction of the nation of Libya helped create and nurture ISIS, making the US less safe, as have many others of their policies.

Their policy seems to be to wait until we are attacked, and then – only with great reluctance - to use military force. Our safety demands an opposite response.

We need to proactively use the sword to bring wrath upon the heads of those who intend to harm us. We need to increase our human intelligence assets in the nations where we know terrorism is birthed to determine our targets. And then we need to employ massive military assets – not the token strikes Obama typically employs – to obliterate the viper’s nests where they hide.

It’s a simple plan. Identify the enemy. Locate him. Destroy him.

Unfortunately, it seems too complicated for Obama, Hillary, and the Democrats to grasp.