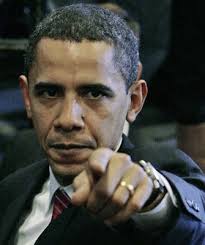 This should shock no one, but Obama actually had the gall to order black Americans to vote for Hillary. In his final address to the Congressional Black Caucus, he shouted, "After we have achieved historic turnout in 2008 and 2012, especially in the African-American community, I will consider it a personal insult, an insult to my legacy, if this community lets down its guard and fails to activate itself in this election. You want to give me a good send-off? Go vote."
This was insulting in so many ways...
1) He assumes that blacks are not smart enough to vote on their own, and they need him to tell them whom to vote for.
2) He assumes that they will obey his command without question.
3) He assumes that he and his party "own" the African American vote.
4) After years of telling us that his presidency has transcended race, in his farewell he admitted that was not the case.
He told the CBC that, because they were black, it would be a "personal insult" to his legacy as the first black president if they strayed off the Democrat plantation and dared to vote like white people. His not-too-subtle message was that whites could vote however they chose, but blacks were expected to vote Democrat - or face the wrath of Obama.
Copyright ©2016
Read more by Dr. Tom Barrett
Tweet