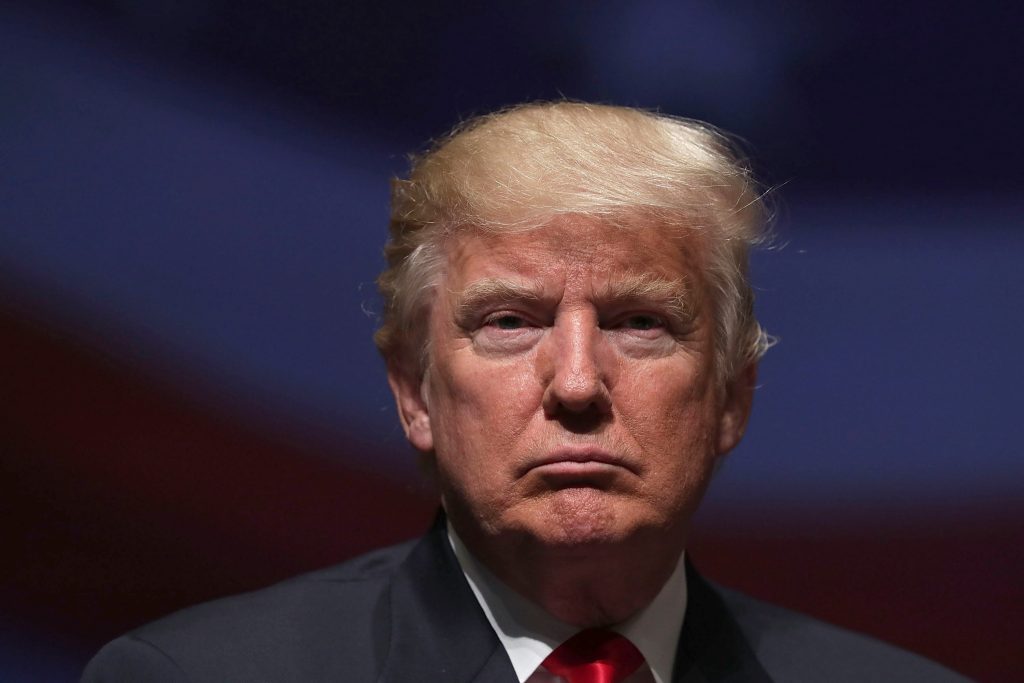 Prominent Republican leaders have called for Trump to withdraw from the race because of a tape leaked by the Clinton campaign in which Trump made some disgusting comments about women. I am not a politician, but as a private citizen who knows the Constitution, the law, and politics I know that what they are calling for is impossible. They want Mike Pence to take Trump’s place. How ridiculous!

Mike Pence has not had a single vote cast for him in this campaign. Trump received millions of votes from Conservative and Republican voters across the nation. The only reason Pence is on the ticket is that Trump chose him. The delegates to the Republican Convention, who represent millions of voters, nominated trump. And now the party elites think they can overturn the will of the people? It is a concept beyond stupid.

Do they care that Muslims and their barbaric Stone-Age Sharia law will make more inroads into our society if Trump is not elected? No, they don’t. But evangelicals care. Most evangelical leaders, myself included, find the Trumps remarks on the eleven-year-old tape extremely offensive. But we weren’t supporting Trump because we thought he was a choir-boy. We knew he was rude, crude and lewd all along – just as many of our best known presidents were.

Some enterprising person put together audio clips of Obama and some former presidents using foul, lewd and disgusting languages and cursing non-stop, in a two-tape series called “Presidents Being Colorful.” From LBJ telling filthy jokes, to Nixon cursing non-stop, to Kennedy using the “F” word to Obama saying “B*itch nigga, buy your own damn fries. Now you know that guy isn’t sh*ttin’. Sorry-ass mother-f***er ain’t got nothing on me.” (Listen to the tapes if you doubt me.)

And those are just their words. What about their actions? LBJ was a notorious womanizer who bragged about it to his buddies. John F. Kennedy was more discreet, but he had women in the White House for liaisons. And, of course, Bill Clinton started abusing his office (and his staff) as Governor of Arkansas, and continued his extra-marital activities in the White House.

Would I prefer a born-again Christian as president? Of course I would. I would even vote for a born-again Democrat, if one ever ran who didn’t support the Godless Democrat platform or murdering unborn children and supporting marriage between homosexuals.

The point is that we don’t have that choice. If Trump is born-again, he’s hiding it well. Mike Pence is a wonderful, committed Christian, but he isn’t the head of the ticket. Both Hillary and her boot-licking sycophant running mate are just as bloodthirsty as Obama on the abortion question, and both have been frightened into submission by the LGBTQ lobby.

So, unless we want to waste our votes by pulling the lever for a pot-smoking Libertarian or the “Green” Party candidate, Jill Stein, who is even further Left than Bernie Sanders, Trump is the obvious – and only – choice.

I’m in good company in my opinion. Most evangelical leaders are as disappointed as I am about Trump’s filthy talk, and we pray that he is, as he says, a new man today. But regardless, they will not vote from Hillary. Trump may not stand for everything we believe in, but Hillary vehemently opposes everything true evangelicals stand for.

“The crude comments made by Donald J. Trump more than 11 years ago cannot be defended,” wrote Franklin Graham. “But the godless progressive agenda of Barack Obama and Hillary Clinton likewise cannot be defended.” Graham has not formally endorsed either candidate, but has made it clear that he endorses issues Trump stands for. “The most important issue of this election is the Supreme Court,” Graham said.

Tony Perkins, head of the Christian conservative Family Research Council, did not back down from his personal support of Trump. “As I have made clear, my support for Donald Trump in the general election was never based upon shared values rather it was built upon shared concerns,” including the Supreme Court, national security and religious freedom.

David Brody from the Christian Broadcasting Network tweeted, “This just in: Donald Trump is a flawed man! We ALL sin every single day. What if we had a ‘hot mic’ around each one of us all the time?”

And Robert Jeffress, the nationally known pastor of First Baptist Church in Dallas, said that he believes Trump is “still the best candidate to reverse the downward spiral this nation is in…While the comments are lewd, offensive, and indefensible … they are not enough to make me vote for Hillary Clinton.” He said he would “not necessarily choose Donald Trump to be a Sunday School teacher” but he still supports Trump. “To say Trump’s comments disqualify him from being president assumes that Hillary Clinton is more moral than Donald Trump.”

Many other evangelical leaders, including influential black pastors expressed similar sentiments. The message from these people was clear: This election is not a matter of choosing the lesser of two evils. It is a matter of choosing between a flawed man who shares the same love of country and a desire to return America to its former state of morality and strength that evangelicals pray for; or an immoral woman who lies constantly, puts our national security at risk, and shares the values of Marx and Lenin.