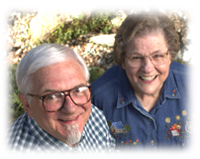 Dr. C. Peter Wagner lived a long life serving the Lord. He was 86 when he moved on to his final career as a worshipper in Heaven last Friday, October 21. Although he fought hard in faith battling his illness, he was ready to go to his reward. But I – along with, I’m sure, many, many others – stormed Heaven for his healing. I wasn’t ready to see him leave.

I have had many mentors in my life. But he was the wisest, and one of the kindest. He was an extremely busy man, but he always took the time to talk to me when I had a question or a problem. He was an excellent writer who authored more than 70 books. Yet he would take the time to encourage me when one of my articles caught his attention. I will miss him greatly.

Hubert Humphrey said. “Behind every successful man there is a proud wife and a surprised mother-in-law.” I imagine His mother-in-law was not surprised at the great work he did for the Kingdom of God. And, although his wife, Doris was proud of him, she was far more than an observer of his ministry. She was an integral part of it.

That’s why I chose the photo above showing both Peter and Doris. Doris, his wife of over 60 years, did much more than support Peter’s ministry. She was a minister who engaged in spiritual warfare herself. But since he was a great visionary, he sometimes needed grounding. Doris kept him on track, watched over his health, and protected him fiercely. They made an awesome team.

I should also mention their daughter, Ruth. Although all their children were very supportive of Peter and Doris’ ministry, Ruth lived with them during Peter’s last years. She used her computer and organizational skills to further the ministry, and to lighten the load on Peter and Doris.

Peter lived an amazing life. He packed more into his eight plus decades than any six successful ministers I know. He started life as a dairy farmer, and he never forgot his roots. Several times when I visited he showed me his collection of antique, beautifully restored tractors. Once he even let me drive one! And his home office had a cow motif.

He and Doris felt called to the mission field, so they spent 15 years in Bolivia. He once told me that, of all the assignments God had given him, he enjoyed being a missionary the most. Much of his writing and teaching revolves around missions.

Upon returning to the U.S. he spent the next 30 years as a professor of Church Growth at Fuller Theological Seminary. During that time he taught students from almost every nation in the world. Many of them are outstanding church leaders today.

Along the way he earned graduate degrees in theology, missiology and religion from the University of Southern California, Fuller Theological, and Princeton Theological Seminary. But what impressed people so much about Peter was not his great knowledge, but rather his kind heart.

C. Peter Wagner founded or nurtured six major national and international ministries. Many others in his position have held on to control until they passed away. But he was more interested in an orderly transition and the ongoing strength of these ministries, than he was in personal acclaim or power. I was in the meeting when, shortly after he turned 80, he announced that he was handing over the reins of these ministries to six awesome people whom he had mentored.

A final note: In her email detailing Peter’s funeral arrangements, Doris shared this:
One of the closest things to Peter's heart was evangelism and church planting. It just so happens that our daughter Rebecca and her husband Jack Sytsema are in the process of starting a new church in Grand Rapids, Michigan. Therefore, I have decided that it would be very appropriate that lieu of flowers, please make donations to that new church planting effort. The name of the church is Lake Effect Church. Peter's last outing was to church two weeks ago where he took part in commissioning Jack for that effort.  Becky was unable to attend, since they have two special needs boys at home. (You can donate at www.LakeEffect.church)

Peter Wagner: Husband, father, grandfather, apostle, prophet, church leader, professor, author, mentor, friend – but, most of all, faithful servant of the Living God. We honor his life and memory, and pray for peace and comfort for Doris and the rest of his family.