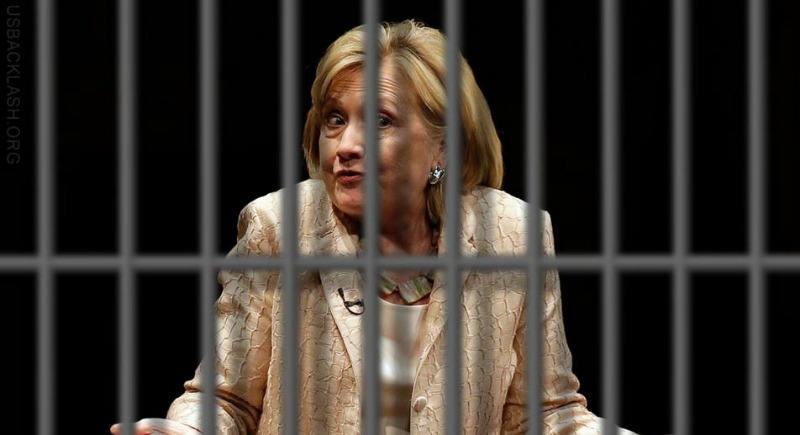 When George W. Bush was sworn in as the 43rd president of the United States, he believed that he should take the “high road.” He made it clear that the crimes of the Bill Clinton administration, most of which were unknown to the population at large, would not be dragged into public view. The sad years of the Clinton administration should be forgotten. It was thought that we would never again have a president so willing to sell out American interests to foreign nations.

In retrospect, President Bush’s high-minded mentality aside, he made the wrong call. Consider Bill Clinton’s expansion of “dual-use” rules, which knowingly and willingly allowed communist China to gain access, through American companies, to MIRV (multiple independent reentry vehicles) technology and missile launch technology for nuclear weapons, and access to silent-running submarine technology, all in exchange for campaign contributions through channels such as Charlie Trie, Johnny Chung, John Hwang, and James Riady. Had Clinton faced investigation, perhaps he would not have been in a position to establish the Clinton Foundation. It’s the Clinton Foundation which served as Clinton Family Part Two for foreign influence into the American government and into the Hillary Clinton for President apparatus.

Recent comments by President-elect Donald Trump suggest that he may be willing to repeat the mistake made by George W. Bush.

The focus of law enforcement is not to “help her heal,” as Trump advisor Kellyanne Conway put it about Mrs. Clinton, but to carry out the law as written. That is exactly what current FBI Director James Comey did not do when he divined that Mrs. Clinton displayed no intent to break the law. Several of the federal statutes that she broke do not contain provisos of intent, rather descriptions of prohibited actions.

In fact, when the federal government attempted to prosecute whistleblower Thomas Drake under 18 USC 793, the government argued that the defendant did not have to intend to cause harm to the country. Director Comey had his own ideas about application of laws for Mrs. Clinton.

Federal laws- not rules- that either we know that Mrs. Clinton broke or she likely broke include:

Prosecution for the above, combined, could result in well over 40 years in prison. Due to my concern about the potential length of this commentary, dear readers will have to themselves research what each law entails.

Judging by voluminous past cases, when a person publicly lies in order to conceal a crime, that single lie is a single federal count of obstruction of justice (18 USC 1001). Now count how many times Mrs. Clinton lied to the public. Each lie is another federal count. Adding it all up:  the emails; allowing others without clearance to have access to classified information; and the lies in order to obstruct justice; she should face well over 2,000 federal counts.

In regard to such legal breaches, please keep in mind the following:

·         We know that Secretary Clinton ordered a staffer to remove a Classified label and send a Classified document through an unsecured fax machine.

·         There were 22 emails so secret that the information contained therein could not be disclosed to the public.

·         We know that Secretary Clinton did not return all records to the State Department, as she legally swore that she did upon leaving office, thus the hunt for her emails.

·         We also know why Mrs. Clinton chose the route of having her email on a personal server:  She was videotaped at a fundraiser, laughing about how foolish it would be for her to use email because she has been investigated so many times. ABC News aired the video in question. Her words speak volumes about her intent. Perhaps Director Comey is not as prolific of a mind reader as he believes.

If Mrs. Clinton is not investigated; if a strong case is not brought forward- a strong case was previously made by Director Comey before his decision to rewrite laws- then what do we tell the people who have been prosecuted for similar, yet less damaging, crimes? What do we say to General David Petraeus, who did not properly secure a classified email and allowed someone who lacked proper authorization to view such an email? What do we say to Major Jason Brezler, who was discharged from the Marines for sending a classified document to a fellow Marine, which served as a documented warning about an Afghan official? The warning went unheeded, three Marines died as a result, and the only person held responsible was Major Brezler.

Congressman Jason Chaffetz of Utah has promised additional hearings because of a possible quid pro quo arrangement between the FBI and the State Department as the latter department sought to protect its former boss. Further, even after President-elect Trump made his “no investigation” comments about Mrs. Clinton, Rep. Chaffetz stated that the investigations about her national security breaches by way of her email accounts and her pay-to-play Clinton Foundation arrangements “are not done.” President Trump does not need to lift a finger and yet the investigation and prosecution of Hillary Clinton can proceed.

Further, there will be State Department officials (think Undersecretary of State Patrick Kennedy) who will take actions on the way out the door to protect the former Secretary of State. As Congressman Chaffetz has stated, “tens of thousands of documents” still have not been turned over to Congress as demanded. There will be more crimes, yet to be uncovered, to investigate.

Even the Huffington Post ran an opinion piece after Director Comey’s infamous July 5 press conference, expressing disbelief that the Rule of Law is no longer applied equally. Yes, it is time that the law is applied equally, so it is time to resume the investigations into Hillary Clinton and the Clinton Foundation, and it is time to reopen the investigation into the national security breaches and federal violations committed through Mrs. Clinton’s email scandal.

For the Republic to survive, the Rule of Law must survive. What happens to a member of our “elite” matters. Are we still that greatest nation in all of History? Or are we halfway to becoming a Banana Republic? How we deal with Mrs. Clinton and her crimes are an indicator. With a new FBI Director, the investigations need to continue. In the long run, the Republic will be stronger for it.