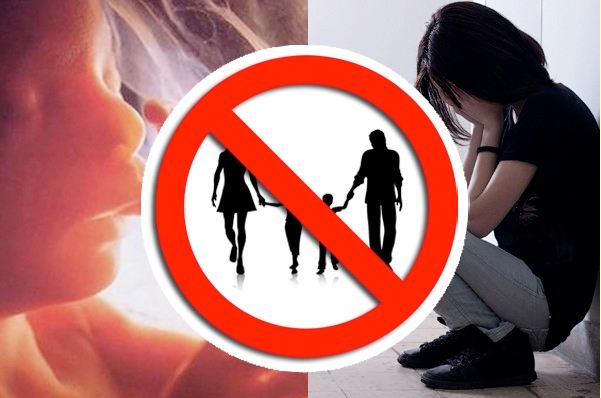 This is not an article about Mitt Romney. It is about the whole asinine concept that government can fix anything and everything that's wrong, and make things that are good even better. Of course, that is a liberal concept that Democrats have pushed for decades, so it was surprising to hear it from a Republican presidential candidate.

God is the only One Who can make families strong, and then only with their cooperation. There is absolutely nothing that government can do to strengthen families. It can't even run the Postal Service without subsidizing it.

What government can do is weaken and destroy families. It has done an excellent job at this for a long time, and it gets better at it every year.

How does government wreck families? Let me count the ways...

The first thing that comes to mind is the welfare system. Welfare, one of the proudest "accomplishments" of the liberal left, has destroyed more families than has adultery. And minorities suffer the most under the welfare system.

I once heard a terrible joke that illustrates this point extremely well. I repeat it here, not because it is funny, but because it is so sad. It shows how even coarse people who would enjoy a joke like this realize how minority families have been victimized by our federal government. The joke: "What is the definition of confusion?" The answer: "Father's Day in Harlem."

Why are there so many fatherless minority families? There are two major reasons, both tied to our horrible welfare system.

Second, the welfare system discourages fatherhood. The children who are bearing children also know that if the father of the children lives in the home, the welfare money is taken away or reduced. So, even if the father wants to do the right thing and live with his children, the mother kicks him our so she won't lose her "government money." And the young man goes out and fathers more children to prove his manhood.

The government also destroys families through its "progressive" divorce laws. "Progressive" is the label that liberals and socialists prefer to be known as. "Progressive" means "enlightened" to these intellectual midgets. Modern divorce laws are anything but enlightened. They have made marriages as disposable as paper napkins.

The government, through its divorce laws, used to stand for the protection of the family. Couples used to have to demonstrate to a judge that they had a REASON to divorce. Divorces were granted if abuse or adultery were proven, but not if a husband or wife said they were "unhappy." Judges had the power to order couples into counseling, which saved thousands of marriages.

Then came the liberals (or Democrats or Socialists or leftists - pick a name, they're all the same) with their "progressive" notion of "No-Fault Divorce." Anyone who has ever done marriage counseling, as I have as a pastor, knows there is no such thing as a no-fault divorce. And very seldom is there a divorce when there is only one party at fault.

The whole notion that marriages can fail without anyone being at fault is patently ridiculous. It is part and parcel of our society's attitude that no one is responsible for anything. Even if neither party is guilty of an overt act that harms the marriage, one or both must have failed to work at the marriage in order for it to have come to the divorce court. Selfishness kills more marriages than abuse and adultery combined.

But the government says no one is at fault anymore when a divorce occurs. Of course, the government saying this doesn't change the fact that ALL divorces are someone's fault. But today all you have to do is say, "I don't love him (or her) anymore," or, "We have irreconcilable differences," or (most ridiculous), "We're not compatible."

So marriages that could have been saved are sundered, and children suffer great loss, all because the government thinks it knows more about marriage than God. Interesting thought, that, since God created marriage...

Finally, government crushes marriages with its tax policies. There is a basic Biblical principle that clearly states that the husband should support the family.

WAIT!! Before you bombard me with emails screaming that I am a Neanderthal, a sexist, or whatever other name you feel will properly express your feminist rage, let me remind you that this is not a Tom principle. It is a Bible principle.

So what does a man supporting his family have to do with taxes? Simply this. For most of our nation's history, one wage earner was all a family needed. Certainly, the wife worked, but her work was at home, which allowed her to parent her children.

I don't have any problem with a woman working if she wants to work. I do have a problem with a government whose tax burden on families forces women who don't want to work outside the home to do so.

When Ana and I married, she wanted to continue with her career as an electrical engineer, and I agreed. I made it clear that she did not have to work, since it was my responsibility to support her. We agreed that when she became pregnant, she would resign and be a full-time mother, which she eventually did. Because she was at home she had the joy of homeschooling our daughter, and if you ask her she will tell you she loved doing so.

What happened to our society that changed it from one in which a wife working a job was optional, to one in which it is a practical necessity for almost all couples? You guessed it. Government taxes have made it nearly impossible for all but the most dedicated and resourceful men to support a family on their salary alone.

So women who do not want to work outside the home are forced to do so. And little children who should be with their parents spend most of their waking hours in daycare centers, supervised by strangers, or being shuttled back and forth from home to daycare. The strangers' beliefs become more ingrained in the children than those of their parents because the stranger spends more time with them. And the children often feel abandoned by and disconnected from their parents, resulting in the many behavioral problems that abound today.

All because of government greed for more taxes, to be used to get politicians re-elected by spending money on pork-barrel projects that no one needs.

It is clear that this marriage penalty has contributed to the epidemic of couples living together rather than marrying. The marriage penalty has become so burdensome that some couples actually divorce at the end of each year so that they can file as single people, then remarry after the first of the year. Liberals claim the marriage penalty is insignificant. If that is true, why would couples spend the money to divorce once a year? The only answer is that they save more in taxes than they pay in legal fees.

A Congressional Budget Office study estimates that the average marriage tax penalty is about $1,400. This penalizes 42% of all married couples. It is no wonder that so many couples who do not have a moral base choose not to marry because of the tax penalty.