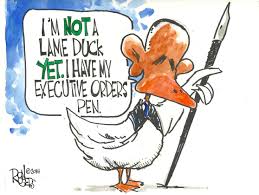 What would you think if you found that Obama had laid land mines under the White House lawn in places where he knew the President-elect would walk? Well, he has done just that, both politically and in terms of foreign relations. He plans to sit back in his new Washington, D.C. mansion and laugh maniacally as these landmines explode.

I didn’t believe he was sincere when he promised President-elect Trump that he would do everything in his power to ensure a smooth, peaceful transition of power. I was right to be suspicious. Since that time he has done everything in his lame duck power to ensure that our new president will be faced with crisis after crisis when he takes office, along with as much chaos as possible. All of the crises and chaos will be of Obama’s making.

I do not believe that Obama has ever loved or cared about our country. That’s why he feels no guilt about laying landmines that will not only hurt the Trump presidency, but the nation as a whole.

LAND MINE NUMBER ONE:

America’s close relationship with Israel, our only real ally in the Middle East, had been the only thing that has kept the powder keg of the Middle East from blowing. Now Obama has abandoned Israel to be destroyed, against the advice and pleas of both Democrat and Republican Congressional leaders. The U.S. had been expected to veto the resolution, and would have done so if Hillary had been elected. But in an obvious attempt to destroy the close relationship between Israeli Prime Minister Netanyahu and President-elect Trump, Obama reversed decades of U.S. foreign policy. The U.S. has never voted against Israel, just as Israel has never voted against the U.S. The resolution declared that Israeli settlements on its own land were illegal. Obama’s pettiness has endangered the lives of millions of Israelis. Since he has made zero progress regarding Middle East peace in his eight years, he wants to undermine any possibility of Trump succeeding there.

Guantanamo Bay, Cuba, has been an important tool in our arsenal against Islamic terrorism. Foreign terrorists who have killed thousands of U.S. citizens do not have the right to the same treatment under our laws as do U.S. citizens. Unfortunately, some liberal judges have ruled that if they are held on U.S. soil they have the right to an open, public trial. There are two problems with that approach. First, the safety of the jurors and the cities in which the trial are held. Imagine being a juror in such a trial and having Mohammed staring at you day after day. Or an anonymous call is made to the newspaper stating that if the jury convicts, all the jurors will be beheaded. Second, the Justice Department may not be able to bring out important evidence because it would compromise national security. The military tribunals held at Guantanamo solve both those problems. But Obama has been on a spree of releasing these vicious terrorists just to keep a campaign promise. Obama doesn’t believe in Islamic terror, and he wants to make sure Trump doesn’t use Guantanamo to prove him wrong.

In his final days in office, Obama has commuted more prison sentences than the PAST ELEVEN PRESIDENTS COMBINED – many of them violent felons. He claims that most of the felons were released committed “victimless” drug crimes, and that most were non-violent. Both statements are lies.

He has set aside more acres for “environmental purposes” – an astounding 1.8 million acres – than any U.S. president, using the national monuments laws. He has also set aside 5,000 square miles of ocean as a national monument. Altogether he has removed more land and water owned by Americans from use by those Americans than any other president. Far from being environmentally motivated, his goal was to prevent the new Administration from drilling for oil in these areas, thus making America more dependent on foreign oil. Another political move was to declare the Stonewall Inn in New York – the birthplace of the homosexual “rights” movement as a national monument.

Obama and Hillary Clinton have failed miserably in their attempts to improve relations with Russia. But it looks like President-elect Trump has at least the start of a dialogue with Russia. Obviously, Obama can’t stand the idea of Trump succeeding where he failed. Even though the U.S. government has known for at least eighteen months that Russia has been hacking U.S. computer systems, Obama has done nothing about it. But now that Trump has been elected, Obama has been actively seeking to punish the Russian government. Obama announced a list of sanctions against Russia, just weeks before he leaves office. This is an obvious attempt to poison any future US-Russia relations. To anyone who says we shouldn’t deal with Putin because he’s a “thug”, let me remind you of Stalin. He was far worse than Putin, yet we worked with him to win WWII. In fact, historians will tell you that we would have lost without Russia’s help. Sometimes you have to work with people you don’t like – a lesson Obama never learned.

The Iran nuclear deal was hatched long before Trump was elected. But it was illegal from the start. It was clearly a treaty, which requires Congressional approval. Obama knew he would never receive approval, so he just said it wasn’t a treaty, and moved ahead with it. Trump has vowed to “tear it up,” since Iran got everything it wanted and we got nothing but empty promises - many of which they have already broken. (Isn’t Obama a great negotiator?) So Obama is desperately trying to make the deal unbreakable. He has loosened more sanctions than the deal required, in hopes that Trump can’t reverse them. See the article below, “Obama Administration Races to Shore up Iran Nuclear Deal.”

Again, Obama created the travesty of “normalizing relations” with Cuba before Trump was elected. But in just the past week he has doubled down on his foolish actions. For those who are not familiar with the history, Cuba and Russia placed missiles on Cuban soil and threatened the U.S. when Kennedy was President. We made them back down, but we were understandably upset. Cuba also has dozens of torture prisons where anyone who disagrees with the government is jailed, tortured in unimaginable ways, and too often executed. Cuba also provides protection for various U.S. criminals, one of who murdered a policeman in cold blood. So naturally, in exchange for diplomatic relations and free trade, Cuba gave us:
1) An apology for almost blowing up Florida
2) Agreement to free all political prisoners, and to cease human rights violations
3) Promise to return U.S. criminals we have tried to get for decades

Actually, we got none of these things. Cuba got everything it wanted, and they gave us – as Raul Castro bragged to his people – “Nothing.” Now, just weeks before leaving office, Obama has torn up a decades-old law that allowed Cubans who escaped the brutal Cuban regime, the ability to seek asylum and legal status. After all, Obama can’t insult his new BFF’s, the Castros, by acknowledging that they are vicious, bloody dictators.

Everything about ObamaCare was lies. You couldn’t keep the doctor you loved. You couldn’t keep the plan you were familiar with. And instead of saving $2,500 each year – as Obama promised – the average American family is now paying $5,400 more every year. Yet Obama is trying to convince Trump not to repeal it. (Good luck with that!) In addition, since the election, Obama has made a major push to register people for ObamaCare. It worked: 6.4 million Americans signed up, a 400,000-person jump from last year. The White House hopes that the more people are enrolled, the harder it will be for Republicans to repeal the law.

Obama quietly announced last week that he had dismantled a program begun by President George W. Bush that was used to track Muslim and Arab men in the United States. Ever the Muslim sympathizer, he stopped the program just two years after he took office. But now he has completely destroyed the infrastructure of the program so that Trump cannot use it to protect the U.S. from those who mean us harm.

I could go on, but I will end with just one more. Obama’s agencies have passed 20,642 new regulations that hamstring American citizens and businesses in the last eight years. In the last year, he passed more than any other president. And in the last two months as a lame duck, he pushed through more regulations than any president – at a total cost of $145 billion! (These are called 'Midnight Rules,' passed by a lame duck president when people aren’t paying attention.) And these rules do not include his many Executive Orders, Executive Actions, and Signing Orders. In short, he passed many times more rules, orders, actions and orders with just his pen (which have the force of law) – than all the actual laws passed by Congress during his eight years. In fact, he pushed through 21 million hours of federal paperwork just since election day.

“The regulatory state has grown under this administration seemingly without regard to the costs, practicality, or even legality, of rules pushed through by federal agencies," Chamber of Commerce President Thomas J. Donohue complained in an email. "The President’s hurry-up approach of executive orders and rushed rulemakings is no way to govern a representative democracy."

I know – it’s disheartening that a man could morph from elected official into a dictator. The bad news is that many of the landmines he laid for Trump were done in an underhanded, deceitful manner that will be difficult to reverse. The good news is that the Republicans have passed a law that would allow Congress to overturn in a single vote any regulations finalized in the last days of the Obama administration. Despite strong Democratic opposition, the Midnight Rule Relief Act passed largely by a 240-179 vote. The bill amends the Congressional Review Act to allow Congress to overturn many rules all at once by a simple resolution. Just list all the egregious, illegal rules in one bill and vote on it. The Republicans are finally learning how to fight!

Obama issued More “Midnight Regulations” than Any Other President
http://www.breitbart.com/big-government/2017/01/05/obama-issued-midnight-regulations-president-recent-history/