Why don't all the talking heads on TV take a look at our actual immigration laws before they start howling that President Trump's temporary travel ban is illegal, unconstitutional and fattening? Simply read the statute here (emphasis mine) and it's very clear that everything he did is authorized by the law. In fact, he would be violating his Oath of Office if he did not act under this statute to protect US citizens.

Remember that a president's first and most important responsibility is to protect the nation. The Obama-appointed FBI Director, James Comey, has stated publicly that it is impossible to vet the refugees coming from the war-torn Middle East. ISIS has not only stated its intention to insert terrorists into refugee groups, but has successfully done so in Europe. So it would irresponsible for President Trump not to take action according to the immigration statute.

Note that "whenever" the president finds that the entry of "any class of aliens" would be "detrimental to the interests of the US" he simply has to make a proclamation (an order) and he can suspend their entry "for such period as he shall deem necessary."

The statute specifies that he can restrict the entry of "any class of aliens". The Liberal media is saying that Trump has instituted a "Muslim ban." That is utter foolishness, since his restrictions only apply to seven countries that are known hotbeds of terrorism. (Those seven countries were designated as such by the Obama administration, by the way.) That means that 92% of the Muslims of the world are in no way impacted by the temporary travel ban.

But what if he did temporarily ban Muslims from entering the country until we could find a way to be sure they aren't part of the known subset of Muslims who believe that it is their duty to perform terrorist acts in the name of their religion? Remember, he can legally ban "any class of aliens". Are non-US-citizen Muslims a class of aliens? Of course, they are.

Let’s go back to World War II. Do you think we allowed Japanese nationals to enter the US? Of course, we didn’t. That would have been suicidal. In fact, the day after the attack on Pearl Harbor, FDR suspended naturalization proceedings for Japanese immigrants already in the US.

But what if the president had banned the immigration of anyone who practiced the Shinto religion (which almost all Japanese did)? Encyclopedia.com states, "Toward the end of World War II, the sacredness and invincibility of Japan as the nation of kami, was so strongly believed that State Shinto became fanatical, leading many Japanese soldiers to suicidal attacks." Such a ban would have been not only constitutional but eminently sensible.

Trump’s travel ban is far from the first time the US has acted to restrict immigration to the United States:

In 1882 President Chester Arthur, in response to a huge influx of Chinese, stopped immigration from China for 10 years. In 1903 President Theodore Roosevelt was the first to ban people for political reasons. He banned all Anarchists from entering the US. Good move, Teddy. In 1917, for reasons of national security related to World War I, Congress banned immigration from most Asian nations (except Japan, which was our ally in that war). In 1921 and 1924 two laws were passed setting immigration quotas based on national origin.

In 1950 Congress passed the Internal Security Act, which banned Communists. During the Iranian hostage crisis Democrat Jimmy Carter banned all immigration from Iran - a 99% Muslim country that executed anyone who converted to Christianity. If memory serves, that was the only thing Carter did right during his one term in office. In 1987 President Reagan added people with AIDS to the list of “dangerous and contagious” diseases that precluded people from entering the US.

Most recently none other than Barrack Hussein Obama banned all immigrants from Iraq in 2011 for six months. That is deliciously ironic since Obama spoke out against Trump’s three-month travel ban that includes Iraq.

Every nation has the right to decide whom they allow to immigrate or even enter their country. Contrary to what the Democrats seem to believe, there is no Constitutional right for anyone – except an American citizen – to enter the United States. All other nations exercise their rights to control their borders. Borders define a nation. Without borders, there is no sovereign nation. But the Liberals want the United States to give up the right to protect itself.

Most Americans mistakenly believe that everyone in the world wants to immigrate here. The fact is that many people are comfortable with the way of life, the customs, and the religion of their nations, and have no desire to come here. This is particularly true of fundamentalist Muslims, who refer to the US as 'The Great Satan.' (Israel is 'The Little Satan.') Why would they want to come to a nation of infidels whom they describe as sinful and immodest (women show their faces here!)? There is one group of fundamentalist Muslims that really wants to come here, however - the terrorists and suicide bombers who believe Allah wants them to kill Americans.

What is the answer to the refugee problem in the Middle East, and particularly Syria? It is certainly not to bring them to the United States. At the most, even if we followed Obama’s plan, only 3/10 of one per cent of Syrian refugees could come to the US. It is cruel to these refugees to give the hope to them of immigrating to the US, when we know that such a tiny fraction of them have any hope of ever coming here. Bringing refugees to a place where they can’t speak the language and over 50% will be on welfare may make the liberals feel good – but it does little to solve the problem.

It would be far more humane to establish a safe zone or zones in the region, as Republicans have been demanding for years. We could do this tomorrow for a fraction of what we spend resettling immigrants here.

It costs the US $257,481 to care for one refugee family for the first five years. The UN High Commissioner for Refugees needs just $1,057 to care for each Syrian refugee in most countries near to Syria. Assuming a family of four, that translates to $21,140 for five years – less than 10% of the more the quarter million dollars it would cost to bring them here. That means we could take care of TEN TIMES as many people – in familiar surroundings. It would also make it easier for them to return to their homes when the war ends.

What about other Arab countries? Would it surprise you to know that Saudi Arabia, one of the richest countries in the world, insists that the US take in Middle Eastern refugees – but they allow NO IMMIGRATION WHATSOEVER to their country! They don’t just turn away Christians and Jews – they won’t even take in fellow Muslims. Other rich Gulf nations, including Qatar, the United Arab Emirates, Kuwait, and Bahrain have offered zero help to Syrian refugees. Likewise, high-income nations like Japan, Singapore, Russia and South Korean have not helped one Syrian refugee. 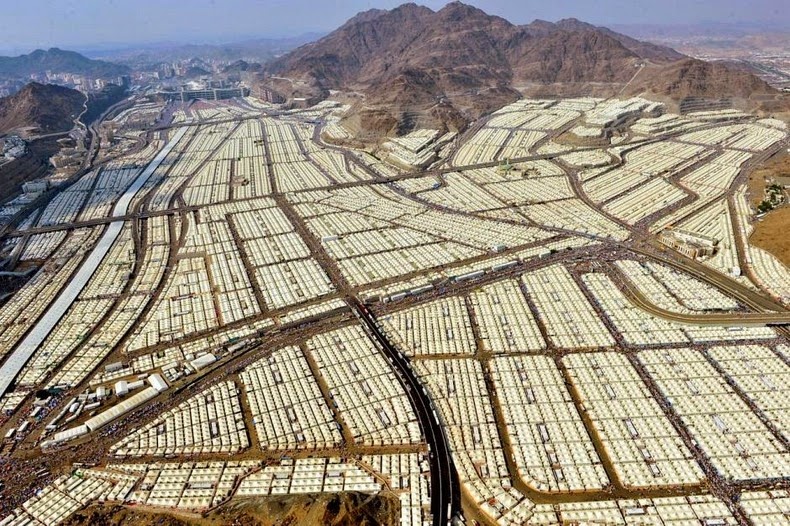 One interesting note is that Saudi Arabia has an entire city that is empty except for a few weeks each year when Muslims come there for pilgrimages. It is a city with roads, electricity, plumbing and air conditioning in its expensive tents. It could easily house one-third of all Syrian refugees – more if people doubled up. But no refugee will ever set foot there.

Many nations, like the Arab nations mentioned above, either allow no immigration or no refugees, or both. The great majority of the nations on this planet have far more restrictive immigration laws than ours. The US has taken in far more refugees and immigrants in its history than any other nation. I don’t believe we should end that tradition. But I believe President Trump is correct in this age of international terrorism to pause immigration while we reassess whether or not it is safe to allow certain people to enter the United States.

He is the person, by the way, who is not only authorized by law, but required by his Oath, to take action to protect America. He is the person who has access to the intelligence information that guides his decisions as to which countries pose the greatest threat to the US. And he is the person who was elected by millions of Americans in an electoral landslide to do just what he has done – review US immigration policy to protect us.

But there is one small, insignificant appointed federal judge named James Robart who is none of these things. He does not have the legal power to make decisions regarding immigration nor foreign policy. He does not have access to the intelligence information that would show him that he has made a monumental mistake while making a fool of himself. He was not elected by anyone. He just decided to make a name for himself and become the president for a day.

Robart is from Washington State, one of the most Liberal states in the nation – on a par with California, Oregon, New York, Illinois, and, of course, the Socialist State of Massachusetts. He was appointed by George W. Bush, so he may have been a Constitutionalist at one time. But apparently he has been exposed to the Liberal contagion in Washington for too long. In a recent court ruling, he made the stupid statement that “black lives matter.” It doesn’t take a law degree or a black robe to understand that all lives matter. So when a federal judge makes such a statement in a judicial ruling, it is clear that he is more of a political activist than a jurist.

Robart ruled that Minnesota and Washington had “standing” to bring a lawsuit against the United States and to temporarily halt the president’s travel ban. These states do not have standing to bring a lawsuit, because they have not been harmed in any way – a requirement for “standing.” The notoriously Liberal Ninth Circuit Court of Appeals agreed with Robarts. They will be reversed because they were also wrong. In fact, the Ninth Circuit has been reversed more often than all the other circuit courts combined, because they care more about activism than the Constitution. And many of those reversals were unanimous, which is particularly shameful

Robart and the Ninth Circuit will be reversed by the Supreme Court because they are dead wrong. And Robart won’t get to play president anymore.