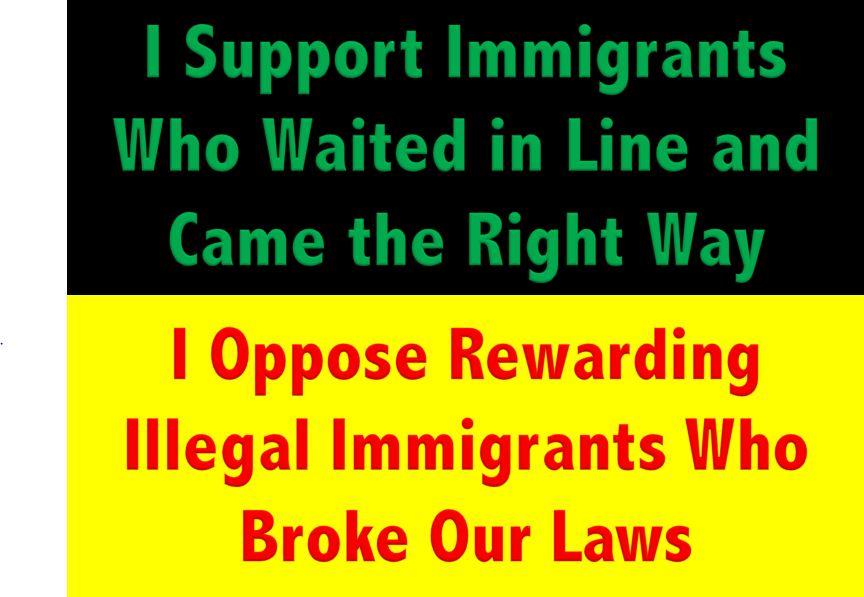 They try to use the fact that everyone has compassion for real refugees to transfer that generosity to people who illegally enter our nation and steal jobs and social services from American citizens.

Let me try to make this clear:

1) Legal immigrants spend time and money to become legal residents and (eventually) US citizens. They pay their dues. Every legal immigrant I have ever met appreciates the opportunity America offers. They assimilate into our society instead of trying to force use to change our society to their belief systems. And virtually none of them support illegal aliens.

2) Illegal aliens (this is the legal term; the Democrats wants us to call them "immigrants" or "migrants") are all criminals. That's why it makes me crazy to hear Liberals talk about illegals who "obey our laws and pay taxes." Neither is true. They break our laws the first day they enter our nation - they are criminals under our laws. And most don't pay any taxes. They work at jobs where the employers are lawbreakers, because they know that they can't legally employ illegals. But when they do have taxes deducted, they do so by committing another felony by stealing someone else's ID, or buying a forged Social Security number. Then they fill out their forms claiming 6 or 8 dependents, which means that for most jobs NO taxes are deducted.

Please don't buy the lie. Yes, some people who enter our nation illegally are just trying to make a better life for their family. That doesn't make it right or legal. But I understand their desire. But more and more illegals that are caught are members of drug cartels, violent gangs, or are Islamic terrorists. Don't take my word on this. Talk to the people who live on the border with Mexico, and listen to their horror stories. Talk to Border Patrol agents when their boss is not in the room.

We have a serious problem, and if we don't address it soon, we won't be able to reverse the damage. Remember, a nation without borders ceases to be a nation.