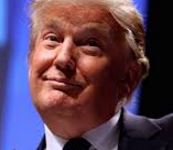 The Democrats and the Liberal news media have egg on their collective faces - again - and Trump is proven right - again. Remember Hillary saying that Trump wouldn't release his taxes because (A) He didn't pay any taxes; and (B) He isn't really rich. (The actual reason he hasn't released them is that he is being audited by Obama's IRS and has been advised by his attorney not to.)

Well, extreme Liberal "journalist" Rachel Maddow looked like a total idiot Tuesday night when she tweeted 90 minutes before her show that she had Trump's tax returns. She promised a bombshell. What we got was a firecracker that didn't explode.

First, she didn't have his tax returns (plural). She didn't even have one full tax return. She had only the first two pages of a return that was probably hundreds of pages long. Second, she got the 12-year-old pages from an unknown writer who pens anti-Trump books, and claims that "someone" mailed the documents to him. There was no mention on Maddow's show that it is illegal to publish tax returns without the permission of the filer.

Most important, after dragging it out with twenty minutes of nonsense, she was finally forced to admit that she had lied. (A) She only had part of one return, not the "tax returns" she had promised. (B) There was no "gotcha" - Trump paid all the taxes he owed. And (C) The return showed that Trump is indeed very rich.

The return from twelve years ago reveals that Trump made $153 Million, and paid $38 Million in taxes - a 25% rate. That is a far higher tax rate than that paid by Obama, Bernie Sanders and Warren Buffet.

So, to Rachel Maddow, NBC, and all the other purveyors of #FakeNews, I say: Gotcha!!