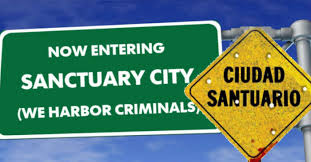 In a stunning move this week, the Maryland state legislature decided to push through a law making Maryland a sanctuary state, just days after a 14-year-old girl was brutally sexually assaulted and raped by two young men who were illegal immigrants. In their handling of this horrific act the State of Maryland, the County of Montgomery and the City of Rockville made a conscious decision to sacrifice this young girl on the altar of Liberal theology.

Yes, I said “theology.” The Democrats, Socialists, and other Progressives have established a new religion called Liberalism. As strongly as you and I believe in a Risen Christ, Who is at the right hand of His Heavenly Father, these fanatics believe just as strongly:


1)  That government is all-knowing and is always right.
2)  That they have the right to make up new Constitutional “rights” as they wish.
3)  That the courts have the right to make laws and tell the President what he can do.
4)  That our God-given gender is meaningless; they can decide their sex.
5)  That it is fine for half the population to live off the work of the other half.
6)  That people from other nations have the right to come to the US without limits.
7)  That illegals can breaks laws with impunity because they are “oppressed.”
8)  That they can change reality just by repeating that something is not so.

I could actually make a list of dozens of absurdities that Liberals believe passionately. But the last one on my list summarizes LiberalThink. They really believe that if they say something often enough and loud enough that they can change reality. I guess you could say that Liberalism is a form of insanity. 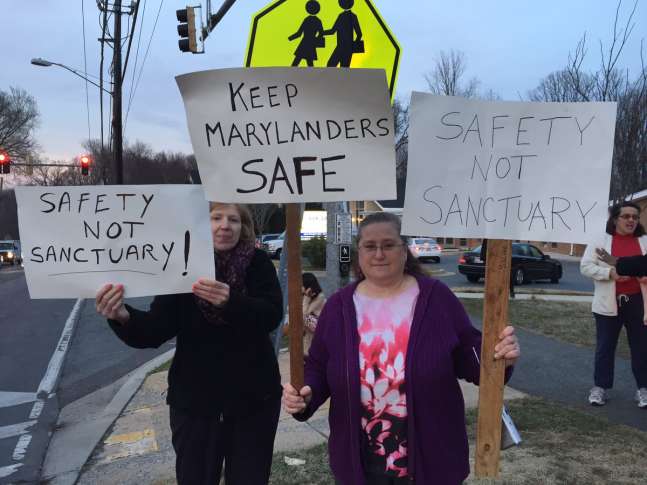 In the case of this young girl they have decided to sacrifice, the County School Board refuses to acknowledge that if they had not allowed men (the rapists were 17 and 18 years of age) who were here illegally to be in a freshman classroom with innocent young girls, this tragedy would never have happened. (Parents have reported that men as old as 21 are in classrooms with 13-year-old girls.) Parents have been demonstrating at the school because the men had both been deported several times.

I cannot describe the brutality this young lady suffered at the hands of these animals. It is sufficient to say that they took turns raping her repeatedly in three places on her body. With the Lord’s help she will recover, but she will never be the same again. She can never recover what they ripped from her. She will never feel safe in her school again.

The Superintendent of Schools, Dr. Jack Smith, gets paid well over $400,000 including all his many benefits. You would think for that kind of money he could provide a safe environment for the children under his charge. Instead, he has made a point of defending the rapists. He has gone so far as to threaten parents who complain about the rapes, saying in an email to parents in the district that he would report them to police as “racists” if they kept complaining.

The attorney for the illegals, David Moyshe, is even more heartless. He claimed in an interview that the sex was consensual! The illegals, classmates of the girl, dragged their victim into a school bathroom. Since several students heard the girl’s screams as she was being brutalized, and since the men took turns with her while the other barricaded the door, his claims are patently ludicrous.

The irony is that Liberals are always on the wrong side of every event. In the case of the Duke University lacrosse players, Liberals immediately leaped on the bandwagon when a black hooker claimed that the white players had raped her. There was not a shred of evidence, but Democrat District Attorney Mike Nifong dragged those boys through hell for years, ruining their academic and sports careers. Eventually it was proven that the woman had lied. The DA lost his job, was sentenced to jail for lying to a judge, and lost his law license. The boys sued the city and won millions. The stripper was later convicted of murdering her boyfriend.

So why would Liberal Democrats support one woman who claimed she was raped, and savage another? (Especially when one was a criminal and the other a child?) It’s simple. Liberals love racial politics. One case involved a black woman who accused three white men of raping her. The other involved a white girl who accused two Hispanic men of raping her. With no more information than that, most Liberals will always believe the former, and call the latter a liar.

And it’s not because of the race of the Liberal since most Liberals are white. It’s because of their religion. Its theology says that white people are born oppressors – it’s in their DNA. And people with brown or black skin are victims – and always will be.

So Maryland’s Democrat-controlled legislature will soon pass a “Sanctuary State” law – which the Republican governor, Larry Hogan, has promised to veto as soon as it hits his desk. Montgomery County and the City of Rockville, where the crime took place, have declared themselves sanctuary governments. And now it seems that the reprehensible School Superintendent has made the girl’s school a “Sanctuary School.” Now no child will be safe there.

What is the meaning of a “sanctuary” city or state? Government officials always say that there is no such thing. But they continue to refer to their jurisdiction as a “Sanctuary County” or whatever when preaching to their Liberal constituents.

Change “Sanctuary” to “Lawless” and you have your definition. Federal law mandates that states and local jurisdictions cooperate with federal authorities in the apprehension of illegal aliens who are criminal fugitives -  and the Supreme Court has upheld the constitutionality of this law.

My readers know that I am a huge proponent of State’s rights. And that I believe that the federal government has unconstitutionally usurped the authority of the states in dozens of areas. However, the feds are right in this case. Why? Because the federal government is charged by the Constitution with protecting our borders and our national security. The Founding Fathers, with the consent of the States, gave the government this responsibility. With responsibility comes authority.

The cities, counties, and now some states who think they can defy federal law and harbor criminal illegals had better rethink their positions – quickly. Obama aided and abetted their illegal obstruction of justice, because he was the unofficial Archbishop of the Religion of Liberalism. But there’s a new sheriff in town now. President Trump will enforce our immigration laws, and if he has to put a few local or state politicians in jail to make it clear that he is serious, I believe he will.

And he has good reason to. The Center for Immigration Studies reviewed ICE records, which revealed that over 340 jurisdictions have sanctuary policies that forbid police from cooperating in the detention of illegals who have committed crimes ranging from robbery to rape and murder. The study shows that:

·  Between January 1, 2014 and September 30, 2014, sanctuary jurisdictions released 9,295 aliens that ICE had sought to remove;
·  Of those 9,295 aliens, nearly 6,000 had significant prior criminal histories or other public safety concerns;
·  Of those with a prior history of concern, 58 percent had prior felony charges or convictions; and
·  2,320 of the total number of released offenders were re-arrested within that 10 month period, and ICE has not been able to re-apprehend those individuals.

I don’t know much about Maryland politics, but I know a lot about politics in general. Corrupt politicians in high places always have the support of even more corrupt politicians in higher places. The citizens of Maryland need to identify the Liberals among them and start cleaning house. They should start with their Democrat Attorney General who has asked the State for $3 Million so he can sue the federal government – without the approval of the Republican Governor.

Friends, it’s time we stopped the insanity. If Liberals attacking a young rape victim and shielding her illegal rapists doesn’t get your blood boiling, you need to question whether you are really an American. If you are an American, get the word out about this. In the week following the rape, the television networks devoted not one minute of coverage to this case. If it weren’t for FOX News, few in our nation would know about it.

In the week following the false accusations in the Duke lacrosse case, the major networks had devoted hours to covering it – because this case fit the doctrines of Liberal Theology.

Get off your duff. Become an activist. Don’t be afraid to give your opinion. Refuse to be politically correct. We are losing our country little by little. As the great parliamentarian Edmund Burke said, “The only thing necessary for the triumph of evil is for good men to do nothing.”

Attorney for Illegals Accuses the Victim!