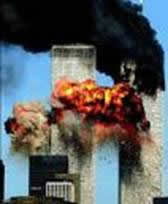 Six years later, the burning question of the day is: "Are we safer today than on September 10, 2001? Are we winning the War on Terror? Has the US Department of Homeland Security made us more secure? Have the many new travel requirements made our airplanes, trains, subways and cruise ships safer? Perhaps most important, has 9-11 and its aftermath gotten more Americans involved in keeping our nation safe? Are more "average Americans" willing to get involved if needed?

The answer to all those questions is "Yes!" My one reservation would be the effectiveness of the Department of Homeland Security. Seldom has the merging of many government agencies resulted in greater efficiency. Usually the opposite occurs. The larger the governmental organization, the less effective it becomes.

We have seen some of that with Homeland Security. However, all things considered, I feel we are better off today because we have a Department of Homeland Security. The fact that it has forced diverse organizations to share information and resources has been a blessing. Before it was organized, "turf wars" often impeded progress in emergencies, with multiple agencies claiming that they were in charge. Now there is no question: Homeland Security is in charge.

In fact, there are many who believe that if we had had such an organization before 9-11, the response to the emergencies in New York City and Washington, DC would have been better coordinated and more efficient. We will never know for sure.

As to the other questions, there is no question that we are safer today than we were before 9-11. Bill Clinton had ignored numerous attacks on America that occurred on foreign soil, as well as the original attack on the World Trade Center. This emboldened the terrorists. Like any bullies, they figured if we weren't willing to defend ourselves, we were fair game.

Of course Clinton uttered the obligatory, "We'll make sure that these dastardly deeds are punished" lines, but he never DID anything. Well, he did bomb the aspirin factory, but that was to take attention off the Monica Lewinsky affair. There is a very good chance that if he had responded to the Islamic terror attacks with adequate force, 9-11 would never have happened. And if he had captured Osama bin Laden when he had the opportunity, 9-11 couldn't have happened.

Bottom line: During the disastrous Clinton years, the terrorists laughed at the US.

President Bush acted decisively and quickly in response to the 9-11 attacks. This kind of leadership is something that even the worst terrorist respects. They stopped laughing when they saw that America had a leader once again.

By killing terrorists wherever they could be found, and by cutting off their funds, Bush has crippled al Qaeda worldwide and is winning the War on Terror. No one knows whether bin Laden is dead or alive today, but one thing we do know: He's not killing Americans. If he's alive, he's hiding in a cave somewhere.

How about all the massive security precautions being taken on public transportation and at large public gatherings? They're working. Many attempts have been made and foiled, but there has not been one successful terrorist operation on American soil since the President started taking security seriously following 9-11. The previous administration's attempts at security were pitiful in comparison.

Finally, what about the spirit of the American people? What a change! From passive sheep allowing ourselves to be led to the slaughter, we have turned into roaring lions. And the change started to happen six years ago today.

We had been trained to be cooperative and offer no resistance when airliners were hijacked. We were told that if we did so, no one would get hurt, and we would eventually reach our intended destinations. But shortly after the Twin Towers were hit, cell calls between people on the plane that was over Pennsylvania (which was probably intended to hit the White House) learned of that disaster and realized this was no time to be passive.

They attacked the terrorists with their hands and whatever else they could find. They defeated the Islamic lunatics, losing their own lives in the process. And they inspired millions of Americans.

Since then Americans have been much more watchful for potential threats from enemies of America. On airplanes and buses, Americans have not hesitated to get involved when people have acted dangerously. It makes me proud to be an American!

I had an amusing security moment while using the subway system in Washington, DC this week. An announcement asked Metro riders to report anything strange they saw in the subway. He wasn't very clear, so I wasn't sure if I should report the orange and purple hair I saw on several teenagers, the man with tattoos all over his face and bald head, or the girl with about twelve points of body piercing on her ears, nose, lips, tongue and eyebrows. My wife convinced me that wasn't the kind of "strange" he meant.