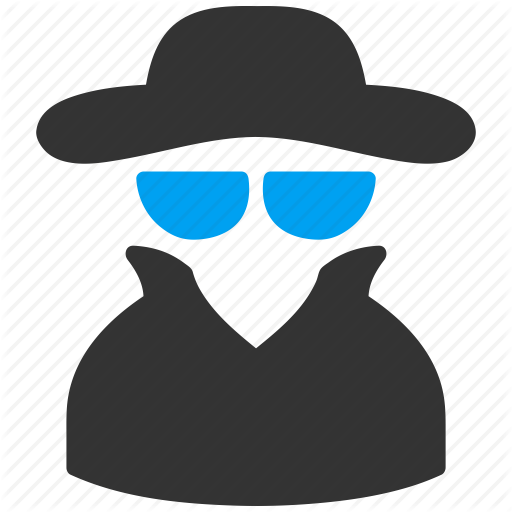 The party in power doesn’t have a problem with leadership. The president is the leader of the party – period. The party that is not in power tends to be somewhat confused on this issue, but it normally comes to a consensus on one person the party can trust and follow. The Democrat Party today is not just confused – they are in a state of complete disorder and panic. Of course, they have many leaders – but who is the leader?

Some Dems say Obama is their leader. As the immediate past Democrat president, twice-elected, that makes sense. The problem is that he is a congenital liar, and many Dems (the ones who pay attention) have lost respect for him. No one is paying any attention to him today, and he doesn’t seem to care much about being their leader. After all, he didn’t lead while he was in office; why should he start now? Most of his political efforts were for his personal benefit; he did only the bare minimum when it came to helping the party or supporting other Democrats running for re-election.

What about Joe Biden? No, I’m not kidding. Since the ex-president isn’t interested in leading the party, what’s wrong with the ex-Vice-President? (So many things that it would be impossible to list them.) But some Democrats, who felt that Obama was a complete political novice, liked the fact that Biden was an entrenched political animal. They wanted him to run against Hillary. But do they really want a party leader who says things like, “You can't work in a 7/11 or a Dunkin’ Donuts unless you have an Indian accent. I’m not joking.” And, “If we do everything right, if we do it with absolute certainty, there’s still a 30% chance we’re going to get it wrong.” And, of course, the best of all, “I mean, you got the first mainstream African-American who is articulate and bright and clean and a nice-looking guy. I mean, that’s a storybook, man.” Wow! He was impressed that a Black man could be clean and articulate.

Some say Hillary is the leader. After all, the Democrats elected her to be their standard-bearer (albeit by using dirty tricks to destroy her opponent, Bernie Sanders). But she ran such a dismally disorganized campaign that Trump won 2,623 counties to Hillary’s 489 (84%); and 306 Electoral votes to Hillary’s 232 (57%). Yes, if you count all the dead people, the illegal immigrants, and the people who voted multiple times, she did get 2.2% more popular votes than Trump, making the popular vote total 49% Hillary, 48% Trump. I should also note that Trump won 60% of the states, and if California and New York were removed from the list, Trump would have also won the popular vote. (I mention this because if Hillary had had her way and the Constitutional Electoral College had been replaced by the popular vote, California and New York alone would have decided the election - and every election in the future.) But - thankfully - popular votes have never won an election, and they never will unless the Democrats succeed in overturning the Constitution. Hillary lost so badly that on election night she refused to speak to the hundreds of devastated people who had worked so hard for her, and who had waited hours to see her. She has ridden on her husband’s coattails for decades. Most Democrats see her as she is – a washed-up political hack.

None of the three above currently holds an elective office. But “Chuckie” Schumer, the Senate Minority Leader was elected first by his constituents to represent them, and then by the Senate Democrats to be their leader. But Schumer is a joke. In November he succeeded the reprehensible Harry Reid, who (thank Heaven) retired rather than face a humiliating defeat in his final election. Reid was slimy, but he was a strong leader. Schumer has reportedly been frantically reading books on leadership – but to little avail. The Senate Democrats don’t like, trust, or respect him. The nicest thing most Democrats have to say about him is that he is “old school.” And the party certainly doesn’t consider him their leader.

What about “Wacky Nancy” Pelosi? She was the Speaker of the House and was on TV many times representing the Democrat party. She became famous for saying that the nation needed to pass the 2,000 page ObamaCare bill so we could find out what was in it. Apparently not realizing that the US population is 300 Million, she once proclaimed, “Every month that we do not have an economic recovery package 500 million Americans lose their jobs.” And, not understanding that natural gas is a fossil fuel, she said, “I believe in natural gas as a clean, cheap alternative to fossil fuels.” Sometimes she just speaks gibberish: “The most privileged person in America has better health because if everyone has health, everyone is in the loop.” While not quite as clownish as Joe Biden, Pelosi is an embarrassment to the Democrats, and not likely to become their leader.

Well, what about the Democratic National Committee (DNC). Sometimes this organization provides leadership to the Democrats, but it has failed abysmally lately. Chairwoman Debbie Wasserman Schultz was forced to resign after leaked emails showed that the DNC had conspired to sabotage the campaign of Bernie Sanders who was showing strength in his run against Hillary. Her replacement, Donna Brazile was just as crooked as Schulz. She was fired both by the DNC and by CNN (where she was a commentator) for secretly giving Hillary debate questions.

So you’d think they would be extremely careful in choosing their next DNC Chair. Apparently, those who voted aren’t all that smart – or perhaps they just don’t care what regular Americans think about Democrats. They almost elected a Muslim, Keith Ellison. Ellison was elected Vice-Chairman. During the race, Donna Brazile removed one of the candidates for the position from contention for stating the truth: Ellison’s religion discriminates against, and in many Muslim countries executes homosexuals. The candidate, Vincent Tolliver, pointed out that the Democrat party fully supports homosexual activism, and making a Muslim the DNC Chairman would be a “disgrace.”

The man who was elected to the position, Tom Perez, only beat Ellison by 35 votes. Many Democrats violently opposed him, saying he was “too radical to lead the party, due to his ties to anti-American organizations and his anti-Israel position.” Harvard Law Professor Alan Dershowitz threatened to leave the party if Perez was elected. He had good reasons. Many politicians are foul-mouthed in private, but Perez seems to think it’s a great strategy to curse in public while representing the party. At an event last week, with a young child on stage just behind him, he bragged that his mother taught him not to be a “potty mouth,” and then proceeded to use foul language so many times that he was repeatedly “bleeped” by the television network.

Perez and Bernie Sanders, admitting that the party is fractured and fighting among its members, just went on a “Unity Tour.” The problem is that the two sniped at each other at their various stops (apparently Perez is not radical enough for Bernie, and Perez thinks Bernie is an old fossil). And, of course, there is the problem that the headliner on the Democrat Unity Tour is not even a Democrat. It’s pretty pathetic when the Democrats have to send out an avowed Socialist, who has repeatedly said he is emphatically not a Democrat, to unify their party.

The Democrats are “like sheep without a shepherd.” They have no leader, they are in a complete panic, and they are attacking one another publicly and privately. I almost feel sorry for them. But not quite.

As long as they are leaderless, they have less power to do harm. America has had a number of political parties in its history. In its early days, the Democrat party was pretty mainstream, reflecting the values of many Americans. But today’s Democrat party is the most anti-American political party the United States has ever seen. If they continue on their present course, they will end up where they belong – on the trash-heap of history.