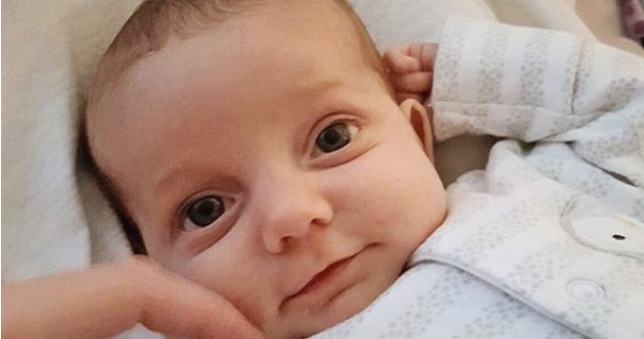 The story is complicated – yet it is also very simple. The complicated part concerns the differing medical opinions on the chance of success of a new treatment that might have saved Charlie’s life. The simple part is the fact that Charlie’s parents wanted to give him every chance for life, but the government denied him that chance.

No one knows whether the 11-month-old baby would have lived, and no one knows whether he might have had permanent damage to his organs if he had. But two facts are clear. First, if the British government had allowed Charlie to be transferred to the United States for an experimental treatment when the parents requested it – rather than dragging it out in the courts for months – he would have had a much better chance at a normal life. And second, his parents raised $1.7 Million dollars to transfer Charlie to the U.S. in a medical plane, but the government refused to allow them to move him.

The death of little Charlie Gard is a cautionary tale for those who believe government can be trusted with running a nation’s health care system. Remember, what the government gives, the government can take away. The people of Great Britain allowed the government to take over their health care, foolishly thinking that they were getting “free” care. But, of course, nothing is free.  They gave their government the authority to “give” them health care. But with that authority came the power to refuse care. “After all,” goes the government’s argument, “since resources are limited, rationing is necessary.”

And they’re right. If the government has the responsibility to provide cradle to grave health services, they must also have the power to ration those services. There are simply not enough doctors and nurses, not enough drugs, not enough hospital beds to give every citizen all the care they want or need. So the government is the ultimate arbiter of who lives and who dies.

I understand that. If a nation is foolish enough to turn that kind of god-like power over to the government, they need to understand that they have given up the power to choose. They can’t choose the type, quality or level of care they receive. And they are not allowed to get health care elsewhere, even if they can afford it or raise the money for it, as Charlie’s parents did.

Which raises the question: Why did Great Britain refuse to allow Charlie to leave? The British doctors said they wanted to “allow Charlie Gard to die with dignity.” So what if his parents didn’t want to give up and die? What if they wanted to fight? What if Charlie didn’t want to die “with dignity. What if he wanted to fight? Obviously, I never saw him in person, but when I look at his photo, I see the face of a fighter. But their desires are of no consequence because the government has the power to pass a death sentence on a helpless baby.

Why was Britain afraid? I think they were afraid that Charlie would live. “What a terrible thing to say, Tom. Who would want an innocent child to die?” I don’t think they were monsters who wanted the baby to die. But they sure didn’t want him to live if it meant that a medical treatment that they didn’t possess had saved him.

You see, the dirty secret of universal medical care is that they have to keep up the illusion that the people in the government system are getting “the best care available.” If Charlie had been allowed to leave and the treatment had succeeded, it would have made their socialist health care system look bad. So Charlie had to die. Charlie had to be denied even a chance at life. All so the system didn’t lose face.

“But Charlie’s parents eventually agreed to stop their legal fight and let the government kill Charlie.” Yes, they did. But only after they had been worn down by months of legal battles and months of “experts” telling them there was no hope. And after the government had dragged the fight out for so long that Charlie’s condition had deteriorated to the point that there actually was no hope.

Does anyone still think that government-run health care would be good for the United States? Just look at the Veteran’s Administration clinics and hospitals. There are many dedicated medical professionals in that system that just want to provide our veteran’s with the best health care possible. So why are there still months-long waiting lists today, long after the scandal was exposed? Why have hundreds, perhaps thousands of veterans died needlessly? Because the system is not run by the medical people who care. It is headed by bureaucrats who care – about their fat salaries, their promotions, and their bonuses.

Or look to the North. Every time it seems that universal health care might become law in the U.S. we see articles in Canadian newspapers with titles like, “Please don’t pass government health care. If Canadians can’t come to the United States when we’re really sick, we’ll have no place to go.”

I had a Canadian friend who had a heart condition and was told by his doctor that if he didn’t get a procedure within a short time he would likely die. Of course he said, “Set it up.” When he was told that he would be put on a six-month-long waiting list, he came to the U.S. He had to pay for the procedure himself, but it was done in a matter of days.

I think the people who have pushed for universal, government-run health care in the U.S. believe they are doing a good thing. But as I watched the brutality with which the British government treated Charlie and his family, I wondered how they could still believe that.

If anything positive comes out of Charlie Gard’s short life and his government-mandated death, I hope it will be that people will finally understand that government has no soul, no compassion. People have compassion. Doctors, nurse, parents have compassion. But how can a bureaucracy have compassion? Bureaucracies are rule books, and people who are allowed to hide from the consequences of their actions by their positions. Bureaucrats and death panels should never be empowered to make life and death decisions. Those must be left to families in consultation with their doctors. That right will be taken away if we allow liberals in the U.S. to take over health care as they have in Great Britain and Canada.