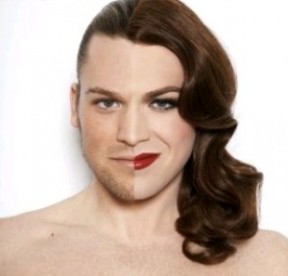 People who self-identify as "transgendered" make up only a tiny fraction of our military. But if we allow Obama's executive action allowing transgenders to enlist and have their "transition" medical expenses covered by our tax money, it will have a hugely disproportionate effect on military medical spending.
You see, the majority of military personnel are young, relatively healthy individuals. When I was in the Marine Corps, out of 100 guys sitting in the sick bay waiting to be seen, usually only one or two had a serious medical issue. Most of us were there for sprains, blisters, and earaches.
On the other hand, we know up front that paying for "transition" surgery costs upwards of $100,000. Add to that the two years of psychotherapy required prior to the mutilation surgery and the expensive hormone therapy that is required for life, and a transgender service member will cost our nation more than ten times as much as a normal service member.
The militant LGBTQ activist community argues that the total cost will "only" be millions out of a multi-billion dollar budget. There are three things wrong with that premise:
1) These costs will skyrocket once it becomes widely known that transgenders only need to enlist to save over $100,000. According to a Rand Institute study, enlistments of transgenders have increased by 150% in the year since Obama instituted his last-minute policy. That number will continue to grow.
2) "Transition" surgery is completely elective and is triggered by a person's "feeling" that they are really the other gender. Currently, any other type of elective surgery is not covered by the military. What will happen when (for example) female service members demand breast augmentation surgery because they don't "feel" pretty with the breasts God gave them?
3) The costs won't end when they leave the military in a few years after getting their free surgery, therapy, and hormones. If the president backs off on his reversal of Obama's policy, or if the Liberal courts reverse his decision, the next battle will be at the VA. They will start demanding that their life-long hormone treatments be paid for by us. And don't be surprised if this awful precedent results in veterans demanding that VA hospitals provide "transition services."
The main argument for allowing transgenders to serve is that it results in a more "diverse" military. To that, I say that the purpose of our military is not to be a huge laboratory for social experimentation. In case the Democrats have forgotten, the purpose of our military is to be fierce warriors, always ready to defend our nation. These types of experiments result in lower readiness and lower morale.
Copyright ©2017
Read more by Dr. Tom Barrett
Tweet