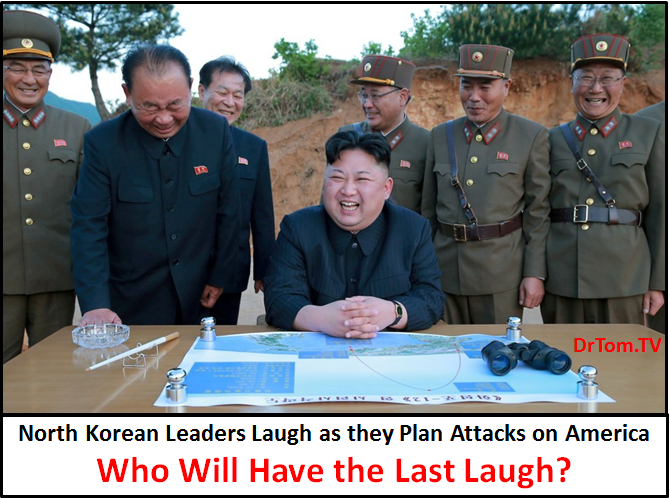 "It represents the greatest crisis probably since — let me rephrase that — undoubtedly since the Cuban missile crisis," says Rep. Darrell Issa, Chair of the House Foreign Affairs Committee. "The correlation is very similar. This is something that can hit us and our allies, and it's a rogue nation that we suspect would use it."

The parallels are obvious…

Very few Americans knew that there was even a possibility of nuclear missiles being launched from Cuba against the U.S. until John F. Kennedy’s televised announcement on October 22, 1962. I remember it well. He told us that U.S. spy planes had discovered that Russia had secretly installed nuclear missiles on the island that could easily reach the United States. The next day we blockaded the entire nation and demanded that Russia dismantle and remove the weapons immediately.

The difference is that in that case the Cuban threat was hidden from Americans by foreign governments. In the case of North Korea, the threat was not only hidden from us by then-president Barrack Obama; he also lied about the existence of the threat.

The U.S. Defense Intelligence Agency (DIA), in a secret report to Obama four years ago, revealed that North Korea had the technology to produce miniaturized nuclear warheads that would fit in their missiles. When details of the report leaked out, Obama lied about it because it showed that his policy of “strategic patience” regarding North Korea was a reflection of his cowardice. Patience is not a “strategy.”

Fred Fleitz, Senior VP of the Center for Security Policy says, “Americans need to recognize as they ponder the increasingly dangerous North Korean situation that the Obama administration not only refused to do anything about this crisis but tried to downplay and conceal intelligence from the American people and Congress on how serious it was.”


Nuclear Attacks that Could Kill Millions of Americans

In the Cuban Missile Crisis, there was no doubt that the nuclear missiles could travel the 90 miles to Florida and cause great devastation. With North Korea, until a few months ago the consensus was that their ability to attack U.S. soil was still in the future. That has changed with their recent test launches, as well as the new revelations concerning the rogue nation’s nuclear capabilities. The current questions are…

In summary, at this time North Korea can likely deliver a nuclear payload to at least some U.S. citizens. While their accuracy is suspect, if they launch several missiles, one could get through. (The U.S. employed this strategy at the end of WWII. We didn’t know if our bombers would be shot down, so we sent two, just in case.) Another consideration is that nuclear explosions have a wide reach. They could cause massive damage even if they didn’t score a direct hit.

Cuba was backed by Communist Russia in the 1960’s. Russia supplied them with food, currency, energy, military material, and technical advisors. And, as we found to our dismay, nuclear missiles.

Communist North Korea owes its very existence to Communist China. (Please don’t make the mistake of forgetting that China is a Communist state – regardless of the fact that we buy their junk at Walmart.) When Korea was divided, Communist Russia initially controlled North Korea, but before long it ceded power to China.

Today 90% of North Korea’s trade is with China. China supplies them with most of their food and energy. They have also pledged to protect North Korea if it is attacked. China would lose face if the U.S. took down North Korea. And China has a long and abiding hatred of the United States. Chinese military leaders still refer to us as “The Enemy.”

This explains why China has not been responsive to President Trump’s requests that they rein in North Korea. They pay lip service to the idea that they should intervene, but their actions haven’t matched their words. However, one good sign is that they didn’t veto the U.S. led sanctions against North Kora recently in the U.N. Security Council.

John F. Kennedy didn’t waste his time negotiating with Castro when we discovered missiles in Cuba. He went right to the supplier. He told Khrushchev in no uncertain terms that there would be a huge price to pay if he did not order the removal of the missiles. He negotiated a deal in which the U.S. removed some outdated missiles from Turkey and the Communists would pull their nukes from Cuba. Within weeks the U.S.S.R. commenced removal, and all traces of their rockets were gone by the end of the year.

President Trump has shown wisdom in emulating Kennedy. He hasn’t spoken to Kim (except via the media). He knows where the power is – in Beijing. He has talked to Chinese premier Xi and made the position of the U.S. unambiguous. Unlike Obama, who repeatedly ignored the threat and repeatedly “kicked the can down the road,” our new president has faced this threat squarely. China knows that we hold them – not just Kim Jong Un – responsible for the actions of their client state.


There the Similarities End 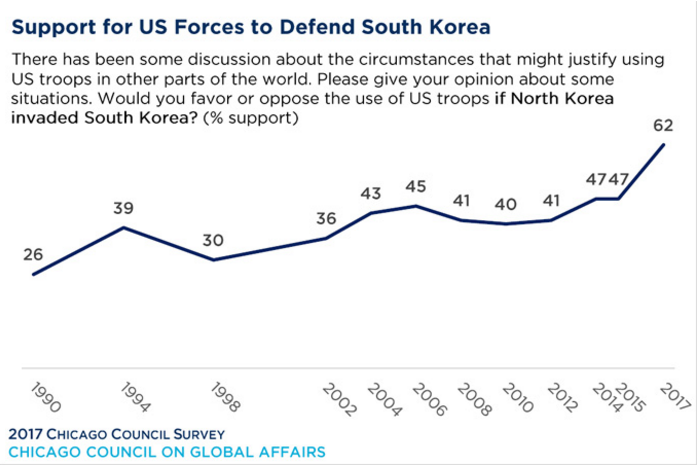 John F. Kennedy enjoyed the support of the vast majority of Americans when we were in the midst of the Cuban Missile Crisis. But Democrat leaders and the hard-core Left wing of the Democrat Party don’t understand that Patriots unite in times of crisis. According to a recent poll, 75% of Americans see North Korea as a critical threat to the U.S., and – for the first time in three decades – a majority (62%) favor military action if needed to protect South Korea. Obviously many patriotic Democrats are included in both those numbers.

Although she probably would have followed Obama’s weak policy of appeasement, if Hillary Clinton had been elected and had stood up to China and North Korea, Democrats would be 100% behind her.  But Democratic extremists seem to feel compelled to oppose anything President Trump does – even in times of national peril. They still don’t grasp the fact that he was elected, and that Clinton is not – and never will be – our president.


What Can We Learn?

If the past few months have taught us anything, it is that leaders who put their heads in the sand and ignore growing threats don’t deserve to lead. Obama – and several Democrat and Republican presidents before him – disregarded the North Korean threat. Worse, Obama lied to America about the threat. He would say that it was in the interests of “national security.”

While I am not one to say that citizens have the right to know all national secrets, there is no reason that this should have been a secret. We do have the right to know when our lives are in danger so that we can take steps to protect ourselves. One of those steps might have been to remove Obama from office had we known that he was deliberately hiding North Korea’s nuclear capabilities from us.

Hopefully, we have also learned that we should elect real men and women to public office. By “real” I mean men and women with patriotism, principles, honor, and courage. These qualities have been sorely missing from the White House for the last eight years. I pray that we never elect another president who lacks them.

One positive sign is that China has said it will not intervene if North Korea attacks the U.S. It will, however, honor its treaty to defend North Korea is that nation is attacked.

In case anyone gets a wrong impression, I have worked hard to present an accurate picture of what I consider to be a real crisis facing our nation. I do not believe that North Korea will prevail in any sense against the United States. First, because we as a nation are under God’s protection. Second, because we have a president – for the first time in decades – who takes the North Korean threat seriously, and is dealing with it forcefully.

America is not in a panic because most of us believe these same two things. But we must make sure that we never again elect a president who ignores God and ignores real threats to our national security.

Hawaii Prepares for a Nuclear Attack by North Korea
https://www.nytimes.com/2017/07/25/us/hawaii-nuclear-korea-north.html?action=click&contentCollection=Politics&module=RelatedCoverage®ion=Marginalia&pgtype=article