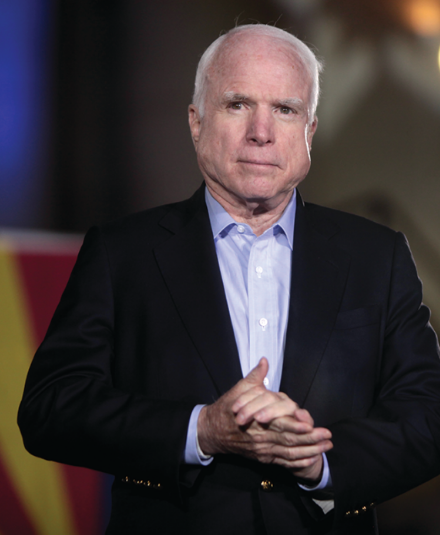 Wouldn’t it be great if Republicans took over Congress? With a Republican in the White House, if we also had Republicans in charge of the House and the Senate, we could get great things accomplished for America.

The answer is an emphatic “Yes!” to all four questions. So why are the Republicans allowing the Democrats and the Liberal press to intimidate them? Why have they gotten next to nothing passed since President Trump took office? The answer is that there are several answers to that question. They include…

1. Inept leadership in both Houses of Congress.
2. Cowardice on the part of many Republicans in both Houses.
3. RINO’s (Republicans In Name Only) who are not Conservatives.
4. Confusion about what being a Republican means.

There are three simple solutions to this problem that is ruining what is left of our national pride and accomplishment after the eight-year reign of Obama. I will get to those, but first, let me clarify the problem.

The Democrats, Socialists, Leftists, and Liberals in general in the media are gleeful over the fact that, even with control of the White House and both legislative Houses, Republican legislators are stumbling around like buffoons. They remind me of The Three Stooges cartoons of my youth.

The Republicans, Conservatives, Libertarians and Tea Party people are lamenting over the fact that, even with control of the White House and both legislative Houses, Republican legislators are stumbling around like buffoons. They can’t seem to get out of their own way.

A Republican donor is suing the Republican Party because Republican legislators raised millions of dollars on their promise to repeal ObamaCare, but have failed to do so – even though it is within their power to repeal it. He is asking that they either do what they promised or refund campaign contributions.

The so-called “Skinny” ObamaCare repeal bill wasn’t ideal, but it would have at least started to dismantle the failed program. But it failed in the Senate due to the failure of RINO John McCain. McCain has gotten a pass for years when he voted with the Democrats because he was a war hero. Lately, because he was diagnosed with cancer, people are afraid to speak the truth about him. Ironically, when McCain was asked by the Washington Post if he was on ObamaCare, he refused to answer.

I have no hesitation in saying that McCain betrayed the country and his constituents when he cast the deciding vote against repeal. He also raised millions on his promise to repeal ObamaCare. He promised Arizonans that he would “lead the fight to stop ObamaCare.” His vote has been characterized as the ultimate act of political betrayal.

Of course, he was not alone. Senators Susan Collins (R-ME) and Lisa Murkowski (R-AK) also voted with the Dems. But they are both open Liberals; McCain pretends to be a Conservative. Collins is from a Democrat state, so she votes as a Democrat to stay in office. Murkowski became a senator in an act of nepotism. She was appointed to finish her father’s term when he was elected Governor of Alaska.

The three things that can be easily done to fix this mess:

1) Get rid of Mitch McConnell and Paul Ryan. McConnell has always been a political hack. He hasn’t had an original thought in 50 years. Ryan used to be a good man, but he has allowed his office to corrupt him. He is now as much a part of the swampy political establishment as McConnell. Both Houses need to elect leaders who are worthy of the title Republican.

2) Elect Conservatives. Forget about their lying campaign ads about what they are going to do. Check what they have done. www.ConservativeReview.com, www.HeritageActionScorecard and the American Conservative Union’s www.AccuRatings.Conservative.org all rank legislators on their actual voting records. For instance, Collins and Murkowski would never have been reelected as Republicans if voters had looked at their records. Both are at the bottom of the lists, and one Democrat (Joe Manchin) scored almost as high as Murkowski, and higher than Collins!

3) Go nuclear. (Not against North Korea - at least not yet.) The so-called "nuclear option" in the Senate is nothing more than removing a really dumb Senate rule that requires a 60% vote on certain issues. It is not in the Constitution – and it’s not even constitutional. Even a cursory reading of the Constitution will show the reader that a simple majority is required for the vast majority of votes. The exceptions are very weighty matters such as amending the Constitution. The Senate made the rule, and the Senate can remove the rule. Republicans have already done it for many types of votes – why not show some courage and make all voting democratic?

Many Republicans bemoan the fact that Republican legislators have not fulfilled “the President’s agenda.” To me, that’s not the problem. It is the fact that they lied to their constituents, and that they are not fulfilling the people’s agenda. And we’re not just talking about the repeal of ObamaCare. It is the repeal, it is the Wall, it is tax reform, it is cleaning out the swamp, it is reducing bureaucracy, and it is creating jobs and economic growth. The reason Trump was elected was that he promised those things, and the people wanted them done.

Memo to Senators and Representatives: Many of you were elected or re-elected on the President’s coattails. You wouldn’t be in Congress today if he hadn’t promised a Conservative agenda, and you hadn’t claimed you were on board with it. Think about what will happen to your re-election bids in 2018 if you don’t stop lying and start doing the people’s business.