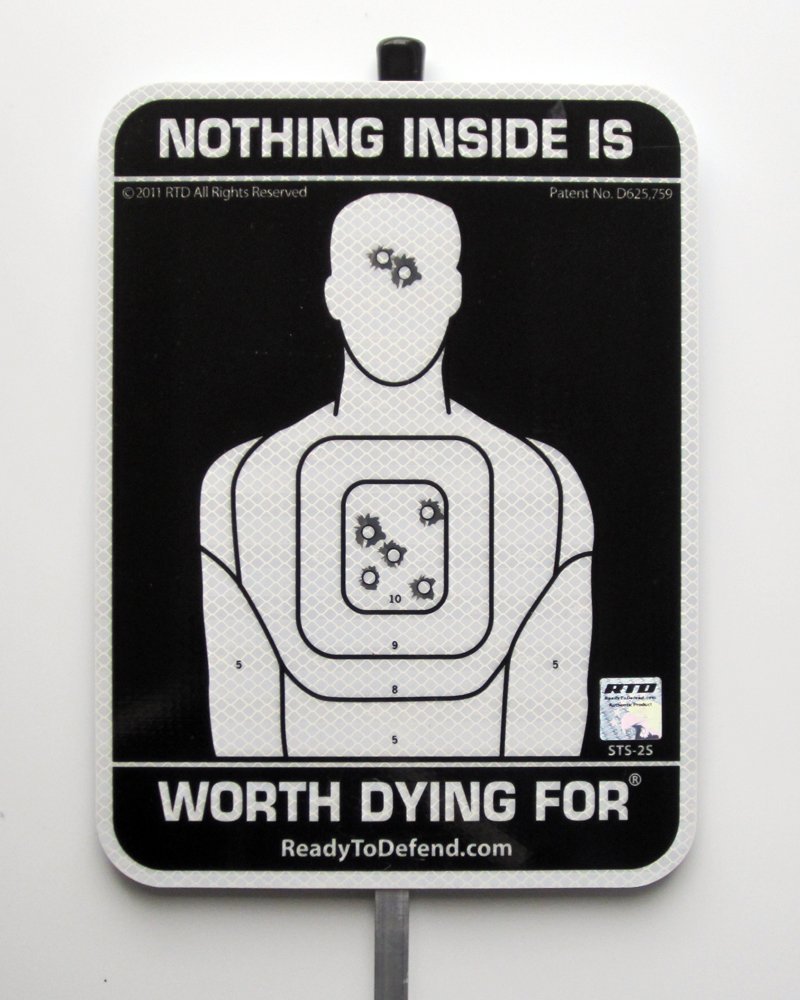 Signs like this are cropping up all over Houston. Texas has "open carry" laws that allow citizens to carry weapons openly. This is why looting is at a minimum in Texas. (Read this report by one of the Conservative Truth authors who lives in Houston:  http://www.conservativetruth.org/article.php?id=5956.) Texas has a Republican governor who knows how to govern.
By contrast, Louisiana and New Orleans were governed by incompetent Liberal Democrats when Hurricane Katrina hit. The government took away all the guns from citizens, including those with concealed weapons permits. As a result, there was massive looting, and many unarmed citizens were shot by armed looters.
Our constitutional right to keep and bear arms is always important. But it is essential in disaster situations when police are stretched thin. When citizens protect their property and that of their neighbors, it's not called "taking the law into their hands." It's called "enforcing the law," which Americans have every right (and obligation) to do when the police can't help.
Why can't the Liberals understand such a basic principle? The only thing I can imagine is that it may be because of all the acid they dropped and all the dope they smoked growing up.
Copyright ©2017
Read more by Dr. Tom Barrett
Tweet