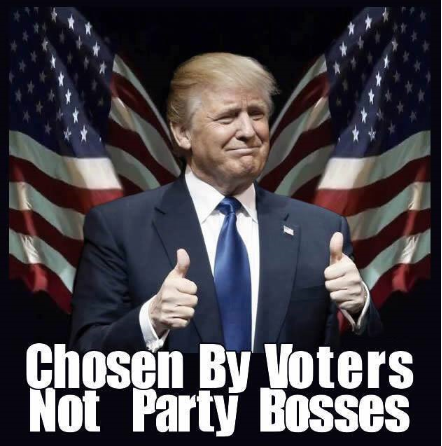 Hillary Clinton was chosen by the Liberal elites who run the Democrat party. The rank and file Democrats never had a chance to decide. As soon as Bernie Sanders started to show strength, the party bosses crushed him like a bug. Martin O'Malley was allowed to run for a while to make it look like there was a real race. Then he was told to get lost.

On the other hand, the Republican party bosses HATED Donald Trump. They did everything possible to undermine him. He won because "we, the people" wanted a president who didn't owe favors to anyone. We wanted a man who understood us - and we got him.