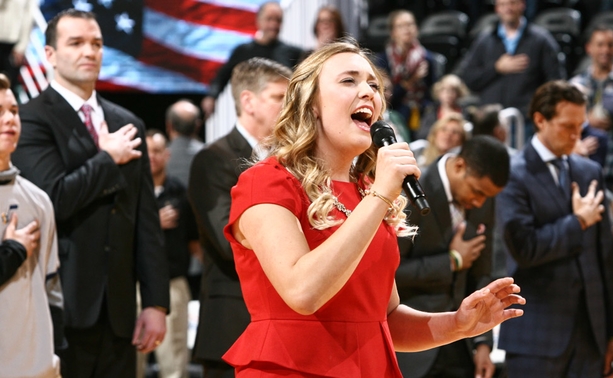 There is a lot of confusion in the press and among the public about why NFL players sitting or kneeling during the National Anthem has anything to do with our veterans. I will dispel the smokescreen and allow the facts to be seen.

Please note concerning the crime statistics mentioned above: Some studies (probably commissioned by the NFL) show that these players have a lower arrest rate than the average American. But if you read carefully, you will see that in every case they compare the NFL arrests to American males in their twenties and thirties instead of the U.S. population. But many continue playing in the NFL into their forties. And lots of NFL retirees commit violent crimes after they retire.

We also have to consider the fact that the reported crimes (from which the statistics are drawn) are almost certainly much lower than reality. All crimes aren’t noticed by the media. And many that are noted don’t get reported either because the reporter is a sports fan, or in some cases has been bought off. Finally, remember that the conviction rates of multi-millionaires will always be lower than those of regular guys who can’t afford to hire an entire law firm.

Now that we have debunked the lies about the mysterious case of the kneeling millionaires, how does all this relate to veterans? The players claim that kneeling and raising their fists in the salute made famous by the violent Black Panther Party are not meant to show disrespect for the Anthem, the flag or the veterans who fought and died for it. That may well be true for some of them. But the majority of those kneeling are just angry guys who want to cause trouble. Look at the hate in their expressions while they’re sitting or kneeling.

So does disrespect for the flag and the National Anthem equate to disrespect for veterans, as most Americans believe? As a former Marine, I certainly believe it does, as do most veterans and active duty personnel.

The Liberal news media is reporting that some veterans support the NFL protests. If that is true, I’m sure they are Democrats toeing the party line. More likely what they have told reporters is what I have heard many vets say: “I fought for their right to act like idiots. But they’re dead wrong in the way they’re expressing their views. The singing of the National Anthem is not the time or place for political demonstrations.”

Hundreds of thousands of veterans are so incensed by a year of this nonsense that they have organized a boycott of the NFL in general, and the 2018 Super Bowl in particular. Their Facebook page already has more than a quarter of a million “likes.” You can add your support by liking https://www.facebook.com/Boycott-The-NFL-119285205413259/

Why do military people feel personally dishonored by the disrespect for our nation? Well, first of all, vets, active duty troops, and hundreds of millions of Americans consider the flag, the National Anthem and the Pledge of Allegiance sacred. Not in the religious sense. (The word “sacred” means “set apart for God’s use.”) But these symbols of our country are the closest thing to being holy that a nation can have. Even many Democrats get upset when punks burn the flag or trample on it.

But in general, the Left (whether Democrats, Socialists, Progressives or Communists) ridicule these symbols of our great nation. And – unbelievably – they mock patriotism itself. It is hard for me to understand how anyone could live in this country and enjoy its freedoms and not love it.

Listen to an anonymous post by one Leftist, which I see echoed on many Democrat and Progressive sites: “Patriotism in your country is stupid because it makes a simplistic view of a very complex world. No one country is better than all others, and it is stupid to think that your's is. Patriotism can lead to jingoism or blind love for your country, which can make critical thinking of its actions very hard. This ties in with Nationalism, they both lead you to be blind to the realities of the world and make you inherently worse off because of it.”

They actually believe that patriotism is stupid and that nationalism is evil. That’s why the Left hates Trump. Not because he beat Hillary, as so many seem to think. They hate him because he believes it is his job to put America first. They are globalists. We are patriots. They think they are citizens of the world and owe no allegiance to America. We know we are citizens of the United States, and we pledge our allegiance to it.

The Left is on an all-out campaign to strip us of all that defines America, so that we can be absorbed into the one world government they long for so badly. The Democrat-controlled national teachers’ union got rid of the Pledge of Allegiance in most public schools long ago. Universities are getting rid of the American Flag because it makes their students feel “unsafe.” (The poor, pitiful babies.) And now the NAACP has labeled the National Anthem “racist.”

Here’s one more reason that contempt for the symbols of our nation equates to disrespect for our troops and our veterans. These men and women fought and in many cases died for our country and the symbols that represent it. There are dozens of true stories of Americans risking their lives to preserve American Flags, and some have even died doing so.

“Why would anyone risk their life to save a piece of cloth?” The people who would ask that question will never understand the answer. But anyone who has ever served in uniform, and most American patriots understand. It's not a piece of cloth. It represents all that is good about America, and it represents the men and women who over the years have loved her so much that they were willing to give their lives for her.