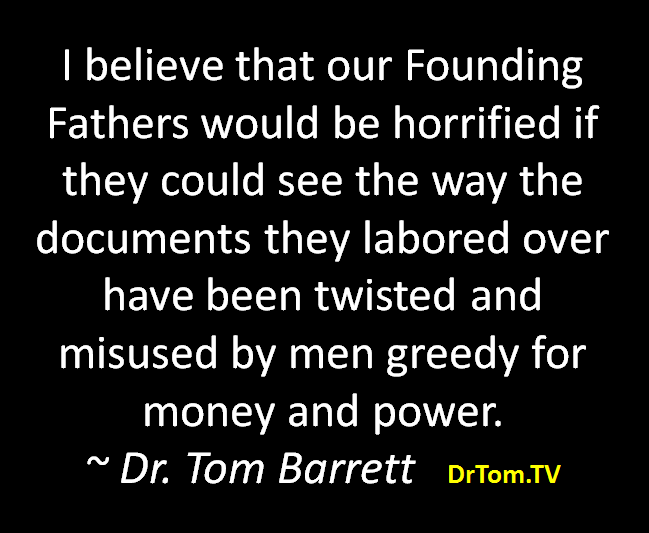 In 1941 President Roosevelt designated December 15 as the National “Bill of Rights Day.” Why? What makes the Bill of Rights so special that the United States honors these ten Amendments to the Constitution every year on their own National Day?

1)  Were it not for the Bill of Rights we might not have a Constitution. And if we did, it would be in a much different form.
2)  The promise of a future Bill of Rights made it possible to pass the Constitution much sooner than would have otherwise have been possible.
3)  The Bill of Rights are not so much ten individual Amendments as they are a cohesive document – arguably one of our nation’s most important founding documents.

For decades most U.S. students have not been taught even the basics American government and civics. In fact, the majority don’t even know what the word “civics” means, so I’ll supply the definition: “The study of the rights and duties of citizenship.”

The history they are taught is of the politically correct type. You know, Columbus was an evil racist colonizer. The Pilgrims didn’t come here for religious liberty – they came to exploit the American Indians. All the Founding Fathers were slave owners, so we can ignore the Constitution and move on to something more modern – perhaps a rap song promoting Socialism.

The liberal progressives who literally own the American school systems don’t want real history to be taught because it conflicts with their narrative. And they certainly don’t want students exposed to civics. Their agenda would be destroyed if young people actually understood the rights and duties as citizens.

So let’s take a few minutes to explore American history from the Revolution on. Perhaps you can convince some civics-challenged young people to read this article, and it will spur them to study real, unbiased American history books instead of the propaganda that the NEA (National Education Association) has inserted into today’s curricula.

The revolution didn’t start in 1776. For many years British subjects in what were then the American colonies had complained about the abuses of the far away British government.  (Interestingly, Americans today have many of the same complaints about our current government which meets in a far away swamp called Washington, DC.)

Books and tracts were written describing the evils of a government that ignored the desires and needs of the governed. Rallies were held. Militias were formed in preparation for the coming revolution. The churches of America were very involved in convincing the citizenry that the Bible teaches about the importance of freedom and liberty. They were also instrumental in the victory against the oppressive British army. See my article, The Black-Robed Regiment. (This piece led to me being interviewed on the national broadcast, The 700 Club. See the video here: Dr. Tom Barrett Interview on the 700 Club.)

The war with the British actually began on April 19, 1775, when “the Shot Heard ’Round the World” was fired on the green of the church at Lexington, Massachusetts. On July 2, 1776, the Declaration of Independence was signed by representatives of the thirteen colonies, and the unofficial revolution became official. Two days later it was ratified by the Congress, making July 4 the official birthday of our nation.

Thomas Jefferson, the primary author of the Declaration, spoke these words on November 29, 1775:

Believe me, dear Sir: there is not in the British empire a man who more cordially loves a union with Great Britain than I do. But, by the God that made me, I will cease to exist before I yield to a connection on such terms as the British Parliament propose; and in this, I think I speak the sentiments of America.

OK, so we’d been fighting the British for over a year. We’d sent a letter to King George explaining why we could no longer be buddies. We had a country, but no government. Yes, we had the Continental Congress, but nothing much in the way of governing documents. We needed a Constitution, a rulebook if you will, that everyone understood and would help us to work together. We didn’t get one. Instead, we were given a semblance of a constitution five years later.

When I teach on this, most members of the audience assume that we got the Constitution at or close to the time of the Declaration. They don’t realize that we were pretty busy fighting a war. It was hard enough to get the Declaration written and passed by a Continental Congress composed of delegates sent by the colonies to Philadelphia on September 5, 1774. On March 1, 1781, the Articles of Confederation, a flawed document that was the predecessor to our Constitution, came into force. Its main weakness was that it gave power to the federal government, but no way to enforce those powers.

It wasn’t until March 4, 1789 – almost thirteen years after the Declaration –  that the United States Constitution came into effect and replaced the Articles of Confederation. That’s a long time for a nation to exist without an effective governing document. And, as mentioned earlier, it might have taken much longer had the delegates not pledged to the advocates of a Bill of Rights that they would add amendments to the Constitution following its ratification that would ensure such basic rights.

Let’s look at the arguments made for and against the Bill of Rights. The delegates that opposed it were not against such rights. They felt that the Constitution protected the rights of the people sufficiently, so they believed a separate Bill of Rights to be unnecessary.

But many of our Founders wisely mistrusted human nature. They knew that when most people get power, their first tendency is to abuse it. History has proven that their position was the correct one. Even with the Bill of Rights, politicians have managed to get around the rights granted to us, or simply ignore them. I believe that our Founding Fathers would be horrified if they could see the way the documents they labored over have been twisted and misused by men greedy for money and power.

The roots of our Bill of Rights are found – ironically, since King George denied us those rights – in English history. Responding to abusive actions of Charles I, in 1628 Parliament adopted the Petition of Right, which condemned unlawful imprisonment and stated that no taxes could be levied without the consent of Parliament. Charles vehemently opposed the Petition because it infringed on his power. But Parliament, which held the purse strings of the nation, forced him to ratify it.

It wasn’t until 1689, as part of the Glorious Revolution which put William and Mary on the throne that Parliament was able to pass into law the English Bill of Rights. This went much further than the Petition of Right. It created a separation of powers, limited the powers of the monarchy, strengthened the democratic election process. and ensured freedom of speech. Our American Bill of Rights was greatly influenced by this document.

In 1787, during the Constitutional Convention, George Mason, regarding the Constitution, said that he “wished the plan had been prefaced by a Bill of Rights.” Elbridge Gerry made a motion that a committee be appointed to write such a bill, but the motion was defeated without an opportunity for debate.

Immediately upon ratification of the Constitution, Mason and other like-minded Founders started work on both the wording and the passage of the Bill of Rights. In the First Congress, James Madison started to fulfill the promise he and others had made in order to gain the support of the Bill of Rights proponents to pass the Constitution. During the ratifying conventions of the states, many proposals for amendments to the new Constitution were put forth. Madison reviewed these, and in September of 1789, the Congress proposed twelve amendments to be sent to the states for ratification.

The last state – Virginia – ratified the amendments on December 15, 1791, which is why President Roosevelt chose December 15 for Bill of Rights day. During the ratification process, two of the amendments failed. Fortunately, these did not deal with basic rights. One dealt with the number of members of the House of Representatives; the other concerned the pay for Senators and Representatives.

The ten which passed had a common theme – the rights of the people. Their history, the manner in which they were ratified together, and the commonality of purpose of these ten amendments served to meld them into one. Although each of the ten has a distinct purpose, they are referred to as one document – The Bill of Rights. When the founding documents are printed, there are normally three headings: Constitution, Bill of Rights, and Amendments.

As I have mentioned, men and women in positions of power have misused, abused, and misinterpreted our founding documents over the years. But imagine how much worse things could have been were it not for the Bill of Rights. And thank the Lord that we have them.


THE BILL OF RIGHTS

Amendment I
Congress shall make no law respecting an establishment of religion, or prohibiting the free exercise thereof; or abridging the freedom of speech, or of the press; or the right of the people peaceably to assemble, and to petition the government for a redress of grievances.

Amendment II
A well-regulated militia being necessary to the security of a free State, the right of the people to keep and bear arms shall not be infringed.

Amendment III
No soldier shall, in time of peace, be quartered in any house without the consent of the owner, nor in time of war, but in a manner to be prescribed by law.

Amendment IV
The right of the people to be secure in their persons, houses, papers, and effects, against unreasonable searches and seizures, shall not be violated, and no warrants shall issue but upon probable cause, supported by oath or affirmation, and particularly describing the place to be searched, and the persons or things to be seized.

Amendment V
No person shall be held to answer for a capital, or otherwise infamous crime, unless on a presentment or indictment of a grand jury, except in cases arising in the land or naval forces, or in the militia, when in actual service in time of war or public danger; nor shall any person be subject for the same offense to be twice put in jeopardy of life or limb; nor shall be compelled in any criminal case to be a witness against himself, nor be deprived of life, liberty, or property, without due process of law; nor shall private property be taken for public use without just compensation.

Amendment VI
In all criminal prosecutions, the accused shall enjoy the right to a speedy and public trial, by an impartial jury of the State and district wherein the crime shall have been committed, which district shall have been previously ascertained by law, and to be informed of the nature and cause of the accusation; to be confronted with the witnesses against him; to have compulsory process for obtaining witnesses in his favor, and to have the assistance of counsel for his defense.

Amendment VII
In suits at common law, where the value in controversy shall exceed twenty dollars, the right of trial by jury shall be preserved, and no fact tried by a jury shall be otherwise reexamined in any court of the United States, than according to the rules of the common law.

Amendment VIII
Excessive bail shall not be required, nor excessive fines imposed, nor cruel and unusual punishments inflicted.

Amendment IX
The enumeration in the Constitution, of certain rights, shall not be construed to deny or disparage others retained by the people.

Amendment X
The powers not delegated to the United States by the Constitution, nor prohibited by it to the States, are reserved to the States respectively, or to the people.