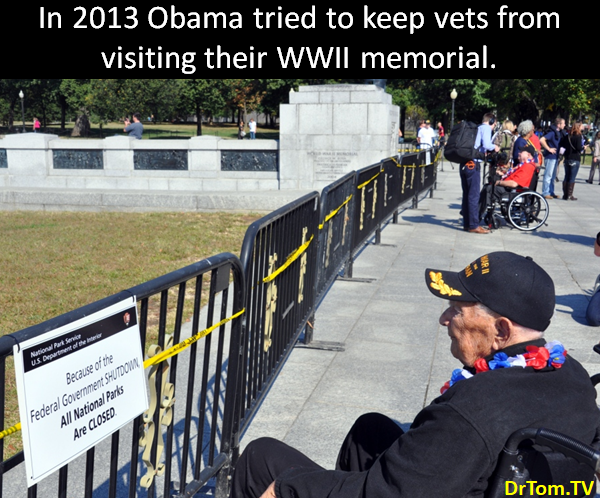 Fake news, a fake book, and now a fake shutdown. This is getting old. Why can’t the politicians just be honest for a change? The old joke isn’t funny anymore: “How can you tell when a politician is lying?” Answer: “His lips are moving.”

I’m tired of this game that both Republicans and Democrats play on a regular basis. Since 1976 there have been 18 fake “Government Shutdowns.” In every one, the Democrats blamed the Republicans and vice versa. They claimed variously that:

1) Children would die (a favorite among political alarmists)
2) Seniors would not get their Social Security checks (almost as popular)
3) National security would be jeopardized since troops would be laid off
4) Planes would be grounded because there would be no air traffic controllers
5) Houses would burn down and citizens would be burned alive because firefighters would not be paid (almost all of them are paid by local governments, not the U.S.)
6) VA hospitals would shut down and veterans turned out into the streets.
7) Grandma would be pushed off a cliff in her wheelchair (this was actually depicted in a Democrat ad).

No one has ever died due to a “Government Shutdown.” Planes have never fallen from the skies. No senior citizen failed to get their check. And no granny was ever pushed off a cliff.

So why do these political hacks continue to play these stupid games? Usually, because they hope to force the other party to include something not related to funding in the funding bill (as the Dems are doing with the DACA amnesty now). Sometimes it’s so certain politicians who are running for reelection can show how tough they are. And often it’s just to score political points: “The other party caused the shutdown. We’re the good guys.” In this case, several Democrats have said they will keep the government closed until after January 30, because they want to force the president to deliver his State of the Union address in the midst of their fake “Shutdown.” And of course, they did their “Shutdown” on the one-year anniversary of Trump’s presidency – a really mean-spirited thing to do.

Whatever the reason, the whole thing is fake, bogus, phony, a sham, false, and just plain deceitful – because they know that within a few days or weeks they will turn the government back on. They are willing to cause turmoil in all over the nation and scare senior citizens half to death for no good reason.

Let me give you the truth about what will happen as a result of this fake “Shutdown”: Pretty much nothing.

Some federal employees will get a free paid vacation. They will be sent home to watch soap operas, but when it’s over, they will receive their back pay. The military won’t be so lucky. They will still have to work, but they won’t get their paychecks – until the “Shutdown” is over. 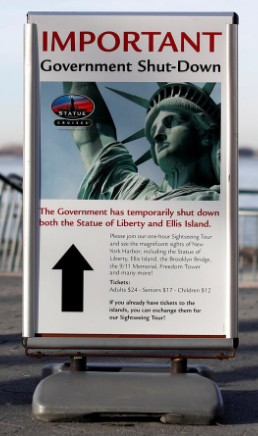 You won’t be able to visit some federal parks and museums, including the Statue of Liberty. Numerous useless reports that the government publishes won’t be published for a while. And some government offices will be shut down – the most useless ones that never accomplish anything and which no one will miss.

Aircraft controllers, federal police, homeland security agents, border patrol officers, post office employees, and all other “essential” employees will continue to do their jobs. And tens of thousands of federal employees who are not essential and who perform no useful function will also continue to “work.” It’s all politics.

Obama sent a letter to government employees at the start of the 2013 “Shutdown.” It read, in part, “This shutdown was completely preventable. It should not have happened. And the House of Representatives can end it as soon as it follow’s the Senate’s lead and funds your work in the United States Government without trying to attach highly controversial and partisan measures in the process.”

What?!? Are we living in Bizzaro World, where heroes are villains and beauty is ugly? But Obama was actually right about something in his Bizarro letter. The 2013 “Shutdown” was completely preventable – as is the 2018 version. The difference is that then Obama and the media convinced America to blame the Republicans – and today even the Liberal press (shockingly) is actually blaming the Democrats. (Another Bizarro incident – they never blame the Dems for anything.)

And the DACA controversy is extremely “partisan” (to use Obama’s word). Trump has already pledged to allow the illegal “children” (most of whom are adults) to stay in the U.S. He has given Congress until March to send him a bill he can sign. But the Dems hate our president so much that they want to deny him any victory. So they put the needs of illegal aliens over those of American citizens – again – by insisting on DACA now.

Fortunately, we have a good man in the White House. Since the Executive Branch decides where to utilize the temporarily diminished resources under his control, it’s nice to know we have a patriot making the decisions. He won’t follow Obama’s path in the 2013 “Shutdown” of weaponizing an already difficult situation.

Obama wanted to cause maximum pain for citizens so that they would be upset at the Republicans. So he funded his pet Liberal projects and shut down services that he didn’t need to. For instance, he shut down an open-air World War II memorial, knowing that “Honor Flights” of U.S. veterans were coming to visit them. Many of these vets were elderly, and would probably never be able to come again. Obama put up steel barricades with signs stating, “Closed Due to Government Shutdown,” and assigned armed guards to keep the veterans out.

Think about it. This was an area that was not staffed, so no government funds were being used. It was a park with statues and memorials. Obama spent taxpayer dollars to staff the area with guards just to make a political point.

Fortunately, the four busloads of veterans had more guts than Obama. After months of planning and $100,000 spent to get them there, the vets – many of them in wheelchairs – pushed aside the barricades and toured the facility anyway. The armed guards had the sense not to try to stop them, as Congressmen and tourists cheered them on.

Thankfully, President Trump has kept the WWII Memorial open to the public. And - unlike Obama - he has kept almost all of the national parks open. 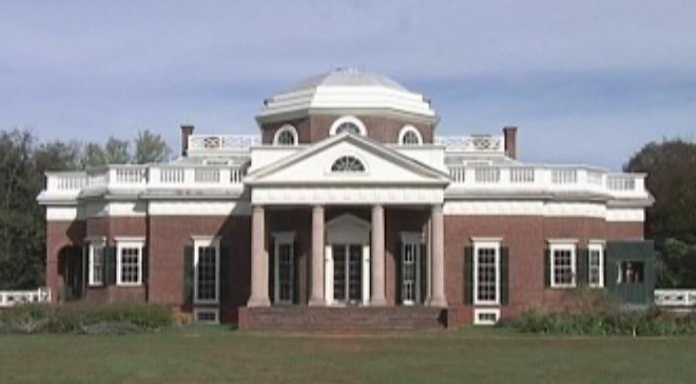 Obama also tried to keep citizens from visiting Monticello, the home of Thomas Jefferson. He was ignorant of the fact that the home-turned-museum was not federal property. So he sent armed guards to block the road to the home. When museum officials informed the feds that it was private property funded by a private trust, they were forced to withdraw.

The bottom line is that both political parties in Congress need to end this practice of fake shutdowns and fake restarts of the government. They need to do what the law requires – pass a budget every year, instead of passing numerous “Continuing Resolutions” (CR’s) that only allow the government to function normally for anywhere from a week to a few months. This is wasteful of both time and money. The military and government agencies can’t function or plan properly when they receive their budget authorizations in bits and pieces.

This time the “Shutdown” was caused by one man – Democrat Senate Minority Leader Chuck Schumer. But there have been other times when the Republicans have been guilty of the same silly brinksmanship for similar frivolous reasons. The leaders of both parties need to grow up and take their responsibilities seriously.

For all of you who are worried or fearful about this fake “Shutdown,” STOP. Listen to what the Lord says in Philippians 4:6-7:

“Be anxious for nothing, but in everything by prayer and supplication, with thanksgiving, let your requests be made known to God;  and the peace of God, which surpasses all understanding, will guard your hearts and minds through Christ Jesus.”