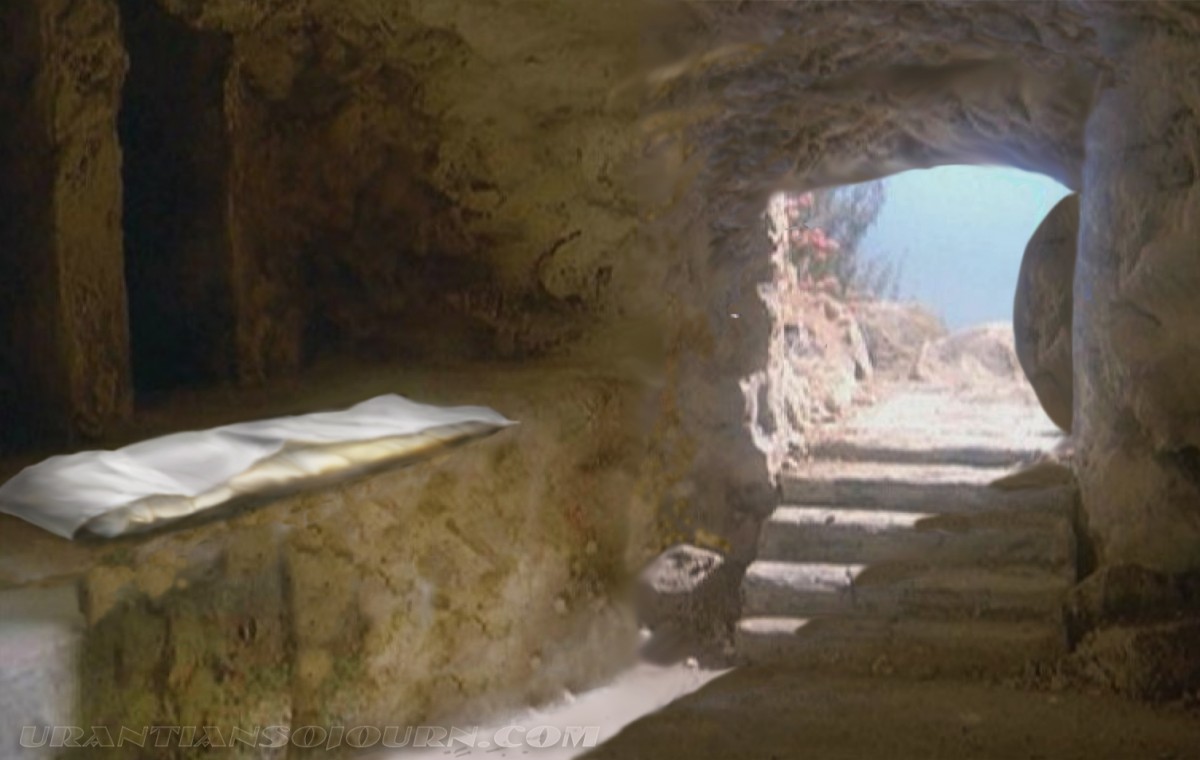 Those of us who have been around for a while remember the “urban legends” that were once passed around by word of mouth or postal mail. They usually involved something scary, such as 'The Vanishing Hitchhiker' legend. If they seemed credible and became popular, some ended up on TV – the pre-Internet version of “trending."

Younger people probably think urban legends originated on the Internet. Legends like 'The Smiling Man,' 'The Expressionless,' and 'Abandoned by Disney' abound, with no apparent purpose other than scaring kids. And of course, 'Slender Man’s' supposed ability to hypnotize his victims so they can’t run away is probably the best known modern urban legend.

The most important thing about urban legends is that anyone with any sense knows they are just that – legends, myths, nonsense. But an urban legend that was started 2,000 years ago by the highest priests of Israel persists today – and many still believe it.

Chapter 28 of the Book of Matthew tells the story of the Resurrection of Jesus Christ. It also tells the story of an evil plot by the chief Jewish Priests and the Elders to deceive the people about the Resurrection. After the two Marys found Jesus’ tomb empty and He encountered them, He told them to go and tell His disciples the wonderful news. Matthew 28:11-15 tells what happened next…

11 While the women were on their way, some of the guards went into the city and reported to the chief priests everything that had happened. 12 When the chief priests had met with the elders and devised a plan, they gave the soldiers a large sum of money,  13 telling them, “You are to say, ‘His disciples came during the night and stole him away while we were asleep.’ 14 If this report gets to the governor, we will satisfy him and keep you out of trouble.” 15 So the soldiers took the money and did as they were instructed. And this story has been widely circulated among the Jews to this very day.

It is important to note that: The result of the lies? “And this story has been widely circulated among the Jews to this very day.” The “very day” spoken of in the Scripture is the time in which the Book of Matthew was written. But the lie is still widely circulating among Jews today. They still look for their Messiah, not realizing that He has already come, because of the urban legend.

Legends have power because people are not critical thinkers. You don’t have to be a deep thinker to realize that 'Slender Man' is a hoax designed to frighten foolish children. But many of the people who believed the lies of the priests were learned adults. Some were rabbis and religious leaders who knew the Scriptures. If they had looked at Jesus’ life and compared it to the prophecies of Messiah, they would have realized that Jesus was the One they were looking for.

Instead, they believed the lies of their leaders. If they had used just a little critical thinking they would have realized that several things were wrong with the story the guards told:
Breaking the Roman seal and stealing Jesus’ body would have been a crime punishable by death. Remember that the disciples were scattered, terrified and in hiding. Why would they have risked their lives by gathering in one place to do something that would have little or no impact? If that was what had actually happened, it would be easy to explain it away, as the guards did.

No, the only thing that would change the minds of the people and make them believers would be if He actually rose from the dead – as He had said He would do on the third day. He did rise from the dead and was seen alive by over 500 people – three days after He was crucified and buried.

Today you have a choice. You can believe the ridiculous urban legend. Or you can look at the millions of lives who have been changed forever by the Risen Christ, and say, “Surely this Man is the Son of God.”

Deuteronomy 30:19 says, “Today I have given you the choice between life and death, between blessings and curses. Now I call on heaven and earth to witness the choice you make. Oh, that you would choose life, so that you and your descendants might live!”