I think we can agree that these burning questions need serious research with full transparency regarding the truth, don't you?

In all the coverage of Saturday’s Royal Wedding – and even on the wedding invitations – the happy couple is only referred to as “Prince Harry and Meghan Markle.” Which leads me to wonder: Do Princes have last names? And what about the other royals?

They seem to have no last names – or at least they don’t use surnames. It’s Prince this, or Queen that, always using their first names with their title. Even the Queen’s mother is referred to as…“The Queen Mother.” (One wonders what her friends call her when they play bridge.) But what about royal descendants who don’t have royal titles? Are they doomed to wander the earth forever with only a first name? How can they get credit cards?

It turns out that was indeed the case until 1917. (But back then credit cards were not an issue.) That was the year when King George V decreed that the family surname would be Windsor (since the current royal family is of the House of Windsor). Today royals still don't need a last name. But with the plight of the non-titled royals in mind (and presumably their potential need for credit cards), in 1960 Queen Elizabeth II (who doesn’t need a credit card nor a last name), decreed that her descendants would use the surname Mountbatten-Windsor. This is a blend of the Queen’s and her husband's surnames.

Meghan Markle’s full name (before Saturday) was Rachel Meghan Markle. Coincidentally, her first name on “Suits,” the hit show that made her so famous, was also Rachel. But as soon as she and Harry were pronounced husband and wife, she became Her Royal Highness the Duchess of Sussex. My guess is she likes that better than Meghan.

“What! I thought she was a Princess.” I know, I know. The press has been calling her the “American Princess.” But that’s not how it works. Just because she married a prince she didn’t become Princess Meghan. She can, however, be referred to as Princess Henry of Sussex.

Harry, on the other hand, even though he lacked a last name, had a long list of first names: Henry Charles Albert David. When I meet someone named John David I will usually joke, “Were your parents broke when you were born?” When asked what I mean, I reply, “They only gave you first names. Couldn’t they afford a last name?” Obviously, that was not the case with the royal family; the net worth of the Queen alone is $530 Million. 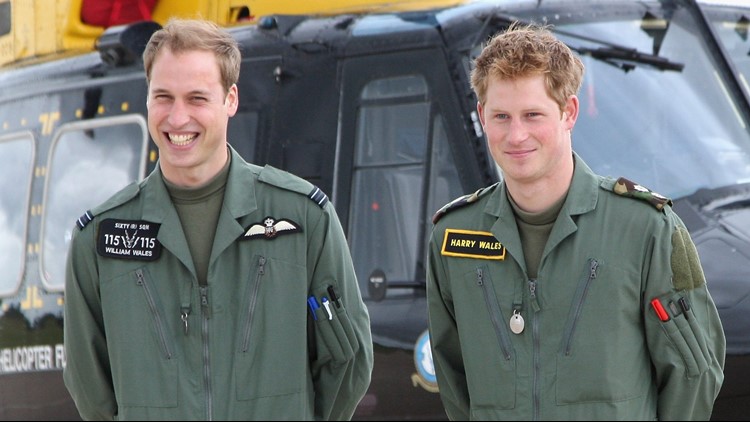 Harry could have used the surname of Mountbatten-Windsor had he wished; but how do you fit all of that on a driver’s license application? If you add his nickname, Harry, that would be seven names. Who could remember all of them? To keep it simple, both he and his brother William used the surname “Wales” while in the military. (Their father is the Prince of Wales.) The Army doesn’t put up with names that won’t fit on the uniform.

There is a long tradition of royals being given one or more titles of nobility once they come of age, or when they marry. Harry came of age long ago – he served ten years as a helicopter pilot, much of that on the front lines in Afghanistan. So the Queen decided to give him three titles for the wedding. That made good sense. Gifting him a few titles is much cheaper than say, giving him a Ferrari as a wedding gift.

So now, besides being a Prince who is sixth in line for the Throne, he has become the Earl of Dumbarton (which is somewhere in Scotland), and Baron Kilkeel (a small town in Northern Ireland). And, most importantly, he is now the Duke of Sussex (which, thankfully, is in England). A duke is the highest title of peerage.

Now, what about this rather unusual wedding? The royal family has never seen one like this. No politicians were invited – not even the Prime Minister of Great Britain or the President of the United States. But the cast of “Suits” was invited.

The only royals who were there were the highest ranking ones and ones that the couple was close to. Prince William was Harry’s best man, as Harry had been for William. Meghan chose not to have a maid of honor, saying it would be too hard to choose among her friends.

That was by far the least of the breaks with tradition. Harry and Meghan invited 2,600 commoners – not to the Chapel itself, which only holds 600 – but to be on the grounds of the castle, and to be the first to see the couple emerge and kiss. Many were from charities the couple supports, including ordinary people who have done extraordinary things. One example is a young deaf teenage boy, who took it upon himself to go into schools and teach sign language.

The wedding itself was a mix of stiff British tradition and “Did you see that?”! The wedding ceremony itself was performed by the Archbishop of Canterbury. But the sermon was by a black Episcopal priest named Michael Curry. He preached a fiery sermon on love that could rival any preaching in a black Southern Pentecostal church.

There was the traditional classical music performed by a choir and an orchestra. This included a magnificent cello performance by black 19-year-old Sheku Kanneh-Mason. But the highlight of the wedding for me was a black Southern Gospel choir led by a lady named Karen Gibson. They sang the love song “Stand by Me,” “Amen,” and the iconic “This Little Light of Mine.” I loved “Amen” so much that every youth choir I directed included it in its repertoire. “This Little Light of Mine” is an old church song that was made famous during the Civil Rights Movement.

Meghan Markle has already put her mark on the royal family, with the complete support of her new husband. When their wedding was announced, shock waves went out through the United Kingdom. She was half black! She had been married before! She was older than Harry! Worst, she was (gasp!) an entertainer! A few decades ago none of those would have been allowed. A few centuries ago beheading would have been in order.

There were the expected hateful rants in the despicable British tabloids (which should be outlawed – they are worse than the US National Inquirer). Racists spoke about the pollution of the royal lineage. Meghan took it with grace, but Harry spoke out forcefully in her defense.

After a while, most people accepted that Harry had chosen the person he wanted to spend the rest of his life with, and the nation accepted that Meghan would be an unusual royal. But none of the commentators anticipated that the wedding itself would be much different than the dozens of traditional royal weddings they had seen over the years. Boy, were they surprised! 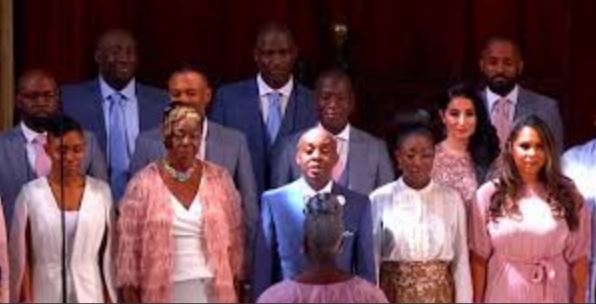 Commoners invited to the royal wedding; politicians excluded. A formal wedding ceremony by the Archbishop; a fiery sermon by a black Bishop. Beautiful classical music, mixed with Southern Gospel. England will never be the same.

For me personally, the most touching part of the ceremony occurred early in the one-hour service, as Meghan and Harry stood before the officiant. I have performed many weddings over my 40 plus years in the ministry, and have often seen the bride tear up as I addressed the couple. In this wedding, Meghan smiled throughout and remained dry-eyed. But Harry teared up and had to wipe away tears several times.

It’s obvious that both love each other very much. You could see the love in Meghan’s eyes every time she looked at Harry. She probably told herself, “I’m not going to cry and mess up my makeup.” Obviously, Harry, a tough military man used to being in the public eye, was surprised as emotion welled up in him. But it’s good when a man can cry and not be ashamed of it.

Let’s all pray for God’s blessing on this marriage. It’s tough to live in a fishbowl with your every move being watched and photographed. Pray that the genuine love they show for one another won’t be strained by all the attention.

Full Video of the One-Hour Wedding

“Love is the Way”: Bishop Michael Curry's Captivating Sermon at the Royal Wedding

Black Choir Singing “Stand by Me”