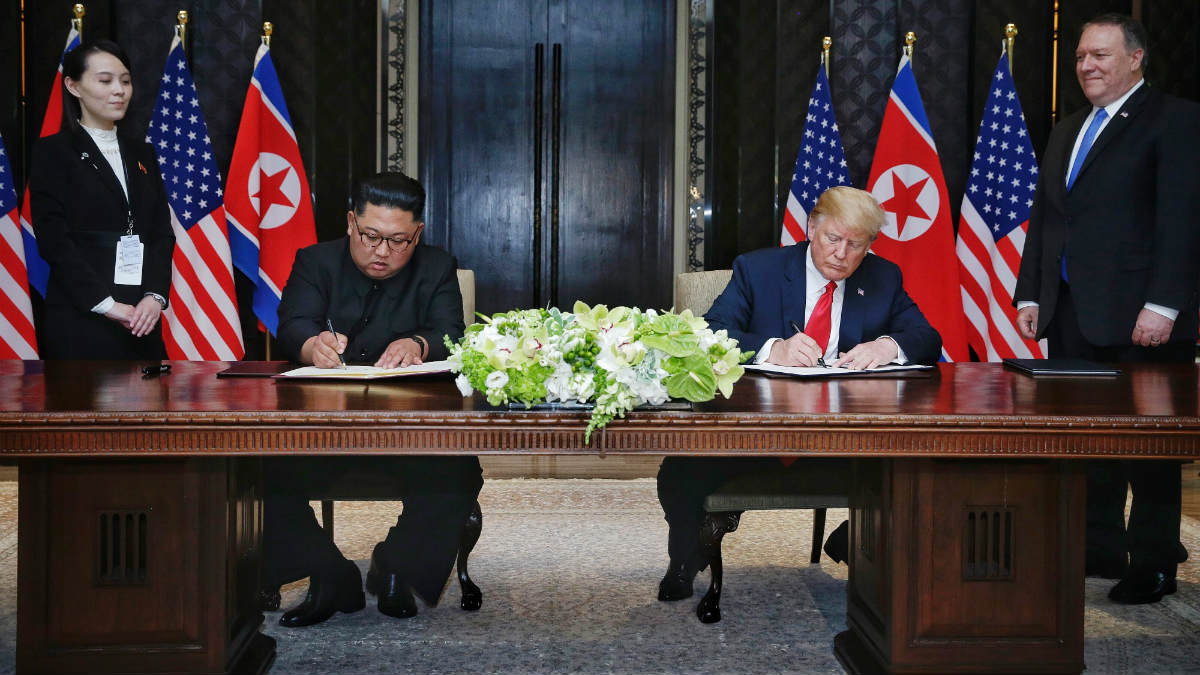 All week I had planned to write an article about the historic Summit in Singapore between President Donald Trump and Kim Jong-un of North Korea. Because it was so much on my mind, I did something I have never done before. I wrote five posts in a row on the same subject. These were posted on www.FaceBook.com/DrTomTV (please stop by and “Like” my page). These five posts each covered an important aspect of the Summit and its impact.

Ultimately, I decided to post those five instead of writing an article. This was not out of laziness (I love to write). Rather, it was because I couldn’t have said it better if I started over again. These were written contemporaneously with the events in question, and carry more immediacy. Enjoy!

As soon as these two signed the Joint Document, the Democrats said it was worthless. It didn't lay out all the details of the denuclearization. It wasn't precise enough. He gave up too much to Kim. It wasn't signed in blood. What do these unpatriotic "leaders" expect from a 5-hour meeting?

Trump did what no Democrat president has ever been able to do. Using a combination of tough talk, threats of military action, severe financial sanctions, and diplomacy he got "Little Rocket Man" to agree to a framework through which we WILL see the nukes and missiles gone from North Korea.

How do I know this will happen? For the same reason Kim agreed to the Summit. The financial sanctions are crippling his nation. More important, he now knows what for the first time his nation is dealing with a man who means what he says. If he hadn't agreed to meet and to sign the agreement, it would have only been a matter of time before bombs rained down on his pudgy head.

I wonder if Kim has read Romans 13:3 - "For rulers hold no terror for those who do right, but for those who do wrong."Maybe the Democrats should read it, too, before the malign the ruler God has placed over our nation to protect it. 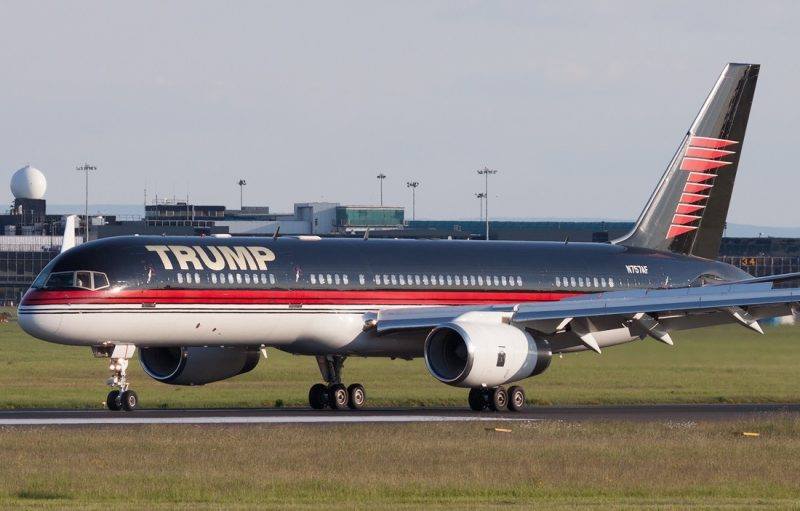 The Speed of Trump

Never bet against Donald Trump - especially on whether he will get something done, ahead of schedule. He was famous for this in his business life, bringing in huge projects in under budget and finishing before deadlines.
He has brought that same energy to the White House. When he announced that the U.S. would be the first nation to recognize Israel's capital is Jerusalem, the pundits immediately started talking about the numbers of years it would take to find a proper site, draw up plans, and build a new embassy, Trump laughed. A few months later we had the opening ceremony for the new U.S. Embassy in Jerusalem.

By the way, the last three presidents promised to move the embassy. Trump did it, moving at the Speed of Trump
When he decided it was time to put a stop to North Korea's threats of nuclear attacks on U.S. territories and allies, his aides reminded him of the months or years it would take to arrange a face-to-face summit, he laughed. He informed Kim Jong-un that he had two choices: Meet and agree to complete denuclearization or get ready to be on the receiving end of the full fury of the U.S. armed forces. A few months later the Summit took place, and Kim agreed to immediately start dismantling his nukes and missiles.

By the way, three presidents tried to get such an agreement with North Korea. Trump did it, moving at the Speed of Trump.

The signatures weren't dry on the Summit agreement before the pitiful New York Times published a scholarly article on how it would take 15 years to dismantle and remove all of NOKO's weapons. How much do you want to bet that Trump will get the job done in less than two years - moving at the Speed of Trump? 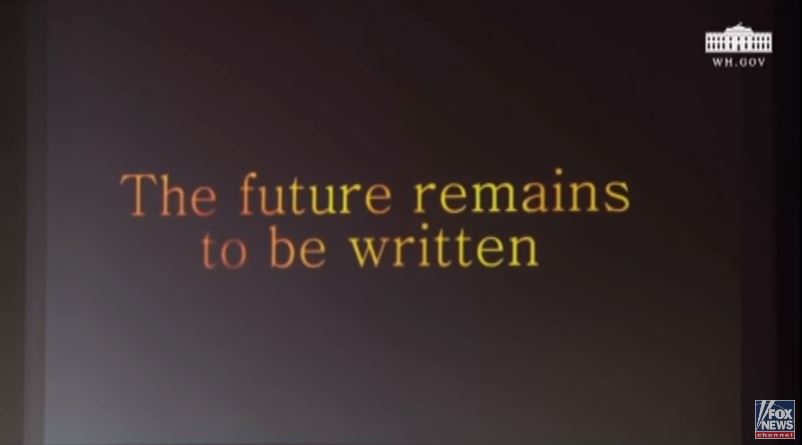 Part of being a great negotiator is being a great salesman. Trump had his National Security people create this video to show Kim what his world could look like whichever way he chose to go. Great prosperity if he chose peace. Unthinkable devastation if he decided to continue to threaten the U.S. with nuclear weapons.

The video might seem a little corny to us. But remember, Kim has been isolated from the rest of the world most of his life. Sure, he sees Western TV and videos. But, according to people in the room, he smiled broadly while watching this video. He got to see himself in the role of a good guy instead of a pariah.

I think the video played a part in his decision to abandon his insane quest to threaten the most powerful nation on earth. Instead, he chose to allow his nation to prosper, with the help of Trump. 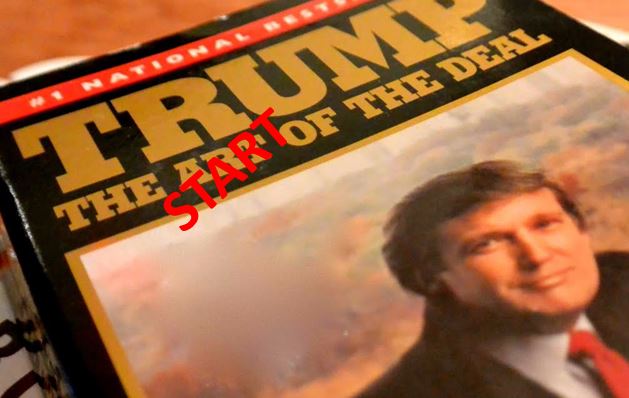 The START of the Deal

These people aren't stupid. But they think you are. They have been through this process in the past, and they know it takes months of diplomacy and high-level meetings to get all those details worked out. They just hope you don't understand that, because they want an excuse to trash talk the president.

What Trump did in Singapore is what you or I might do when we buy a car. I have often gone to a dealership, looked at what they had, and decided on what I wanted. That's the fun part - picking out the vehicle. Then I would give a deposit to the dealer and go back to my office. I would send my business manager, who is paid to handle details that I don't enjoy, to the dealer to take care of the title, transfer, warranty and so on.

Trump did the most important part of what he always said would be a long process; he got an agreement in principle. He started the deal. Sure, the NOKO's have promised to de-nuke in the past, taken money from U.S. presidents, and then reneged. But those were different presidents. Remember, Trump wrote "The Art of the Deal" and has lived it all his life.

Past presidents removed their financial sanctions based on a promise from a Kim. Clinton even agreed to build them two nuclear reactors - which they promised would only be used for civilian purposes. Obama pretty much ignored the growing problem as NOKO built working nukes.

Trump is keeping the most aggressive sanctions in history in place until Kim complies. He's not giving him billions of dollars as other presidents have done. Kim won't get anything from the U.S. until he meets agreed-upon benchmarks in the denuclearization. Basically, Trump has told him he has to pay to play. 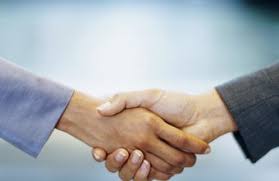 Who Gave Up What?

Whiney Democrat Senate Minority Leader Chucky Schumer tried to sabotage the Singapore Summit before it happened. He made up a long list of demands, then said that if Trump didn't leave Singapore with everything on his list the Summit would be a failure.

His list was actually reasonable, but it wasn't original. It was stuff everyone agrees must be part of the deal - ultimately. The problem was that Schumer knew it would be impossible to accomplish all those deal points in a week-long summit. And the meeting was only 5 hours. Schumer just wanted to set up the president to fail, at least in the eyes of Liberals like himself.

I predict that, unless Kim fails to negotiate in good faith, Trump's team will negotiate all the items above, and more. They were all on his list long before Chucky Schumer tried to use them to undermine the U.S. government on the world stage.

But let's look at what Trump and Kim gave up to get the deal started. Trump's detractors claim that he gave Kim everything he wanted, and got nothing in return. The opposite is true. Trump gave Kim nothing of substance, and nothing he can't pull back if Kim reneges. Kim gave Trump some significant concessions that indicate to me that he is ready to stop being a bad boy and join civilized society.

Well in advance of the Summit Kim released three U.S. hostages as a show of good faith. He also blew up what he claims was a missile engine testing facility. (We know it was some sort of secret facility because of the extensive tunnel network, but its exact purpose hasn’t been verified.) He agreed to send to the U.S. the remains of thousands of its soldiers from the Korean War. Most significantly, he agreed to “complete denuclearization” of his country.

What did Trump give Kim? The Democrats claim that by meeting with him Trump gave Kim a place on the world stage. If anyone in the world didn’t already know about Kim Jong-un due to his bombastic threats, they never watched the news. Trump agreed to halt the U.S.-South Korean war games next year. If Kim doesn’t follow through with verifiable action towards denuclearization, it will take Trump one phone call to the Department of Defense to reinstate the exercises.

The main thing Trump gave Kim was a resounding “No!” when he asked to have the sanctions ended or reduced. Other presidents have said yes, and ended up with egg on their faces. Trump is too smart for Kim. There are only two possible conclusions to what was set in motion in Singapore.

1) North Korea complies completely in exchange for security guarantees and help in becoming a prosperous nation.

2) They go back to their old ways, in which case they will face the full wrath of the U.S. armed forces the next time they threaten our nation or our allies.


Will the Summit Succeed?

The only two things that are certain are that Democrats will continue to tax and spend, and that Jesus is coming back soon. No one can know if the Singapore Summit will ultimately succeed. As the president has said, it was a great start, but it is now up to the NOKO's to continue the process. My sense is that it will succeed, and that Trump will have earned (but will never receive) the Nobel Peace Prize for denuclearizing the Korean Penninsula and ending a 70-year-long war.

The reasons I believe we will see a successful conclusion to this process are:

1) Trump is committed to seeing it succeed - and Trump is tenacious.

2) Kim has indicated that he wants it to work by making unprecedented concessions during - and even before - the Summit.

3) When Trump canceled the Summit over North Korean threats, within 24 hours they communicated with the U.S., begging that the Summit be reinstated.

4) The North Korean people are literally starving. Kim doesn't care about that - he has murdered or imprisoned hundreds of thousands of his citizens. He does care about being overthrown, which will happen if millions of North Koreans realize that the army can kill a lot of them - but not all of them. Kim's fears of a coup were obvious when (a) He purged three of his top hardline generals and replaced them with more moderate, younger men who are loyal to him. (b) He cut the trip much shorter than originally planned. I believe was related to fears of being overthrown while he was out of town.

5) The U.S. is the big dog in this fight. Kim likes to think he is a world leader, but in fact, he is a Chihuahua puppy to Trump's massive bulldog. Kim knows that if he makes any overt hostile act toward the U.S. or allies, within hours he, his army, and his leadership will be smoldering nuclear ash. What good are his nukes to him if he can't use them?

Please pray that the negotiations that follow this Summit are swift and successful. The North Korean people deserve to eat. The South Koreans and the Japanese deserve to feel safe. And the 33,000 U.S. troops in the area deserve to come home to their families.