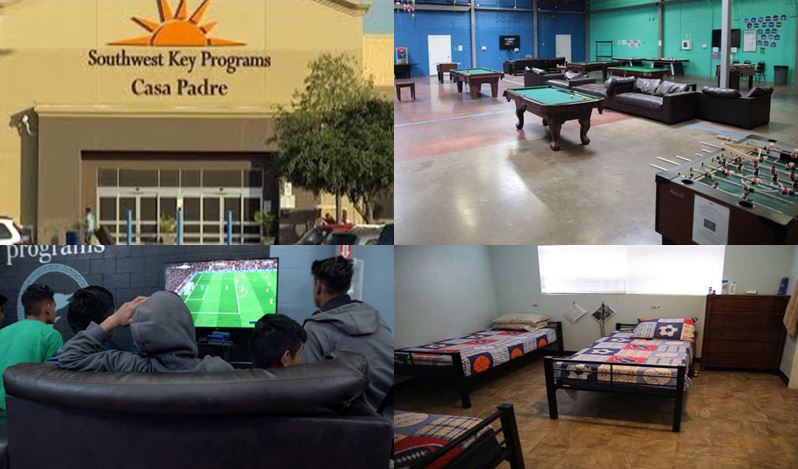 How many times have you heard that phrase this week? Over and over and over again. On every channel, every newscast. From both sides of the aisle. Everyone trying to make their points, but making them based on a false premise – that of children being separated from their parents.

What is the truth? Of the 12,000 children in the custody of Homeland Security, only 16% - roughly 2,000 – were separated from their parents. The other 10,000 were the “unaccompanied minors” who were invited and encouraged to enter our nation by Obama. Remember 2014, when Obama announced to the world that kids who arrive at our border without parents would not be deported? The word got around quickly, and tens of thousands of children showed up. And they’re still coming.

What kind of parent would allow their children to undertake a dangerous journey by themselves? Parents who are trying to game the system. Don’t think that these illegals are ignorant of the law and the way it is enforced.  They have an impressive network that passes along every change in policy and monitors U.S. news. And there are dozens of activist lawyers who travel south of the border to train and coach them in how to avoid apprehension, what to say if they are caught, and how to unlawfully claim amnesty.

The heads of ICE and Homeland Security have explained repeatedly in interviews that parents are not arrested (and therefore not separated from their children) if they cross at legal checkpoints. They are admitted and their applications are taken. So who are the 2,000 children that have been separated from parents? Ones whose families chose to cross illegally, knowing it is a crime to do so. Just like American citizens, illegals who commit crimes are separated from their children, as they should be. Who wants kids to be in detention? If an American robs a store, they certainly don’t send their kids to prison with them.

So why hasn’t the truth about separations of children from their parents gotten to the American people? Simply because the major networks refuse to air the truth. The only place you will see the interviews mentioned above is on FOX News. The other networks prefer to air lies, propaganda, and fake images.

Have you seen the photos and video of children in chain-link fence enclosures? Most of them are from the Obama era. The few that are current have been taken at temporary facilities where the children are held for two to three days. As soon as they are processed, they are transferred to facilities like Casa Padre that are nicer than most public schools. They are given nutritious food, clean clothing, and comfortable beds. They are taught hygiene, treated by doctors, and enrolled in school. The facilities are staffed by childcare experts, recreation coaches, and counselors.

The Democrats are on the networks every day calling these humane facilities “concentration camps.” What an insult to the Jews of WWII who suffered in real concentration camps! These politicians should be ashamed of themselves for using such inflammatory language. Nothing will be solved as long as they lie and use these kinds of outrageous terms.

By law, the 10,000 unaccompanied minors in these facilities have to be held until relatives or foster families can be found to take them. We can’t just turn them loose on their own. They have already been abused by their parents and the coyotes that brought them here. We can’t add to that by letting them be abused as homeless kids.

The other 2,000 never had to be in the detention facilities. If their parents had simply taken them to the well-marked checkpoints, the families would have been kept together. Instead, their parents chose to cross at dangerous places between checkpoints – the places where the sex traffickers, drug dealers, human smugglers, and terrorists cross. Which causes me to wonder why they chose these locations? Could it be that in addition to illegally crossing into the U.S. they were involved in other illegal acts, as well?

One final thought. Either the majority of TV reporters are grievously uninformed, or they deliberately tell lies for political reasons. Crossing our borders without permission from our government is NOT a “civil matter,” as they say. Obama may have treated it as such, but our laws have always classed it as a misdemeanor criminal offense. A second violation is a felony. All Jeff Sessions has done is to declare that we have once again become a country of laws. People who break the law will be charged. That is the crime that illegals knowingly commit, which causes them to be detained and separated from their children.

I think that the first violation of our national sovereignty should be a felony, which carries more severe penalties than those of a misdemeanor. Perhaps the idea of greater punishment would deter most of these people from ignoring our laws. In many nations, the crime of entering without permission is a felony with either immediate deportation or jail time as the consequence.  For instance, entering Italy illegally will earn you six months detention. Australia has mandatory detention, even if a visa holder simply overstays their visa. Friendly little Switzerland immediately deports foreigners if they are convicted of any crime.

It is terribly sad when families are separated. I feel for these children who are frightened and confused due to the selfishness of their parents.  Kids shouldn’t have to suffer because their parents break the law. But the Border Patrol is doing the best they can to keep these children safe, comfortable and happy. The Democrats and the press should stop vilifying them for doing the best they can in this difficult situation.

The Truth about Separating Kids
https://www.nationalreview.com/2018/05/illegal-immigration-enforcement-separating-kids-at-border/#slide-1