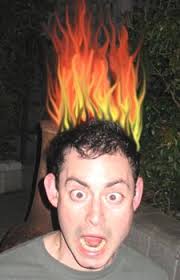 Following the recent Supreme Court ruling upholding the President's ban on travelers from seven known terrorist nations, Democrats immediately labeled the ban as "racist". They said that it discriminated against Muslims.

Obviously, they don't understand that a religion is not a race. Just as Christians can be blacks, Caucasians, Asians, or any other race, those who practice the Muslim religion come from all over. Although many in the Middle East are Arab or Persian, there are millions in Africa, Asia and elsewhere. So, even if the travel ban were against Muslims (it is not), how could it be "racist?"

These Democrats don't understand the meaning of a very important word in our society today - racist - yet they dare to accuse the Supreme Court and our president of being "racists" based on the Court's ruling upholding the ban. Clearly, neither the ban nor the ruling can be "racist" due to two facts:

1) The one mentioned above - that Islam is a religion, not a race.

2) The ban was not against Muslims; it's against terrorists.

The eight original countries covered by the travel ban were all listed as nations harboring terrorists by none other than Obama. Trump just took Obama's list and banned travel from those eight countries until they could show that they had adequate safeguards to keep terrorists from entering the U.S. via their nations.

One proof that this was not a "Muslim ban" is that two of the countries on the list (North Korea and Argentina) are not Muslim nations. Another is that there are seven nations on the list today. Chad proved that they had complied with U.S. security concerns, and Trump removed this Muslim nation from the list - while the two non-Muslim countries remain banned.

This is a national security issue - period. Yet they still set their hair on fire, because Trump issued the proclamation. If Obama had issued the same exact ban, they would have been no legal challenges and no cries of racism.

Which just goes to show that ANYTHING Trump supports, the Dems will oppose it. Remember, they voted for the Wall in 2007, but since Trump is for it, they suddenly hate it. I really believe that if the president were to walk on water, they would criticize him for not knowing how to swim.