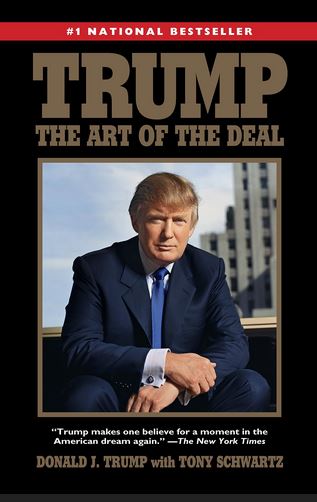 It’s been quite a week for American foreign policy. Fresh off his unconventional summit with Kim Jong-un in Singapore, this week Trump did a twofer: He shook up the NATO nations, and he had a very interesting meeting with the Prime Minister of England. On Monday he will meet with Vladimir Putin in Helsinki, Finland.

What do all these meetings have in common? The president has broken with tradition, protocol, established national foreign policy, and stupidity in general.

Why would he do such a thing? I won’t repeat the definition of insanity, but you get the idea. American presidents have been dealing with North Korea, Europe, and Russia the same way for decades. And they’ve gotten the same results for decades – which is to say, no results. So what’s wrong with trying something new?

The mainstream liberal media is practically in tears. The State Department foreign policy wonks are close to a mass stroke – everyone has 911 on their speed dial. And the Democrats! The Democrats don’t know whether to try and impeach him again or stage another of their childish sit-ins in Congress.

The problem for all these delicate flowers is that they really can’t do anything, because what Trump is doing is working.

He did the unforgivable at the NATO meeting: He spoke the truth, and on camera no less. That’s not the way it’s supposed to work in international politics. You’re supposed to talk very politely and diplomatically in public. If there is to be any unpleasantness – such as a disagreement – it’s supposed to happen behind closed doors.

Instead, Trump called out the NATO nations that had not kept their commitments to spend 2% of their GDP (Gross Domestic Product) on defense spending. Only four of the twenty-nine member states besides the U.S. had done so. Overall, American taxpayers have footed 72% of the bill for NATO – whose primary purpose is to protect Europe.

Two things we need to know about NATO and its financing. First, NATO stands for the North Atlantic Treaty Organization. Its primary purpose was to protect Europe from the U.S.S.R., and now Russia. Supposedly it is a mutual defense pact in which the United States will come to the aid of the European member nations if they are attacked, and European NATO nations will do the same for the U.S.

In fact, the main function of NATO is to put Europe under the nuclear umbrella of the United States. NATO did send air and maritime support to the U.S. following 9/11, and it supplied some troops for the various conflicts in the Middle East. But I have heard interviews with U.S. generals who have had to work with NATO troops. They complain that often these troops operate under rules of engagement from their own countries, and generally do not play well with others.

The second thing we need to know is that Trump was not asking the NATO signatories to donate 2% of the GDP to the NATO treasury. He was asking them to keep their commitment to spend that 2% on their own defense. What does that do for the alliance (and the U.S.)? It means that they are better equipped to defend themselves, and less likely to need us to bail them out.

So why should America pay almost three-fourths of the cost of an organization that mainly benefits Europe? That’s what Trump asked. And he got results. Many of the nations who were behind in their commitments promised to increase their spending. But they wanted until 2024 – 6 years – to catch up. Trump said no, so they agreed to accelerate. In all, he got commitments for an additional $33 Billion, with more to come once the leaders get the go-ahead from their respective governments.

That’s $33 Billion that American taxpayers won’t have to fund. Of course, Trump had to threaten to pull the U.S. out of NATO. If that’s what it takes, more power to him.

So to those who call him a buffoon who doesn’t understand polite foreign policy, I repeat: That’s $33 Billion that American taxpayers won’t have to fund.

Next stop, England. Theresa May seems to be a nice sort of lady. She has a great accent and is very dignified for a politician. But her government is about to come crashing down around her ears. Three of her key ministers – one of them the Brexit Secretary – have quit in the last week. If things don’t change very quickly, new elections will be called, and she will no longer be the Prime Minister.

To understand what’s happening, you have to understand the Brexit. For background, you might want to read my articles, “Great Britain's Attempted Escape from the European Union” (which includes the eight reasons the majority of British citizens voted to leave the European Union); “The British Revolution and the End of the EU” (which describes the Brexit victory over Socialist Europe); and “A Second Brexit Vote? Didn't the UK Already Decide?” (which discusses the attempts of British Socialists to overturn the will of the majority who voted for the Brexit).

If you don’t have time to read those articles, here’s the Cliff Notes version. “Brexit” stands for the British Exit from the European Union (EU). Britons who voted for it were much like patriotic Americans. They want controlled immigration, rather than the Muslim takeover that has blighted Great Britain for decades. They want control over their own laws, 87% of which are currently being imposed on them by Brussels, the seat of the EU (sound familiar?). And they want to stop paying taxes to support people who refuse to work (gee, that really sounds familiar).

When the Brexit referendum passed, PM May promised to follow the will of the people. But over the last year, she has gone soft in the negotiations with the EU. That’s why her Brexit Secretary, his principal deputy, and her Foreign Minister resigned in protest. They’re furious that she is trying to overturn Brexit in a passive-aggressive way. If negotiations continue according to the May plan, Britain will officially exit – but it will still be under the thumb of the EU. Great Britain’s laws, economy, trade, and courts will still be controlled by Brussels – exactly what millions of Britons fought to end.

Trump did privately advise May to keep her campaign promises and negotiate a fair exit from the EU. But when she ignored his advice, he gave an interview to a British newspaper that criticized her position. He didn’t trash her – he says he likes her – but he did her a favor by pointing out that if she stays her current course, any trade deal with the U.S. would be impossible since the EU will continue to control Britain’s trade policies.

We’ve already seen positive results from Trump’s NATO adventure. The results from his visit to London remain to be seen. But I suspect that PM May will reconsider her deceptive ways and back an honest Brexit, as she promised when she campaigned for her job. Otherwise, she will end up another in a long string of former Prime Ministers.

I await with interest news of Trump’s meeting with Putin. Since he is a former KGB agent, Democrats are predicting that he will eat Trump’s lunch. But as we saw in Singapore with the North Korean talks, Brussels with NATO, and this week in London – it’s not smart to bet against Donald J. Trump.