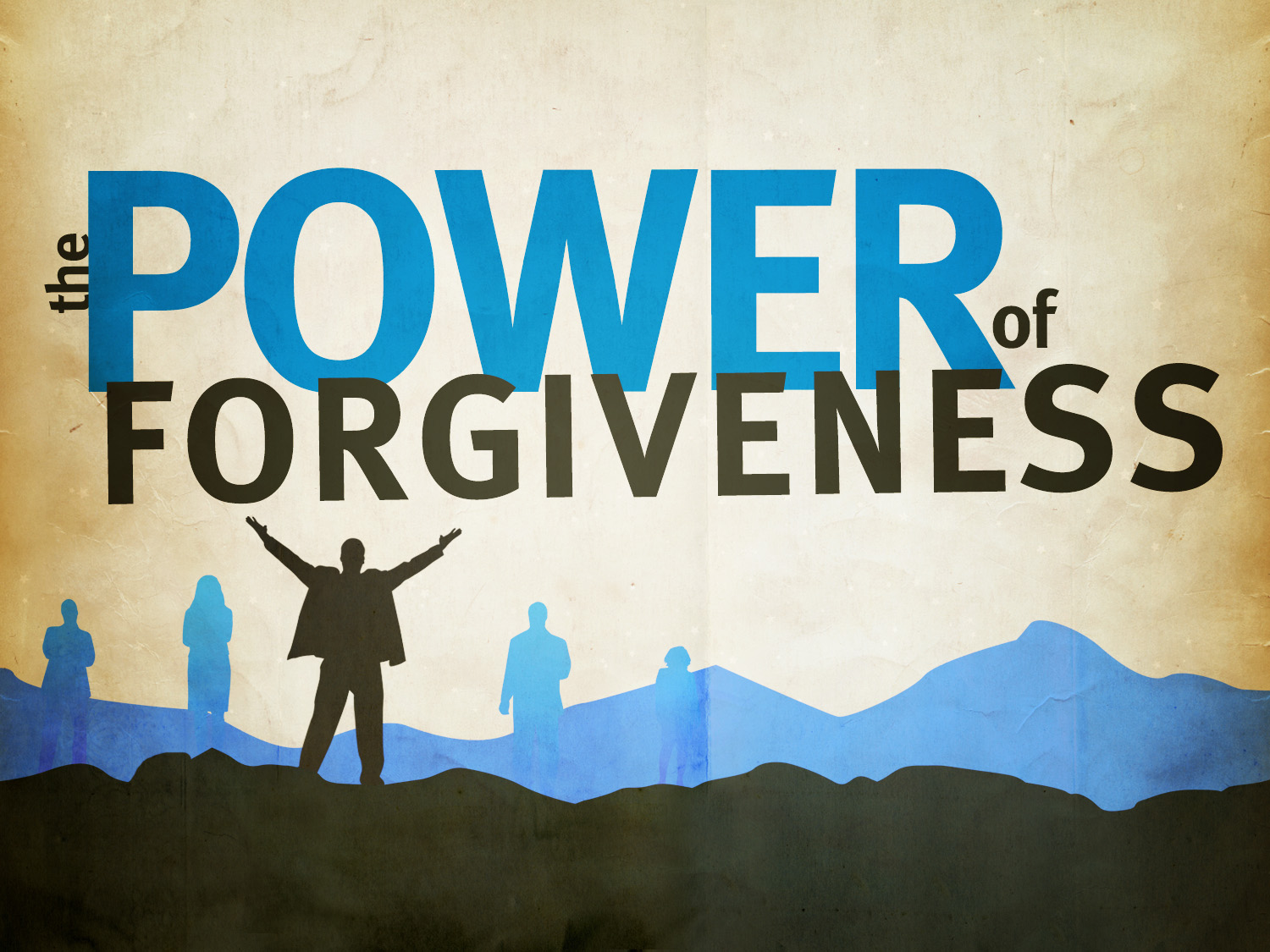 Senator John McCain, a formidable force in U.S. politics, passed away on August 25, 2018 – just a few months shy of his 82nd birthday. In reviewing his bio, I realized that we had a few things in common. We were both born in military base hospitals. We both moved from school to school as our military office fathers were transferred from bases to base. We both enlisted in the military – McCain in the Navy, Tom in the Marine Corps. And we both served a time of great national turmoil – the Viet Nam war.

But there the similarities end. McCain became an officer and a military hero. I was an enlisted Marine grunt, and never a hero. His father and grandfather were both 4-Star Admirals. My father was an alcoholic Air Force Colonel who was eventually forced to retire. McCain rose to the heights of U.S. politics: Two terms in the House, 51 years in the Senate, and the Republican nominee for president. While I am fascinated by the Constitution and the political system that has grown out of it, I just write about them.

Almost everyone wants to put public figures in slots – good or bad, Liberal or Conservative, Republican or Democrat. Fortunately, people are much more complex than the labels we put on them. Otherwise, the world would be a boring place.

Some might think it hypocritical of me to express that, because I often categorize people as Liberal or Socialist or Democrat, with the implication that they all think alike. I realize they aren’t, and that everyone’s views are much more nuanced than I can describe in a short article. But I am mindful that the most common compliment I receive from readers is that I take complex subjects, and break them down in such a way that the typical reader (who does not have time to do the research I do) can easily understand them.

I readily admit that I do that, and make no apologies for it. It's my responsibility to do so. I feel that self-serving politicians often deliberately complicate the issues, so that people on the extremes can try to distill the subject at hand into something that will fit on a placard: “Let the immigrants in.” Why? How? What will be the impact on our nation? “Impeach Trump.” Again, why? And for what? Do you even realize what impeachment is, and the Constitutional requirements for it?

For the placard people, the answers don’t matter because no one ever asks them. When interviewers go into the mobs and ask the people what they are demonstrating against, they usually don’t have a clue. When they interview the organizers, who tend to be more articulate, three organizers will often give three totally different answers. “We’re here to protect a woman’s right to choose.” “We’ve organized to save the whale (or the turtle, or the spotted owl). “ “We’re here because Trump should not have been elected.”

I try to land somewhere between the oversimplified placards and the overly complicated politician-speak. I try to make sense of and give my readers logical interpretations of events, as well as solid arguments and research to use when they discuss the issues with their friends. Because – make no mistake about it – thinking people are not convinced through rallies, sound bites or commercials. They base their decisions on thorough research and on logical discussions (or arguments) with friends.

So, was John McCain good or bad, Liberal or Conservative, Republican or Democrat? Obviously, he was neither good nor bad. Like all of us, he was both good and bad at different times. Over the last few days his friends have talked about all the kind, and even tender things he has done. But they also spoke of his volatile temper. He sounds like a human to me.

Was he a Republican or a Democrat? That’s much easier to answer because you can only be one or the other. He was clearly a Republican. But he did not always follow the Republican Party line. He voted with the Democrats at times. His single vote killed the Republican attempt to demolish the last vestiges of ObamaCare. And some diehard Trump supporters will never forgive him for opposing Trump.

For this, he had good reason. During his campaign, Trump made a callous, thoughtless, and frankly stupid remark about Mr. McCain. “He’s not a war hero. He was a war hero because he was captured. I like people who weren’t captured.” Even Trump’s own groupies at his rally booed that egregious remark. That comment by itself could have lost Trump the election, just because of all the veterans and military personnel he alienated.

McCain was shot down, was terribly injured in the crash, and landed in the midst of a mob of North Vietnamese who stabbed him and broke more of his bones. He was so badly wounded that there was no way he could have avoided capture. While he was imprisoned his captors offered to free him when they discovered his father was a Navy Admiral. He refused and cursed his captors from his hospital bed. For this, he was put in solitary confinement for more than two years, during which time he was repeatedly tortured. He spent five and a half years altogether in the “Hanoi Hilton” prison. He continued to suffer great pain and loss of mobility from his torture until the day he died.

But that’s not why he opposed Trump. He didn’t hold a grudge. I believe he forgave Trump for his irresponsible remarks about his war service. They simply had serious policy differences.  My personal belief is that in most cases McCain was wrong regarding these differences.  But his positions were based on serious personal convictions, not spite.

Actually, Trump and McCain had a lot more in common than met the eye. Both have been described as “mavericks” who don’t care what people think about them. They were both impulsive, often saying things in haste that they regretted later. Both were fiercely patriotic. They both loved and defended the military and veterans. Both had bad tempers they should have learned to control. They were both strongly pro-life. And both were very hard workers. Unlike Obama, with his seemingly endless luxury vacations at taxpayer expense, when Trump goes on “vacation” he spends most of his time working. Likewise, when the Senate was not in session, instead of heading home, McCain most often traveled to advance the causes he supported. It seems a shame that they didn’t take the opportunity to get to know each other better.

What caused McCain’s turn to the left in his later life? Part of it was his associations. There’s an old saying, “Tell me who you’re with, and I’ll tell you who you are.” He tried to reach across the aisle to get things done. His signature piece of legislation was the McCain Feingold bill on campaign finance reform. Diane Feingold is one of the most notoriously Liberal Democrats in the Senate. Getting to know people in the other party can be both good and bad. Good because it makes it easier to work together. Bad because they can influence your thinking.

Another association was with Senator Lindsey Graham. Typically described as a “moderate” Republican, he is actually very Liberal. He has been called a RINO (Republican in Name Only) by his colleagues – as has McCain in his later years. Together with Joe Lieberman they became known as The Three Amigos, often traveling together to other nations. Lieberman is the opposite of Graham – which means he’s exactly the same.  Just as a B flat is the same tone as an A sharp in musical notation, Lieberman was known to his Party as a “moderate” Democrat – which to them meant he leaned Conservative. A Conservative Democrat = a Liberal Republican.  Spending a lot of time with these two, it was inevitable that McCain would be strongly influenced by their views.

One thing that most people don’t recognize is that our experiences inform our opinions. For instance, John McCain was forcefully opposed to anything described as torture, because he endured years of torture. Even though most people would agree that some things the Obama administration labeled as torture (such as sleep deprivation and playing loud rock music) actually were not, McCain believed they were. That was his opinion, and I respect that even though I disagree with his opinion. He earned the right to his opinion.

McCain was the longest serving member of the Senate Committee on Indian Affairs and twice served as its Chairman. Due to this experience, he learned much about Indian culture and befriended many Native Americans.  Because of this, he was one of the strongest advocates for Indians in the Congress. An entire page of his official website is dedicated to them, beginning with this statement:  “I believe the federal government has a special ethical and legal responsibility to help make the American dream accessible to Native Americans.” He fought tirelessly for Indian self-governance, improved living conditions and economic development on reservations, and better housing and healthcare.

I believe John McCain’s most effective trait was his ability to forgive his opponents. Just as he forgave Trump for his hurtful remarks about his imprisonment and torture, he forgave George W. Bush and Barrack Obama.

He ran a hard and often bitter campaign for the Republican presidential nomination against Bush. McCain beat Bush by 19 points in the vital New Hampshire primaries. Later he carried a commanding lead over Bush as they fought one another with harsh campaign ads. Bush had promised to run a positive campaign, and at first he did so. But after losing badly in New Hampshire, he ran needlessly hostile campaign ads impugning McCain’s integrity. McCain replied in kind, and the campaign became very nasty. But once the tide turned against him, McCain graciously bowed out, forgave Bush, and endorsed his former opponent. He promised to campaign enthusiastically for Bush to win. “I'm going to fight with every ounce of strength I have.”

His battle for the presidency with Obama was no less bitter. But McCain forgave Obama for all the vicious statements he had made about him, and gave a gracious concession speech. “Senator Obama and I have had and argued our differences, and he has prevailed. No doubt many of those differences remain. These are difficult times for our country. And I pledge to him tonight to do all in my power to help him lead us through the many challenges we face. I urge all Americans who supported me to join me in not just congratulating him, but offering our next president our good will and earnest effort to find ways to come together to find the necessary compromises to bridge our differences and help restore our prosperity, defend our security in a dangerous world, and leave our children and grandchildren a stronger, better country than we inherited. Whatever our differences, we are fellow Americans.”

We often hear exhortations to forgive one another in our churches. But we seldom talk about forgiveness in a political context. It is assumed that opponents who fight bitter fights will oppose one another forever. But if we don’t forgive, how can we work together? And if we can’t work together, how can our nation stay together?

John McCain was not a perfect man, nor a perfect legislator.  Like me, he had many flaws. He was not one of my favorite politicians, and I have written articles critical of his positions. But I never doubted his courage, that he was a patriot with a strong sense of right and wrong, or that he had this nation’s best interests at heart.

He is certainly an example to all American politicians on how to forgive your enemies and learn to work with them for the good of the nation.