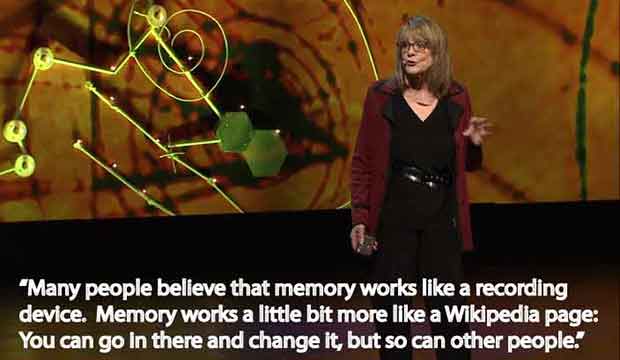 “Twenty-five years ago, I was at an abortion protest where a friend and I were assaulted and four men were arrested for it. A woman who was then pro-abortion but is now a very well-known conservative writer told the police that my friend and I sexually assaulted her. We were handcuffed and taken to a police car. This woman then told the police that she would drop the charges against us if we dropped the charges against the four men who assaulted us.

“We were afraid of this false accusation and agreed to drop the charges. Soon after, I heard this woman, who had a radio show, talk about how women who make accusations of sexual assault must always be believed. I was disgusted. Because I am a man, I cannot be believed? I refuse to accept that concept.”

I understand his fear. That attitude is being stoked by Democrat members of the Senate committee charged with approving Brett Kavanaugh’s nomination. Earlier this week, Senator Mazie Hirono (D-HI) put on a show for reporters, ranting about the "men in this country" and telling them to "just shut up" with regard to the flimsy decades-old allegations of sexual assault launched at Supreme Court nominee Brett Kavanaugh at the eleventh hour.

This is what it has come to. All women who make sexual accusations are to be believed, regardless of whether their claims are founded. And all men need to “shut up”; they are not allowed to have opinions or even to question the validity of obviously false accusations.

Before I proceed, let me make it clear that I believe that many – perhaps even most – cases of memories of sexual impropriety from the distant past are true. But the dangers are obvious when we automatically assuming that the women making the accusations are to be believed, and the accused assumed to be guilty until proven innocent. After watching the assaults on Judge Kavanaugh over the past few weeks, how many good men are going to be willing to go into public service? How many are going to volunteer to help with youth sports and other programs?

Long before Dr. Ford appeared in public, the only statement she had made was a brief confidential letter deliberately leaked by the Democrats containing some vague and unsubstantiated accusations against Judge Kavanaugh. Immediately mobs assembled holding signs stating, “I believe Christine Blasey Ford.” Judge Kavanaugh, who had been investigated by the FBI six times, and had served in high profile positions public service positions without a hint of impropriety was declared by Dems to be guilty.

Questionable accusations of sexual contact or assault appear at all ages, from small children to adults trying to remember events many decades in the past. Let’s look at children first.

Memory expert Elizabeth Loftus has conducted extensive research on the malleability of human memory. Loftus is best known for her ground-breaking work on the misinformation effect and eyewitness memory, and the creation and nature of false memories, including recovered memories of childhood sexual abuse.

“Many people believe that memory works like a recording device. Memory works a little more like a Wikipedia page: You can go in there and change it, but so can other people.” Dr. Elizabeth Loftus.

A meta-analysis of multiple studies of reported child sexual abuse cases shows that as many as 35% of them are false. This can be for a variety of reasons. Many occur in divorce cases where there has not been a hint of abuse prior to the divorce. Suddenly the child “remembers” that “Daddy touched me”, after extensive coaching by Mommy.

Many “repressed memory cases” are brought forth when unethical therapists believe abuse has taken place for whatever reason. Even though the child denies it, the therapist uses questionable techniques like hypnosis or plants ideas into an impressionable child’s mind through other means. If they try hard and long enough they get the desired result: they “remember” an event that never took place.

What about false accusations by adults? In 2006 Crystal Magnum, a prostitute, accused three Duke University Lacrosse players of rape and kidnapping. The fact that she was a black woman accusing white men made her immediately credible to the Democrat District Attorney. Her criminal history (including previous false accusations) and the fact that there were no facts to substantiate her claim were irrelevant to the DA, Mike Nifong. He proceeded to indict the three players and put them through hell for the next 14 months.

After being disgraced when her accusations were proven false, Crystal Magnum was arrested numerous times on charges of attempted murder, arson, identity theft, and child abuse. She was eventually convicted of murdering her boyfriend and is currently serving 14 – 18 years in prison. It is a shame that she will serve no prison time for her false sworn accusations.

After the case against the lacrosse players was dismissed, Democrat District Attorney Mike Nifong was brought up on charges of fraud, dishonesty, misrepresentation, making false statements before a judge, and making false statements before investigators. He was removed from office, disbarred from ever practicing law again, and served time in jail. In the proceedings it became clear that his motivation for the malicious prosecution was that he was facing reelection. Many of his constituents were black, and he prosecuted the white boys thinking it would help his reelection efforts. It did. Prominent black leaders endorsed him, and he won a tight race.

The lives of the three exonerated Duke Lacrosse players - Reade Seligmann, David Evans and Collin Finnerty – were destroyed. Their families spent hundreds of thousands of dollars defending them. Their university studies suffered. One who had a firm job offer from the prestigious financial firm J.P. Morgan saw that offer withdrawn after changes were filed. All were finally able to find employment, but the case still haunts them. One said, “I believe they will write on my tombstone, “One of the Duke accused rapists.”

Collin Finerty, one of the falsely accused men in the Duke case was prompted to get involved with the Innocence Project. This organization has proved the innocence of 350 men, over half of whom were convicted of rape. Their most recent success was the exoneration of a black man who was convicted of rape and served 38 years based on eyewitness testimony. DNA testing conclusively proved his innocence in January of 2018.

There have been many other high-profile cases of false accusations of rape or other sexual misconduct, including the one by Anita Hill against Justice Clarence Thomas. He had a similar experience to that of Judge Brett Kavanaugh, and for similar reasons.

He told the Senate committee, “This is a travesty. It is disgusting. And it is a national disgrace. It is a high-tech lynching for uppity blacks who in any way deign to think for themselves or have different ideas. It is a message that unless you bow to an old order, this is what will happen to you. You will be lynched, destroyed, and caricatured by a committee of the U.S. Senate rather than hung from a tree.”

Again, I believe that allegations of sexual misconduct should be taken seriously. But I do not believe Dr. Ford’s accusations are credible or factual. There are three possibilities:
In my humble opinion, the second scenario is the most likely. Anyone who listens to Judge Kavanaugh’s statement (video LINK below) cannot help but see that he is an honest, honorable man who could not have and did not attack Dr. Ford.

I believe she did suffer such a trauma 36 years ago. But there’s a reason that there are statutes of limitations for most crimes. (A statute of limitations limits the number of years after a crime that someone can be prosecuted for it.) Memories fade. In the case of the sworn allegations by Ford against Judge Kavanaugh, the statute of limitations ended long ago, so neither state nor local police are pursuing any charges.

I don’t believe she intended for this to become the public spectacle it has become. The Democrats have used and abused Dr. Ford for their own political ends. In a way, she is as much a victim in this process as is Judge Kavanaugh.

I've been sexually assaulted and falsely accused of sexual assault. Here's what I think of the Kavanaugh-Ford hearing.
https://www.washingtonexaminer.com/opinion/ive-been-sexually-assaulted-and-falsely-accused-of-sexual-assault-heres-what-i-think-of-the-kavanaugh-ford-hearing

False Memory: Elizabeth Loftus and the Fiction of Memory
http://filmslie.com/false-memory-elizabeth-loftus-fiction-memory/